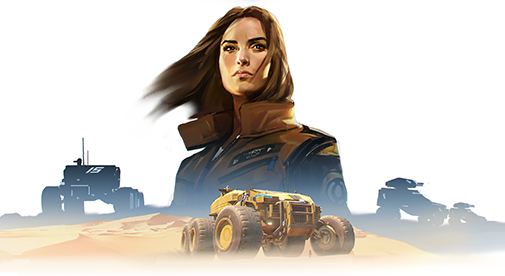 It may have taken 16 years but fans of the PC classic Homeworld are only 7 days away from seeing a new addition to the franchise with Homeworld: Deserts of Kharak. Blackbird Interactive released a story trailer for the upcoming prequel showing off some of the new land (!) carriers in action featuring a voice over by Rachel S’jet. Fans may recognize the name since Rachel’s descendant, Karan S’jet, stars in Homeworld 1 and 2 as Fleet Command. And yes, you read that right earlier, the game takes place on land on the titular Kharak. Check out the video below:

Homeworld: Deserts of Kharak launches on PC on January 20th.

Matt Kondracki is the Senior News Editor for AYBOnline.com.