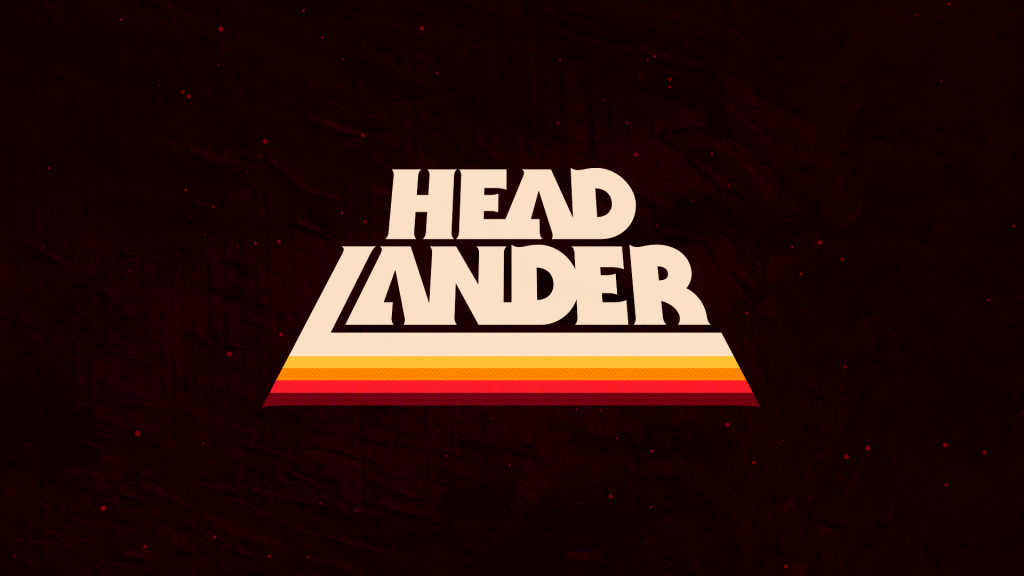 Double Fine and publisher Adult Swim could not have timed their latest release, Headlander, any better. With the sudden and huge success of the Stranger Things, it seems like pre-90’s retro stylings are coming back in a big way. But unlike Netflix’s hottest new show they took a step back further into the retro fever dream of 70’s sci-fi. Mix that style in with some Metroidvania gameplay, pulsing electronic music, and you have much more than a lazy tug at the retro heart strings.

I should admit upfront that I’ve never finished a Metroid game. Even though the original launched a scant few weeks after I first opened my eyes to this world, I somehow never felt the drive to finish a Metroid title. As I dove deeper into Headlander I began to realize what a terrible mistake I made in never giving Metroid the time it clearly deserved.

My not-so-secret-shame out of the way it’s important to note that while Headlander feels like a side scrolling Metroid game, it is by no means a clone. You may begin the game in a red space suit but that’s not until you’re introduced to a mute, rocket powered, amnesiac, disembodied head, and possibly the last human: your character.  All that remains of humanity is now contained within plexiglass and metal host robots that, functionally, aren’t much different than the Cylons in 2004’s Battlestar Galactica. This “gift” comes at a cost of suppressing all negative or questioning thought, though. Thanks to robotic overlord Methuselah and his army of Shepherds, Omega Gems inside each robotic shell grant every human immortality (and obedience) by simply transferring their consciousness to the next host after the last expires.  Every physical form is disposable.

This body swapping serves as the core of the gameplay as there is no customization to speak of; it’s all about swapping to a better body. That red Shepherd body is about to explode? Eject and swap in an orange body. That body only has 1 laser beam? Eject and grab the next one who has a double refracting laser. You get the idea. Shooting, scooting, and swapping your way into the next area of the map flows so well the pacing almost feels break-neck until you come across a secret area or two. There are no keys to collect, instead the game asks the question “what if keys were people?” and combines a 70’s Technicolor scheme where each Shepherd body represents a specific security level. It’s a clever touch that streamlines the gameplay and lets you focus on what you’re already doing: exploring, shooting, and body snatching.

After a harrowing escape from your ship, body swapping is the name of the game and required to survive when you’re not rocketing through vents to plug into upgrade nodes or crystalline energy. Those upgrades do everything from improving the armour of the next host you land on to simply upgrading the health of your noggin so you’re not caught with your metaphorical pants down between body swaps. Even if you search every duct and nook on the space station Double Fine does a wonderful job of making sure you never feel too powerful or ill-equipped for the next encounter. You’ll rarely be charging headlong into the next room without feeling like you can take on the next puzzle or sea of Shepherds.

This may sound clunky to some but once you figure out the rhythm of literally pulling the head off a robot’s shoulders (more on that in a second) and landing on the lifeless host is strangely gratifying. Yes, pulling off their heads but not through something as brutal as slicing or punching but sucking. Vacuuming to be precise. You’ll often find yourself bodiless and floating about searching for your next bi-pedal home and mastering the ability to orbit then suck the brain ball right off their shoulders is as critical to your survival as it is fun. There’s something innately gratifying when after you say to yourself “I want that” when you look at a yellow Shepherd with a tri-shot ricocheting laser beam and promptly rip the head from their shoulders to claim it’s body as yours. Eventually, you’ll earn upgrades that do everything from giving your hosts bodies’ charged blaster shots, extra armour for your helmet, or super speed complete with retro 70’s coloured ghosting.

It’s little touches like that which give Headlander an awesome retro vibe. If you’ve ever been in an old mall or the dated halls of an aging college campus you’ll instantly recognize the earthy hues of the 70’s. From the autumn coloured menu to first gazing upon the Pleasure Port, a psychedelic and shag carpeted robo-utopia, the game oozes it’s aesthetic from beginning to end. It’s not a stretch to say this game feels like a love letter to retro sci-fi that came about after the end of the archaic Motion Picture Production Code (aka Hays Code) in 1968. Fans of Kubrick’s 2001: A Space Odyssey or Logan’s Run will feel instantly at home here. If you liked the pulsing 80’s synthwave of Ubisoft’s Far Cry 3: Blood Dragon you will stay for the soundtrack alone.

As sweet as it is to feel the neon tones of retro sci-fi wash over you there are some annoying kinks that break up the otherwise wonderful experience. There were a few times in the game where I charged through room after room mowing down and stealing Shepherds to complete my goal only to realize I had to backtrack through several areas to complete my objective. Most frustrating was when I hit a yellow door but could find no yellow Shepherds to open it; it took an embarrassing amount of time for me to realize that I had missed one objective on the labyrinth dungeon map I use to track my progress. Backtracking, as annoying as it may be, will happen but thankfully rarely feels dull thanks to some gorgeous environments and typically Double Fine humour from the NPC’s. Once I realized I could assume the body of Mappy, the autonomous map droid of the space station, and absorb his mapping data my frustration usually melted away.

It’s hard to stay mad at this game. Every time I died and the screen erupted in a pulsing psychedelic wave of colours I was right back at it looking for the next secret or puzzle. There was always something that gripped me about from the pulsing synthwave soundtrack to the glowing ambiance of the Pleasure Port before entering the Boob Tubery. It’s trippy to at one moment take your robotic shell for a disco dance in the Fondlarium, to the next where you’re fighting the oppressive Shepherds around nearly unaware civilians writhing and gyrating their way through the day. This is the sort of game that could only come from the minds at Double Fine and you owe it to yourself to experience it.

Matt Kondracki is Senior Editor, News for AYBOnline.com. And his opinions are just like his own, man.