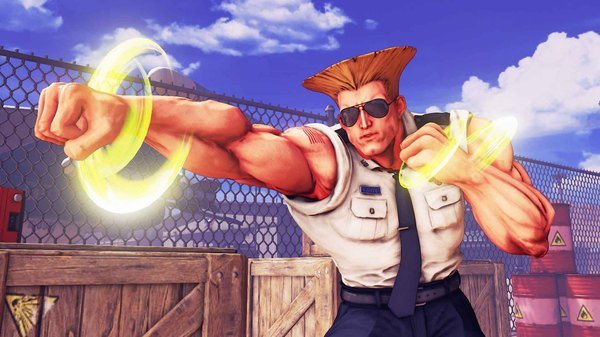 The classic American commando Guile is back in the upcoming Street Fighter V April update with some new play-style changing mechanics to mix things up. The game will finally be including a rage quit punishment system and a few matchmaking improvements. Flash-kick over to read more! 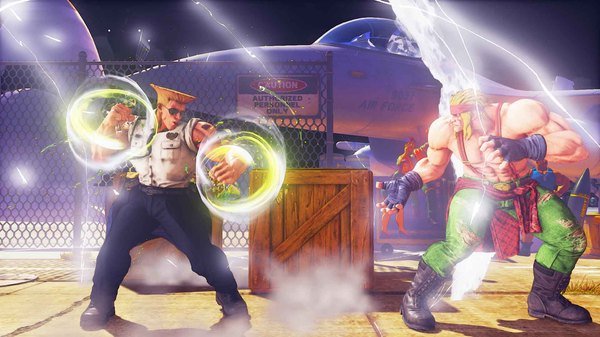 The new take on the iconic Street Fighter: Guile is packing some serious game changing updates according to Harrison over at the Capcom Unity blog; he would still remain a dominating force on both ground game and in the air, but a new ability was added called Faultless Move allowed Guile to maintain his charge and still move forward with a cute little wiggle crouch-walk. This addition would make a great polarity between turtle style players who would crouch-charge and bait for wreck less attacks and openings to a much greater aggressive pressure game. This would allow Guile players to dictate the tempo of the match much more easily; and in my opinion make for what classic Street Fighter II was about: mind games. 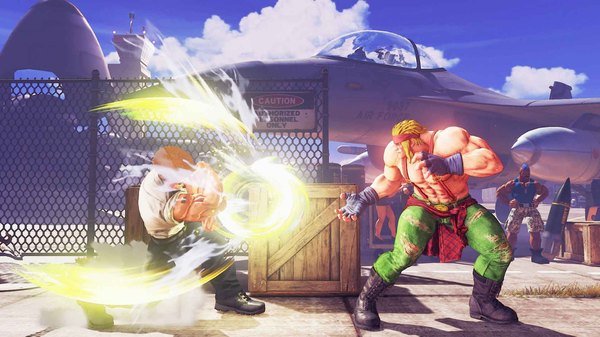 Alongside the ability to move and charge with Faultless Move, Guile’s V-Skill Sonic Blade only increases the potential wake-up pressure by creating a stationary sideways Sonic Boom. The projectile increases the durability of regular Sonic Booms  which can not only help against projectile breaking wake ups or fend against Hadouken spam; the skill would also be great “mix up” potential on a knocked down enemy (a mix-up is strategy to make an attack much more difficult to predict). What this means for the Sonic Blade is that while an enemy is standing up from being knocked down and the projectile is right over them, that player would need to guess which way to defend (left or right); and if the Guile player was to jump over the downed opponent, Guile would be effectively attacking from both sides (this is also called a cross up). Another character (who executive producer Yoshinori Ono confirmed to be added later) Urien and one of the newly added characters Laura have a similar “stationary” projectile (though theirs moved slowly) technique described. Below is a set up example courtesy of TheSassageKing:

The thing I’m most hype about is Guile’s V-Trigger: Solid Puncher, when activated he is apparently able throw continuous Sonic Booms at different velocities; which sounds like a nightmare to block and get through. The thought of a hail of golden onion rings floating through the air like Sonic the Hedgehog dropping all of his rings is exciting! Solid Puncher combined with the return of his Critical Art: Sonic Hurricane sounds like an incredible offensive force; it would have the opponent literally jumping hoops. 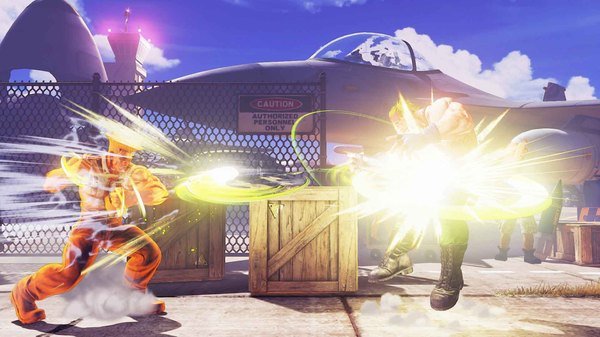 Capcom brought back a classic character so why not the matching stage to go with it. The classic Air Force Base stage is back with a beautiful remix of Guile’s Theme was featured in the reveal trailer and it even has the same NPCs that were in the original. The beautiful thing about the new additions is that for those who are not interested on micro-transactions and season passes (I’m looking at you Orion) is you can earn add-ons through in game winnings. Now that’s a tune that we can all sing to! Although it doesn’t go along with everything as Guile’s Theme does.

Another great tune we can all sing to as the sound of rage quitters crying after they implement the new punishment system for abandoning the match! Quitters will be tracked, lose ranked score and warned with increasing suspension time for match. Online play will also get an update with match connection times and better search criteria. Sound great to me but it still doesn’t make me any better at the game. The update is slated to release this April.

Kevin Marn is a content writer for AYBOnline.com, as much as he loves the game, he still gets bodied at Street fighter