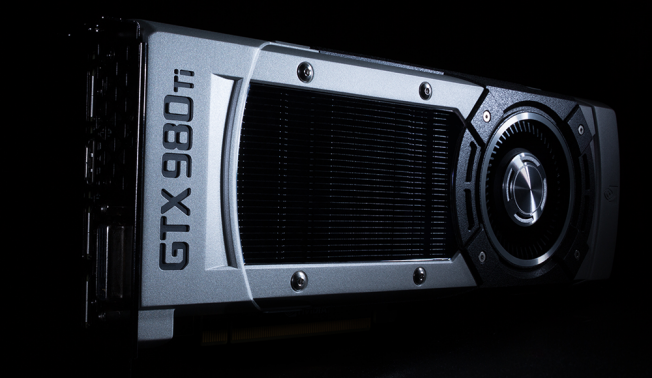 Last September Nvidia dropped a bomb on the graphics card industry by launching the Geforce GTX 970 and GTX 980 cards using GM204 Maxwell GPUs. The performance leap over the previous generation was considerable, especially since it came in at a lower price. Not long after that, rumors began circulating of a GTX 980 Ti that would fit into the higher price point.

We’re now approaching June, a full 9 months since the launch of these cards, and finally there’s some truth to the rumors. Following in the footsteps of the mighty Titan X that launched earlier this year, the GTX 980 Ti uses the GM200 core as well. This time however, instead of the full GM200-400, Nvidia is using the slightly-cut-down GM200-310. The new GPU has two SMM units disabled, resulting in 2816 CUDA cores and 176 TMUs — down slightly from the 3072 CUDA cores and 192 TMUs found on the Titan X. The 980 Ti has 6GB of GDDR5 on 384-bit memory bus. Core clock, memory clock, and bandwidth remains the same as the more expensive card. 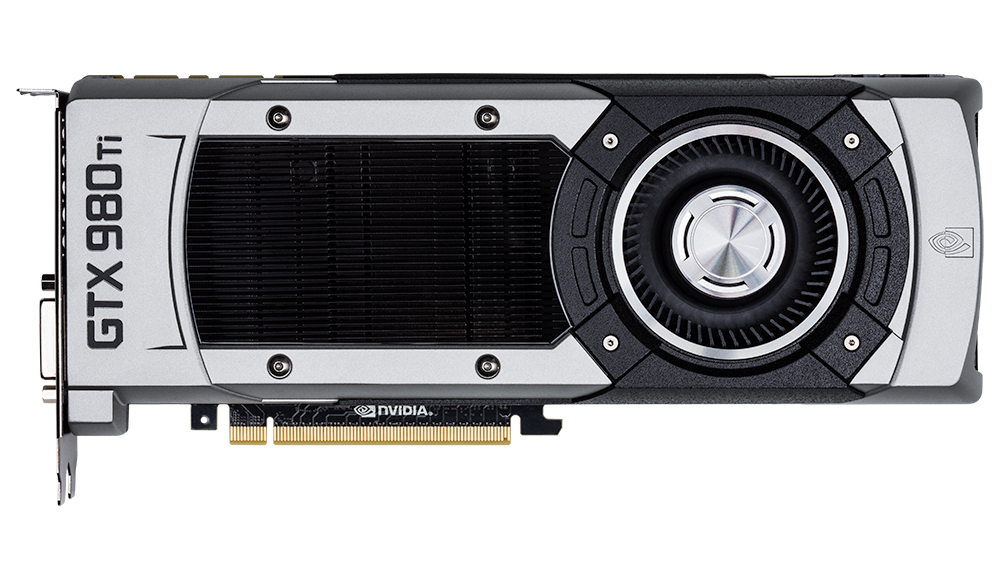 Early versions of GTX 980Ti cards will be built on the same reference design as the Titan X; however, unlike the previous card, partners are free to create custom PCB versions. Expect to see overclocked, re-engineered and watercooled editions in the following months. For now, early adopters can pick these up starting in early June. The MSRP has been set at $650 USD, which will be somewhere around $800 in Canada.

Last year with the launch of the GTX 980, the price was surprisingly low. This winter the Titan X dropped, and it’s actually quite high. When the original Titan card launched at the $1000 price point, it was sold for its merits as an affordable entry into high-end processing. It had scientific merits and thus justified a larger price point. The current Titan X however, does not have the same computing capabilities and is essentially riding on the Titan name to maintain the premium price. The only real benefit is it now has the larger frame buffer. 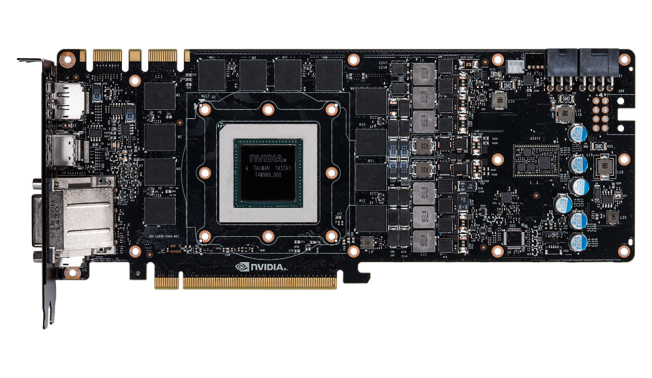 The embargo was lifted on the GTX 980 on May 31st, and the benchmark results that have been released are truly remarkable. In almost all cases, the new GPU runs neck and neck with the much more expensive Titan X.

AYBOnline has not had the good fortune to recieve a review sample (yet), but you can bet we’ll be trying.