The Gluten-Free Opinion 3 — Is Star Wars: Battlefront Actually Worth Checking Out? 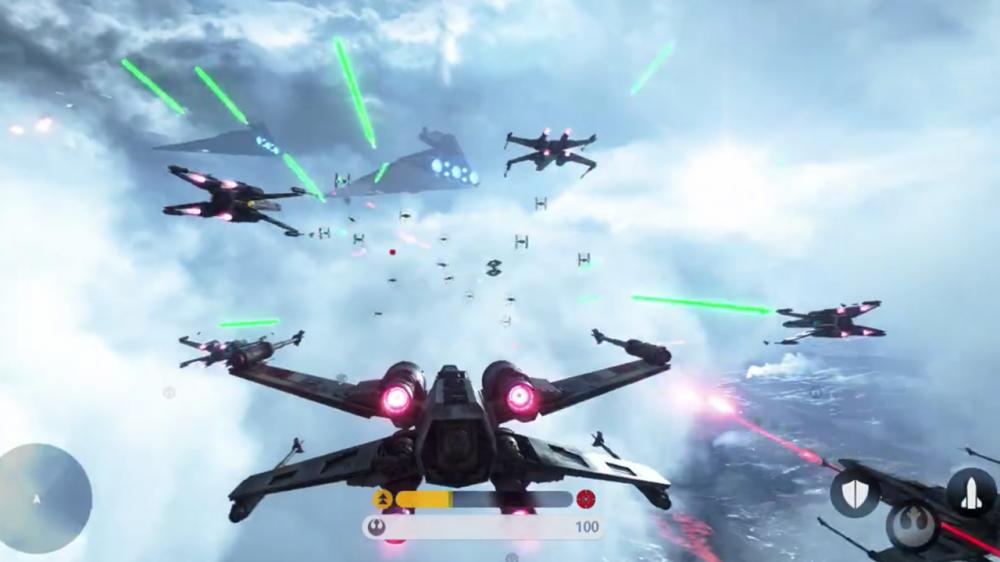 Well, the burning question that I’ve had over the last month:

“Is Battlefront even worth checking out?”

The answer may surprise you, as you know I have had some pretty firm and, well, absolute stances on EA handling the release of Battlefront for the new generation of gamers. I still do feel that way… however what I wasn’t expecting was how DICE pulled off some amazing things within the game.

For the most part, I found my time in Battlefront to be bland, lacking and well not stimulating. I had jumped into several of the game types and it really pains me to say IF you don’t buy the Deluxe Edition or the Season Pass, you’re basically SOL, there is no God coming to save you and yes, unfortunately you will get punished for not supporting the “Pay to win” Model. 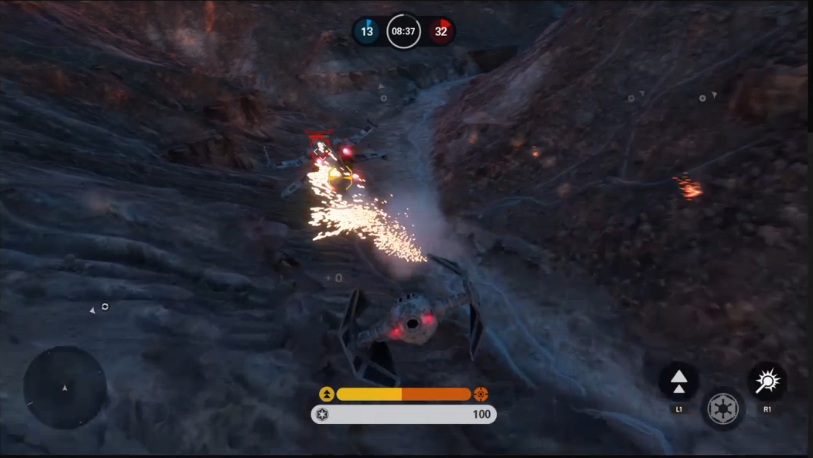 In the FPS portion of the game, which with a twist from DICE was so Battlefield-esq I did enjoy the running around, getting shot, shooting and of course getting stomped on by a AT-AT here and there and that’s basically about it, the core mechanics were nothing different than anything from the Battlefield franchise. The FPS was unforgiving to anyone without the paid DLC as everyone seemed to rock the signature Han Solo pistol, which is literally a one hit, one kill gun and it doesn’t matter where you’re hit, Knee cap, chest or toe.. it’s absurdly over powered and honestly gives the player a huge advantage on the battlefield, I didn’t stand a chance against other players till I got to rank 15 where I was able to purchase (with in-hame earned credits) a Battle Rifle with triple shot. 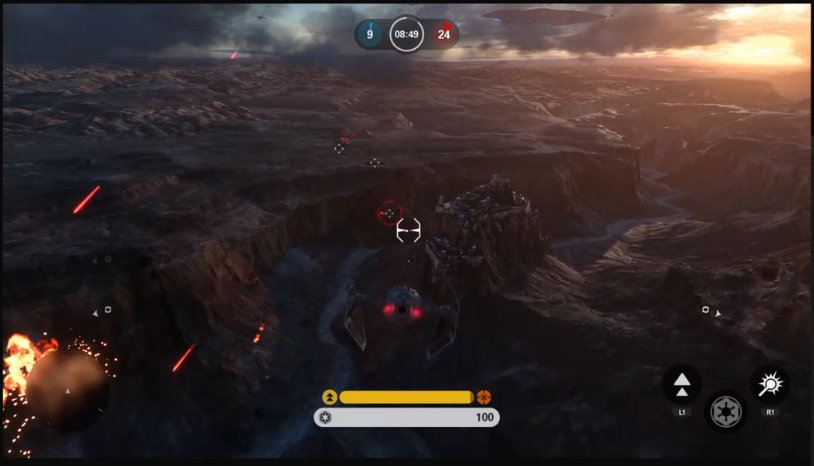 Overall, I was not a fan of the FPS– however, the saving grace and the only game mode I truly enjoyed was Fighter Squadron. This was the most genuine challenge, experience and best part of the game.

I have to give a shout out to DICE and EA for a job well done. The attention to detail on the aircraft designs,  how ships turn on a dime, dog fight, the weather. The dedication to all of this is apparent. 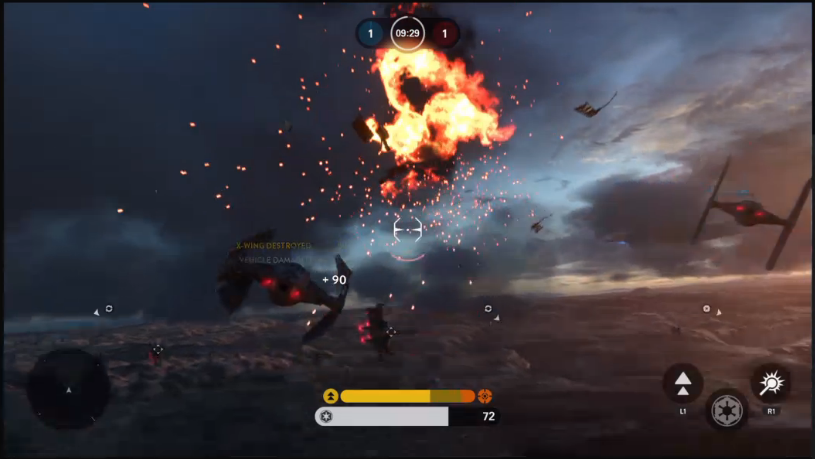 I’m an Empire junkie. Nothing was more satisfying for me than flying a TIE Interceptor and dive bombing a group of X-wing fighters and tearing them up, parts flying everywhere. To be simply put it was art. The work that was put into a ship getting damaged, and watching the slow deterioration of the hull and finally the firing explosion. It was like watching an artist with a brush paint a beautiful theatre of war. 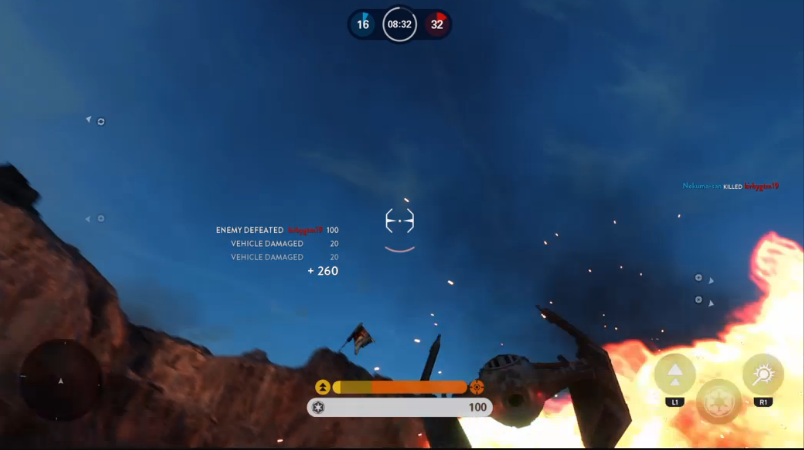 In all honesty, this was the saving grace of this game and separates it completely from Battlefield. My hope for this game mode is to add other ships such as the Y-wing, B-wing and seeing the likes of the TIE Bomber and TIE Advanced. Hopefully EA and Dice do listen to their fans and bring in space combat like we saw in Battlefront II where we can take out frigates, cruisers and the likes of Mon Calamari Cruisers. Ah yes, the beauty of space combat. This only gives me hope and I can’t even believe I’m saying this, but I faith in DICE and EA to make a proper new age Rouge Squadron, or even X-wing VS TIE Fighter…Now that would be something to see.