Get These Awesome Deus Ex Soundtracks on December 2nd 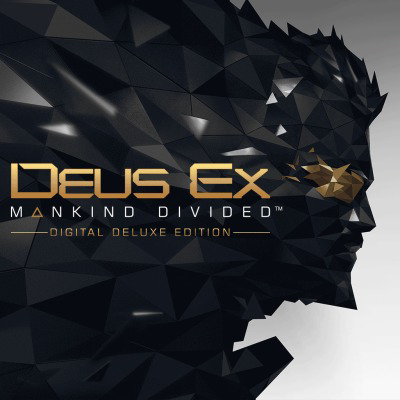 If you have played any of the recent Deus Ex games, you already know that the music is quite fantastic. A combination of mysterious atmospheric music, techno, and intense pulse-pounding themes accentuate the world that Adam Jensen inhabits. Soon, fans will be able to enjoy music from Deus Ex: Human Revolution on a limited edition vinyl, as well as the music from Deus Ex: Mankind Divided on CD, streaming devices, and digital stores on December 2nd!

Deus Ex: Human Revolution contains close to 200 different tracks, but the vinyl combines many of them into 25 tracks spanning about 70 minutes. Composed by Michael McCann (XCOM: Enemy Unknown), the game’s soundtrack fits the tone of the game’s cyberpunk-inspired world perfectly. The vinyl itself is pretty impressive-sounding. It will have a gold foil inlay album cover, as well as a gold-coloured vinyl. The cool part is that the vinyl contains two bonus tracks, “Deus Ex: The Fall (Menu Theme)” and “Sarif vs. Unatco.” It sounds like a great collector’s items for fans of the franchise. It is available for pre-order on Amazon.com.

Deus Ex: Mankind Divided is getting two different versions of its soundtrack: a standard edition, and an extended edition with 14 additional tracks. For Mankind Divided, Michael McCann is joined by Sascha Dikiciyan (Borderlands 2) and Ed Harrison (Neotokyo) to bring an even more expansive soundtrack than the previous title. If you are like me and cannot wait to find out what songs are on these soundtracks, you can check out the track list for the standard edition here and the extended edition here.

While Deus Ex: Mankind Divided has had a few issues, it seems that it has been a pretty darn good year for the Deus Ex series. It seems that Square Enix and Eidos Montréal aim to cap off the year with the release of these soundtracks.

Nedu has been listening to the Deus Ex: Human Revolution Main Theme on loop for the past hour. He is also a content writer for AYBOnline. His views are his own.