Get Ready To Travel With Pokémon GO! 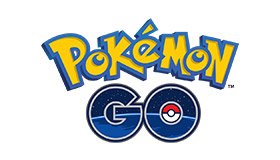 “I will travel across the land, searching far and wide”. That’s how part of the original Pokémon theme song went. And now we are getting closer than ever to that actually becoming a reality.

For those familiar with the Pokémon franchise, you’ll notice that some of the regions use real-world places as inspiration for a generation. The best example of this recently was the release of Pokémon X and Pokémon Y, where they used France, and Paris in particular, as the foundation for Generation 6. Now however you’ll be able to explore your own city to try and Catch ‘Em All!

Per a release from developer Niantic Labs, Pokémon GO will operate in a similar fashion to the series’ Safari Zones when looking for and trying to catch one of the 721 current Pokémon. You’ll be alerted to an encounter when your phone vibrates. From there, you’ll need to throw some Pokéballs to try to catch your potential friend. Don’t get too confident, though, as they can run away.

But there are other ways of collecting those pocket monsters aside from catching them. Collect a couple Caterpies? One of them may evolve into a Metapod. Oh, you like breeding in the main games? Head over to a PokéStop and you’ll potentially get an egg! Hatching Eggs works like it does in the standard games, so walking will help hatch your new partner. Just don’t get caught walking in a circle around Lumiose City!

Speaking of PokéStops, they are based around interesting locations, such as Art Exhibits, Museums, and Monuments, and will serve as a place for you to fuel up on your Pokéball supply, and the aforementioned Eggs. Pokémon Gyms will operate in a similar manner, where real world locales will be used to test trainers around the world.

What is really neat, is that after a certain point in your levelling, you’ll be asked to join one of three teams. Notice that a Gym is sitting empty? You can claim it, staff it with one of your Pokémon, and then let your other teammates know that you’ve claimed it, so they can drop one of their ‘Mon’s off to help defend against rival trainers and teams. If a Gym is claimed by a rival team, you can challenge it and see if you can take it over from that team. Expect there to be a lot of heated battles at these places, as teams fight for control of the world!

And that’s not to say that there will only be Gym Challenges. There will be a plethora of challenges, including exploration and collecting/catching, which once earned will unlock medals and help you level up. These medals will appear on your Trainer Profile, and will be used as a source for gauging different trainers and their journey in Pokémon GO. So I can tell you right now, I’ll do my best to collect them all! I just hope completing the Pokémon GO Pokédex doesn’t take me 14 years like the one in my X&Y has.

There is also going to be the Pokémon GO Plus wrist band, which will pair with your smartphone via Bluetooth. This device will allow you to interact with the world and will notify you of any nearby Pokémon using an LED and vibration. You’ll be able to catch them (along with a couple other unannounced options) with the press of a button. So for you die-hard Trainers out there, this may just be the thing to help you push the envelope and become a Pokémon Master!

Pokémon GO will be available on Android and iOS, For more information on Pokémon GO, head on over to their website!

Quinn Smith is a Contributor for AYBOnline. When he isn’t training his Bulbasaur, he’s off collecting the last few Pokédex entries he needs to rest easy until Sun and Moon arrive. His opinions are his own.