Get Ready To Crush Some Clowns In Masquerade: The Baubles Of Doom 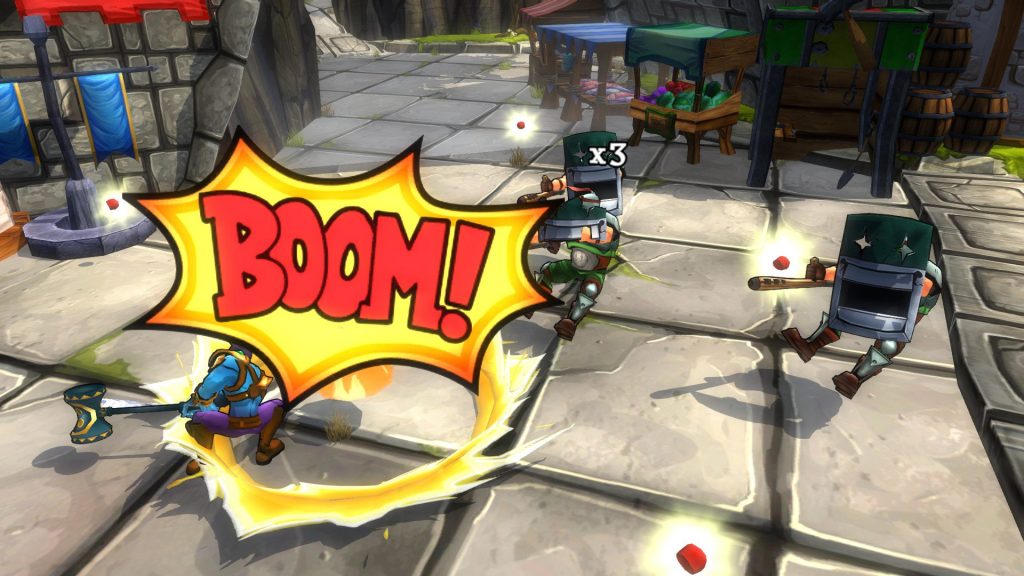 An evil army of clowns are attacking and there’s only one man for the job. The blue skinned, hammer wielding, jester known as Jaxx. I know it sounds ridiculous and it’s supposed to be. Just watch this trailer for Masquerade: The Baubles of Doom.

Masquerade: The Baubles of Doom comes to us from Big Ant Studios and they want to bring back some of the fun and whimsy of 90’s adventure games. There are no space marines or stealthy assassins here; just good ol’ fashioned clown on clown violence set in ridiculous and colorful sprawling landscapes.

Combat will apparently be based on chaining together hammer smashes, counters, throws, take downs, and specials similar to the Batman Arkham series of games. And of course you’ll get to use these swift and stylish combos against a range of unique enemies and bosses types.

The game claims to offer numerous high wire platforming challenges to add some variety and let the players explore the world.

dandr0id Masquerade: The Baubles Of Doom