Get Eaten By A Giant Worm In Nidhogg 2 On PS4 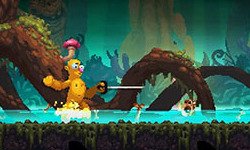 So y’all know about Nidhogg, right? Two people try to stab each other, get to the other side of the arena, then get eaten by the giant worm-dragon that gnaws on the roots of Yggdrasil? Well, its sequel is coming to PS4. BEHOLD!

Nidhogg 2 adds quite a few new features to this fast paced fighter. Players can look forward to more than ten levels of mayhem including local and online multiplayer as well as a tournament mode. Fans can also face the AI in new single player mode! Perfect for those of us with no friends! Ahem. One of the most exciting things is the new music. Players can expect tunes from artists such as Dose One, Daedelus, and Mux Mool. I cannot wait to hear the new music! 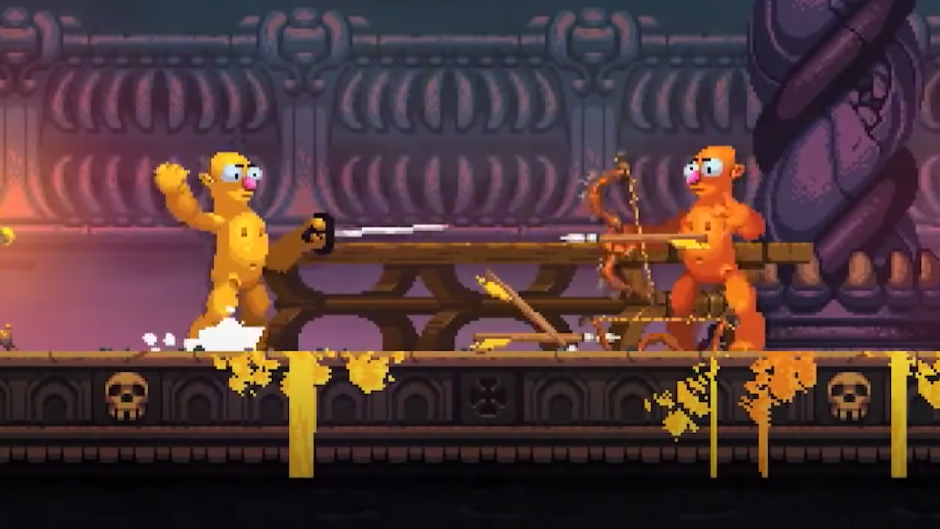 As you can tell, Nidhogg 2 boasts a ton of new weapons, moves and a completely new art style by Toby Dixon. The newly designed characters and more detailed backgrounds add a layer of zaniness to the whole game. I mean, look at those faces! They are both hilarious and oddly terrifying. While I am not crazy about the art, the game itself looks and sounds absolutely fantastic. PS4 users can expect to play Nidhogg 2 in 2017.

Nedu can’t wait to throw axes at his friends in Nidhogg 2. He is also a content writer for AYBOnline. His views are his own.