Game On at The Video Game Awards 2015 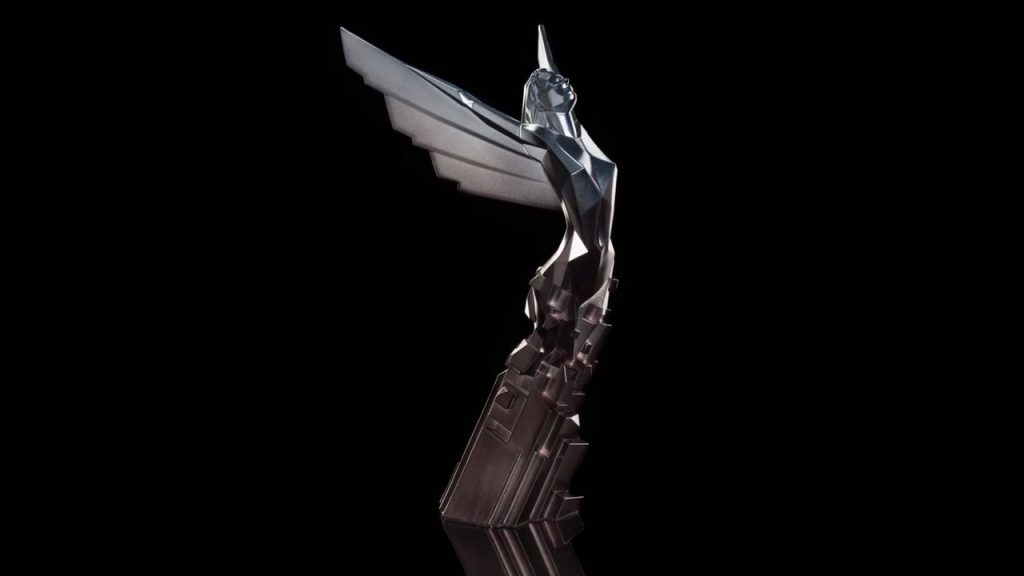 It’s that time of year when gamers come together, gather around the computer and argue about who should win an award for game of the year, even though we all know it should be Rocket League. But seriously, this year was filled with a pretty good amount of well deserved awards and surprise announcements. So grab some Mountain Dew and Doritos and let’s relive the night that was The Game Awards 2015.

Pilgor the Goat and Friends

Viewers were treated to amazing trailer for the brand new Goat Simulator DLC in the key of Reservoir Dogs known as New Super Secret DLC. The trailer showed off new characters such as a camel named Humphrey Ciabatta and a fat dolphin in a wheel chair known as Dolph Spaghetti. Judging by the hilarious names and tone of the trailer, the team at Coffee Stain Studios are still up to their wacky antics with this one. No other info or release date was given with the trailer.

Another little treat before the show started was an interesting and mysterious teaser for a new IP from Dim Bulb Games called Where the Water Tastes Like Wine. There was no game play present, but it’s described as a game about “traveling, exploration, and telling stories, set in a dreamlike and fantastical American landscape.” I will definitely be looking forward to hearing more about this one in the future.

New title from Hello There, Kung Fury: Street Rage seems to be an expansion on the free to play smart phone game. Now instead of tap controls, you can use game pads and you’ll also be able to play as movie favorites Kung Fury, Triceracop, Barbarianna, and Hackerman. The developer also says that the game will be voiced by the original actors and is available right now on Steam and PS4.

Crystal Dynamics showed off a short twisted trailer for the brand new Rise of the Tomb Raider DLC known as Baba Yaga: The Temple of the Witch. This definitely looks to take a cue from survival horror games and states it will add an all new story and hours of gameplay. The DLC should be available in early 2016 for Xbox One.

The minute long trailer shows Nathan sneaking around where he shouldn’t be and ultimately gets into some nasty hand to hand combat with a new Australian female character known as Nadine Ross. Nothing else has been said about the character, but I’m sure we’ll be hearing more about her in the coming weeks.

Return to the Grid

The new game Tron Run/r is a flashy little infinite runner set in the grid where you will run, glide, and of course pilot the ever iconic light cycle through level after level of ever increasing baddies and neon soaked cityscapes. The game is now available through Steam Early Access here.

The Shaq is Back!

That’s right; it was a successful Kickstarter and not a joke. The new game, Shaq Fu: A Legend Reborn, will let players play as basketball, and apparently kung fu master, Shaquille O’Neil in an 80’s style side scrolling beat ‘em. No release date has been given, but I will personally be eagerly awaiting its arrival next year.

CS is GO on TBS

TBS finally showed of its plans to bring the world of eSports to TV in a big way. The new show known as E-League will focus on 2 ten week long CS:GO tournaments involving 15 teams from around the world going head to head for a grand prize of 1.2 million dollars. TBS is promising over 30 hours a week of unprecedented access into the world of eSports and I think they are doing this the right way with the high octane action of Counter Strike. No official schedule for the show has been released yet.

Telltale Goes Behind the Mask

Telltale finally got to reveal their formally unnamed DC game as a new Batman game. Unfortunately, there was only a short teaser shown that both figuratively and literally painted a portrait of Gotham cities’ crime and corruption. Telltale says that the game will take players deeper into the complex life and psyche of Batman’s alter ego Bruce Wayne. We’ll just have to wait for more details on this as its slated release is set for 2016.

Ubisoft released the newest trailer for Far Cry: Primal and it was packed with gameplay this time. The trailer focused on the players’ new ability to become a beast master and use saber tooth tigers, wolves and bears to do their bidding. The game is looking great and it looks like it’s going to be an absolute blast to take down a camp of hunters with a stone spear and a pack of wolves at your back. Release date is set for sometime in late 2016.

Well folks, it finally happened. Hell froze over, the cows came home, and Tim Schafer officially announced Psychonauts 2 entering pre-production. This was truly a show stopper and totally made my night. Even with though we were only treated to a short teaser and a distant rumored release date of fall 2018, I guarantee the rabid fan base have already set their alarms and marked their calendars for the next game in this truly stellar series.

It’s seems like a no brainer that a game as amazing and popular as Rocket League should be available on all platforms and now, it’s one step closer as it makes its’ debut on Xbox One Consoles. Developer Psyonix will include 2 exclusive cars modeled after the bad ass armadillo from the Gears of War series and the legendary Warthog from the Halo series at launch. Rocket League for XBox One will be available this coming February.

Another gaming event, another trailer that seems to have little to do with the last one. For a game about  time travel, it sure certainly seems to be taking forever to come out. The short trailer shows a few more clips of time manipulation, confused people, and a whole lot of floating objects. I think Remedy Is definitely going to have to do more than show us short trailers to keep people interested in this title. Quantum Break is set for release April 5 2016.

Geoff Keighley and the Game Awards took a few moments to remember the late, great Satoru Iwata with a lovely little slide show and a couple minutes of heartfelt words from Mr. Reggie Fils Aime.

Get Ready to Virtually Rock Your Socks Off

That’s right, everyone’s favorite living room rock show is coming to the Oculus Rift in 2016 with Rock Band VR. Developer Harmonix plans to get players closer to the action than ever before and rock out on a virtual stage while laying down some tasty solos on their six button guitar. Not much other info was given on the project, but I’m sure we’ll be hearing plenty more about it as the VR scene heats up next year.

Honor to the RTS Icon

The Game Awards took a few more minutes out of their busy schedule to honor the legendary Westwood Studios who created such classic games such as Dune II, Blade Runner, and the amazing Command and Conquer series. Co-founders Brett Sperry and Louis Castle accepted the award.

And The Award Goes To…

ESPORTS TEAM OF THE YEAR

ESPORTS PLAYER OF THE YEAR

ESPORTS GAME OF THE YEAR

DEVELOPER OF THE YEAR

GAME OF THE YEAR

All in all, I was pretty impressed with the overall look and feel of the Game Awards this year. They seem to have come a long way from the VGA’s of yester year that were famously riddled with poor product placement and even worse celebrity endorsements. I don’t totally agree with some of the award winners, but that’s to be expected at an event like this and I will definitely be content with CD Project Red taking home a very well deserved game of the year award.