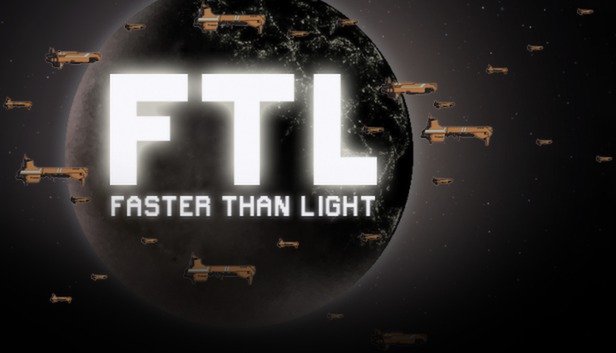 Do you like grand adventures? Do you like Space? Do you like having your entire crew viciously murdered by aliens as your ship is blown apart by breach missiles and lasers?
Then look no further, FTL is the game you’ve been looking for!

Orion here with AYB Reviews, this week we sneak a peak at FTL (Faster Than light) 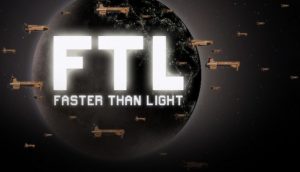 FTL is a rogue-like space adventure game with a classic ‘choose your own adventure’ feel to it, all that with the grand adventure of space!
However do not let that fool you into thinking the game was easy: this is the DarkSouls of space games.

FTL is a game of choice, pain, misery, and death.

You’re immediately thrown into a civil war, where you control a Federation Ship with a crew of humans and a vast variety of aliens. Your crew can range from Humans to the exotic alien races like the Engi, Zoltan, Mantis, Slug, and Rockmen.

Your goal is seemingly simple: outrun and outlast the oncoming rebel armada and alert your allies of the incoming attack.

We start the game by choosing from a selection of federation cruisers. There are ten ships to choose from – and each ship has its own specialties and advantages. Take for instance the Engi Cruizer – it’s built for disabling and drone clean up.  The Human ship is just a well-versed rebel killing machine. In the end, the choice is yours which ship you choose to complete your mission.

The objective of the game is simple: get from one Sector to the next without dying or losing too many crew members, and eventually making it to the end to alert the remaining federation fleet of the coming rebels – that is, if you somehow survive.

The game play is a randomly generated point and click while hoping you don’t die a horrible death text adventure.

I’d like to say you play as the fearless leader the captain, but no; really you play sort of a “space god of chaos and control” where you basically decide how this adventure begins and, in most cases, how it’s going to end.

With decisions ranging from answering distress beacons to nearby asteroids, from having your crew murdered by giant space spiders to chasing down pirates, and even having your entire crew overtaken and sold into slavery, you never know what’s on the other side of a jump – and that’s what makes this game beautiful.

I personally cannot recommend this game enough.  If the gameplay doesn’t immerse you, the soundtrack definitely will. I can honestly say I sat down at the loading screen to just get lost in the music.  This is the real bread winner for this game since it builds that much needed auditory atmosphere and gets the player involved directly to the game.

So what are you waiting for? Go get rekt in space, and let us know about your adventures in the comments below!
What crazy shenanigans did you encounter?
Until next time, Orion out!