For Shovelry! Shovel Knight Releases On Xbox One Next Week 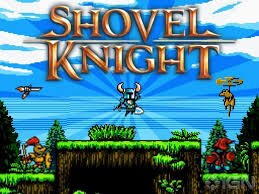 For Shovelr– wait, I used that in the title, didn’t I? Ah, well. Such a great pun.

Anyway, the excellent Shovel Knight is set to release on Xbox One Wednesday, April 29th. This follows its current availability on the PlayStation Network, as well as its original release on PC and Wii U.

Yacht Club Games has been teasing the addition of iconic characters for the new console releases. The PSN version features an unlockable duel with Kratos (shovels v. chains? Hmmmm), and the Xbox One version will feature the Battletoads in an as-yet-unannounced role.

Additionally, the free (!) update Plague of Shadows is still en route, featuring a playable Plague Knight and an all-new story.

Shovel Knight was one of the best releases of 2014, in my opinion, and I’m glad to see it available on almost every single platform. Next time you’ve got a Saturday morning free, I highly recommend grabbing a bowl of cereal and tackling the valley on the way to the Enchantress’ tower. You won’t regret it.