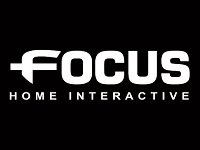 Titles such as The Technomancer and Battlefleet Gothic: Armada that were released earlier this year are on sale for 40% off alongside many other titles. Steam users can also take a look at the Focus Selection Pack which contains 21 titles including Styx: Master of Shadow and Bound by Flame. Steam users can also preorder upcoming Focus published games such as Space Hulk: Deathwing for discounted prices during this weekend.

This sale is a great opportunity to try out some of the lower priced games that have been published by Focus Home Interactive. If you have a Steam account, it is worth a look to see what they have. Focus has published a lot of games, so you may find something that you are interested in.

Nedu is a bargain hunter as well as a content writer for AYBOnline. His views are his own.