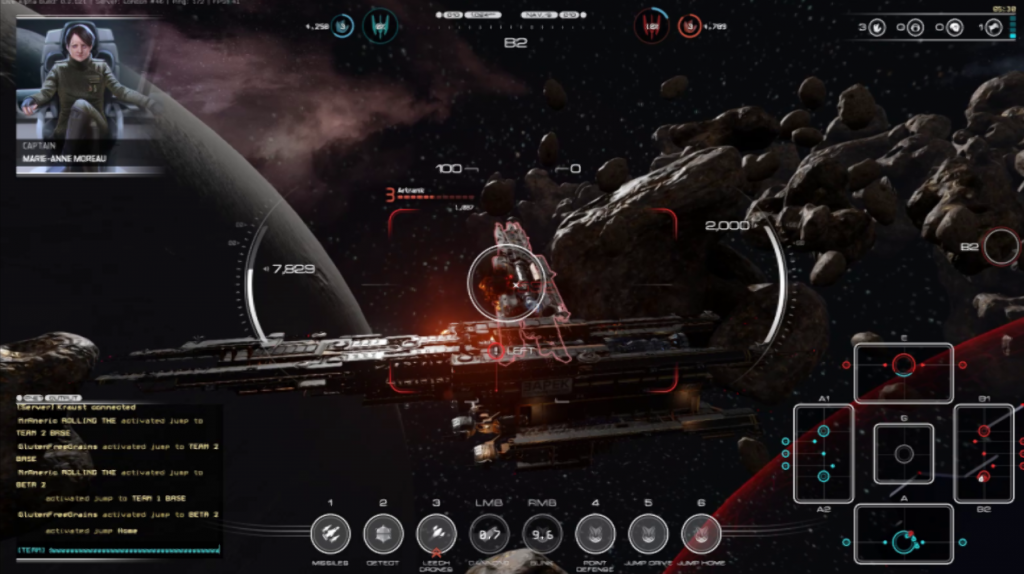 Fractured Space.  All I can say is, if you did not pick up this game during the free weekend, you’ll be regretting it about now.  This game is literally everything I’ve been waiting for. At first, I was hesitant mainly because I was told it plays like DOTA and League of Legends. I didn’t want to get into another point-and-click-wait-for-gruesome-death MOBA.  I needed more.

Fractured Space gave me that. 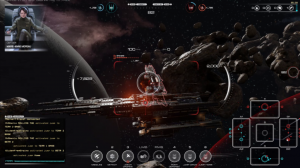 I’m losing my mind over the fact that I command a Capital ship.  Of course there are other choices but how could I pass up a Capital ship with cannons the size of a yacht? Would anyone pass this up??

The game does have similarities to traditional MOBAs:  a team of five controlling towers and eventually destroying “the base”; however I was too distracted that I was, at the same time, blasting through slip space. I had a team of four other players wrecking things in space and getting utterly destroyed.

I was blown away at the beauty and majesty of dying in space – most games give you the “Well you’re dead, that’s unfortunate” treatment; with this game I felt genuine anxiety as the crew and I were engaged in heated combat. Nothing – and I mean nothing – to me is more exhilarating than close combat with Capital ships, the sounds of the rail guns, the missile system firing off, and parts being blown off the ship.

All of it was true beauty.  It was like dancing with an angel of death – and I was okay with this.

My experience with the game thus far has been nothing but great.  I cannot wait to get in a round with the AYB crew and show them the majesty of space.

I suggest you check this game out for yourself and experience space battles the way they were meant to be felt.

Check out my brief adventure