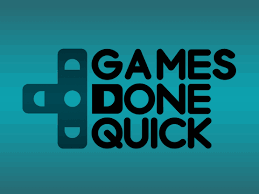 As I think about how to finish up these speedrunning articles, I’m fairly positive I have taken way too long to write them. 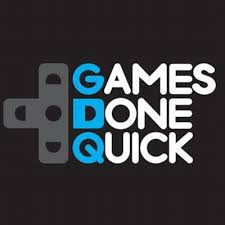 Now fortunately for me, I have a fairly steady source of inspiration. Summer Games Done Quick is on right now and they will soon be approaching $500 million raised for Doctors Without Borders! We’ll touch on them again later.

Today in our finale we are going to look at some popular games that get run, some of the people that do them, and some of my personal favorite ways to enjoy speedrunning.

Definitely one of the most popular series to speedrun is anything Zelda. They even have their own website devoted exclusively to the series: Zeldaspeedruns.com. The amount of people who are running Zelda games is truly staggering. With 19 games listed on the website and 17 different world record holders for only the any% routes, the community is one of the largest.

Some of the most predominant runners are ZFG, Skater82297, and CosmoWright. (Cosmo is one of the co-founders of the very popular speedrunslive.com, a popular which hosts races and gathers all registered speedrunners who are currently streaming into one convenient website.) Nearly all games in the Zelda series are extremely broken, allowing extensive glitching and skipping. The most popular example is probably Ocarina of Time. With almost ten different commonly attempted runs, from the less than twenty minute any% where anything goes (including skipping most of the Ganon fight) to the grueling six hour 100% glitchless run, OoT racing is both deep and varied. The extent that some of the runners understand the game goes as in depth as understanding the code of the game and using it to create new items in your inventory that you shouldn’t actually have.

My favorite way to watch speedrunning is actually something called “bingo races” for OoT. Any number of people sign up on speedrunslive to compete in these races, all of which are required to stream it to keep track of who wins and make sure nobody cheats (they take cheating very seriously there). Briefly before the race, all players are shown a “bingo card”, on the card, arranged in a 5×5 grid, are items you can collect in Ocarina of Time. They are then told whether they need a line, a cross, or a bingo to win. A line is any vertical or horizontal 5 items, a cross is both one horizontal and one vertical line resulting in 9 total items collected, and a bingo is the entire card. When the race starts players are free to try to complete the mission in any way possible using whatever tips, tricks, and glitches at their disposal. The result is an extreme test of a runners knowledge of the game and skill and easily my favorite way to watch any Zelda game raced.

Another very popular game is Super Mario 64. I have previously talked about Siglemic and even though he no longer holds the world record, he is a pioneer of speedrunning SM64, and many of the glitches and skips used today were created and perfected by him. You’ve never seen dedication until you have seen someone try to do something that everyone thinks is impossible for hours upon hours upon days upon weeks until he can jump on top of Lakitu’s head every time. He was the first person to collect all 120 stars in under an hour and forty five minutes and is genuinely enjoyable to watch, partially because he is just so good and makes the game look so fast, and partially because he is a notorious rager. Everyone once in a while he will pick up a new game and start running it for a while, but he always goes back to SM64.

Finally if you’ve never seen any of the Done Quick marathons head on over to Twitch right now and check that out. It’s super enjoyable and made very accessible to people who have never been interested in speed running, and most importantly its for an awesome cause, so shoutout to those guys.

Tryhards are like bullies: we don’t like it when you casuals have your own things. You did have your own games at first. A whole collection of awesome and amazing games that you could call your own, free from twelve-year-olds who have slept with your mother and angry people calling you a n00b. But we got jealous. We wanted Zelda and Metroid and Quake for ourselves, and because we’re bigger and stronger and smarter than all of you, we took them. We took them and made them ours. Run home now, and let the big kids play.