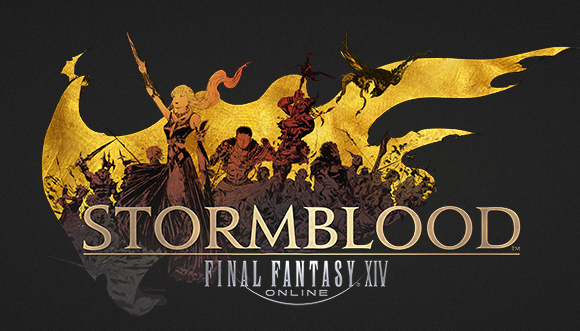 With more than six million players globally, Final Fantasy XIV has one heck of a large player base to keep up with. That being said, Square Enix has continued on their commitment to the players to keep bringing content to the game and by bringing the absolute best experience to the online realm for the fans. With its recent third anniversary it was only fitting that Final Fantasy wow’d fans again with the announcement of Stormblood

This past weekend, Square Enix shared with fans the highly-anticipated trailer for the second expansion to Final Fantasy XIV, this all happened during its Fan Festival in Las Vegas. So what do you do when you have massive success from not only the base game, but the huge success of the first expansion Heavensward? You give the fans some more glorious content! This new chapter in the series will take players to new and exciting locations (So we’ve been told).

Now making its world debut with the dope trailer you hopefully watched before continuing to read, the developer has shared some information with us so you know what to expect coming out of the newest expansion and I have to say, things are looking pretty good!

“The Stormblood teaser trailer showcases the Warrior of Light honing his new skills during a high-octane sparring match with a mysterious woman clad in red atop a colossal stone statue, while resistance fighters prepare for battle below. The new expansion will include new jobs; an increased level cap up to level 70; sprawling new areas to explore; a revamped battle system; and all-new dungeons, raids, and alliance battle content.”

This is pretty exciting, the trailer has even me excited for the expansion! I’m proud that Square Enix is putting so much into the series and showing such support for the fans! So if you’re fiending for more information on Stormblood, don’t fret as the developers have let us know it will be shared at the Tokyo Fan Festival event on December 24-25, 2016, as well as during the European Fan Festival in Frankfurt, scheduled for February 18-19, 2017.

In sadder news, the summer 2017 release of Stormblood will also mark the end of PlayStation 3 support for Final Fantasy XIV. However PS3 owners/players do not fret as the developer has shared that “During the keynote, SQUARE ENIX detailed plans for a free upgrade service to the PlayStation 4® version, which will allow for players on the PlayStation 3® system to seamlessly continue their adventures following the launch of Stormblood.”

So for this and all other Final Fantasy news stayed tuned to AYBOnline!

Steve Noel is the Deputy Editor for AYBOnline.