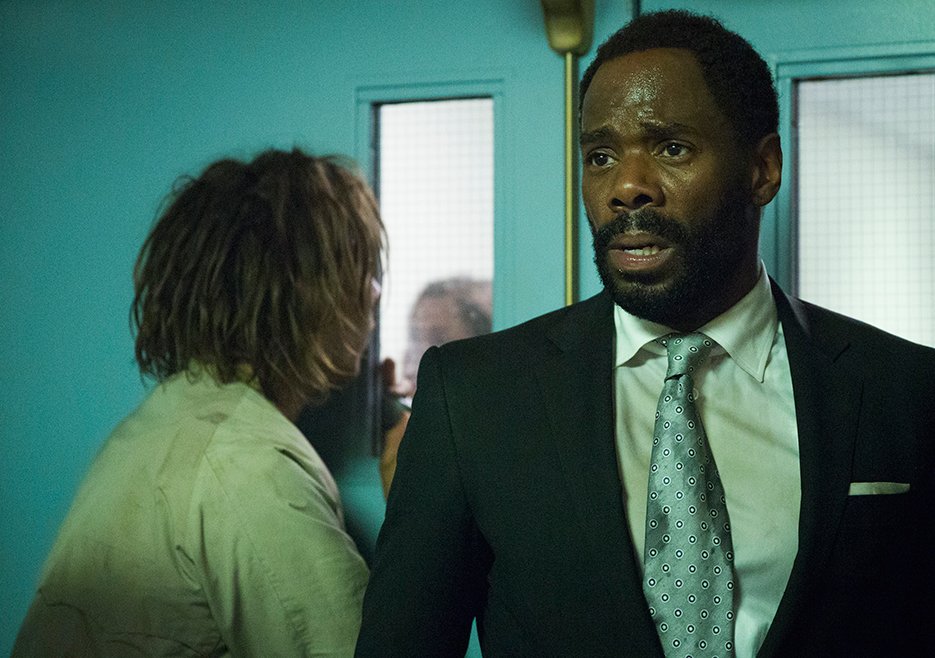 The Walking Dead and the Curious Case of the Bulletproof Fence. 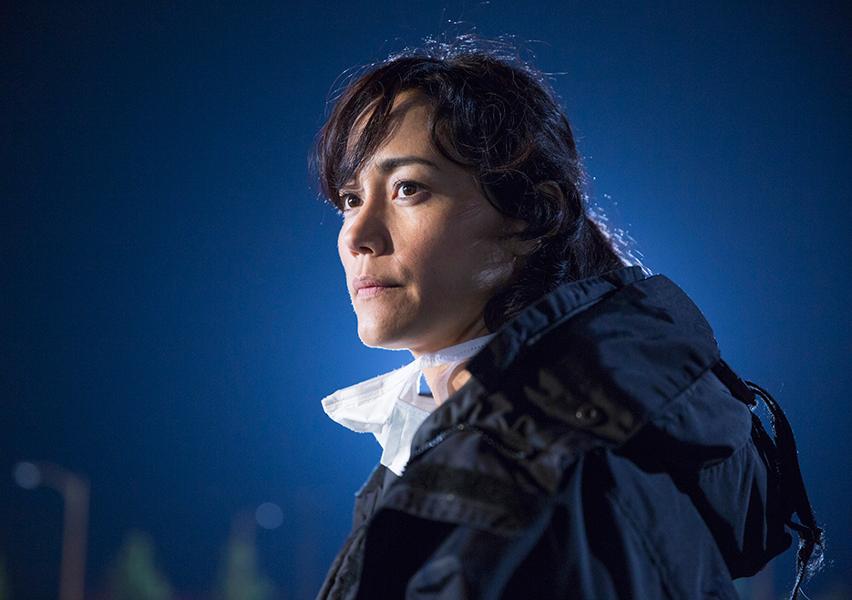 First off, I want to acknowledge that I may seem hard on this series, but it’s only because I love what zombie fiction can be when it’s done right. 28 Days Later, both the original and Zack Snyder’s Dawn of the Dead, Max Brook’s World War Z novel. It has the potential to be compelling and exciting when handled well. Is Fear the Walking Dead‘s finale compelling? I’ll get to that later.

“The Good Man” opens with an aerial shot of a blacked-out Los Angeles. It’s empty and oddly… still, except for the odd skyscraper on fire and large swaths of suburbs burning. It’s the first time we see L.A. since the infection broke out a few episodes back (that went by quick didn’t it?) and it looks pretty cool. The city is oddly vacant, so either the budget for this episode was really low or almost everyone managed to get out of L.A. It’s an interesting thought since, as we know from The Walking Dead, cities like Atlanta attempted to fight off the undead hordes only to turn into a burned-out necropolis.

No time is wasted though, as the show picks up where we left off last week with the group prepping to leave before the Cobalt plan is initiated and rescue Nick. Unfortunately we never do find out what that plan was, as the group leaves the suburban safe zone (and leaves the security gate wide open).

In the episode’s coolest moment, Daniel, who we can safely say is definitely a sociopath now, corrals the 2,000+ zombie horde from the arena to the doorstep of the Guard’s hospital and base. It’s crazy, endangers the entire city, the group, and Nick but nobody in the group gets hung up on those details. Meanwhile the group parks their convoy in a nearby parkade, and the magnanimous Travis releases Andy after he reveals Nick’s possible location.

The ensuing chaos makes for some interesting TV. On the one hand seeing a squad of guardsmen open fire on the arena horde is pretty cool. On the other, it looks shockingly cheap when that horde is magically untouched by the hail of bullets and cheap CGI effects show bullets deflecting off of it. No really.

This isn’t sped up, it really was cutting that fast.

It looks bad and doesn’t make a lick of sense after we’ve seen the same soldiers be ace shots a few episodes back. Gore fans won’t be too disappointed, though, as a bitten soldier performs suicide by helicopter in front of a stunned Liza. Also the soldier Strand bribed previously returns as a still-alive man being feasted upon by a zombie. A (un)healthy amount of blood this time around.

Strand and Nick’s escape lead them to a smash-cut-filled scene trapped at the end of the hallway. Madison and Travis find them, after freeing all of the prisoners, but it isn’t until Liza swipes away at the card lock that they’re saved from the slow-moving horde in the hallway. If Madison still harbored some illogical hate for Liza helping Dr. Exner, it disappeared there.

Speaking of Dr. Exner, she seemed to be operating by a different set of rules than the military she worked for. While the military prepares to leave and initiate Cobalt in the morning, she’s trying to save everyone and evacuate the hospital… with help from the military. When the horde shows up, however, the helicopter evac aborts, leaving everyone for dead. The group finds her after she’s humanely killed the ward’s patients with the cattle rod, warning that there’s nowhere to go and other ambiguities. Which is strange, since a few scenes earlier, she said Edwards Air Force Base had room for the evacuees.

The group escapes to the parkade… to find Andy waiting with a gun pointed at Daniel. Despite making a show of it, he never actually shoots him and instead shoots Ofelia in the arm. Until now, the show beat us over the head with how much he cared about her, which makes this scene all the more baffling. Somehow making the military pure evil (and incredibly bad shots) is more important than consistency. Travis snaps at the betrayal of his earlier kindness and beats Andy to a (dead?) pulp, with the pent-up rage of someone who did almost nothing for the past six episodes.

After escaping L.A. via the river they arrive at Strand’s stunning beachside villa. Strand, ever so close to breaking the fourth wall, reminds Nick that they must stay “always in motion” and “embrace the madness” of the new world, just before showing his badly CGI ‘d boat Abigail. 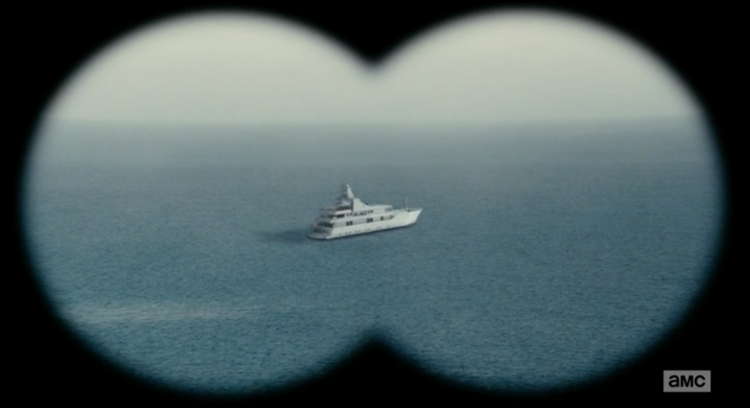 One of the most popular shows on TV and they couldn’t afford to just rent a yacht?

Liza, our hapless observer for most of the episode, reveals that she was bitten in the hallway escape and only noticed after leaving the city. After waiting ’til the last possible second to tell them of how the dead rise again, she demands Madison put her down. Travis pulls the trigger, leading to a minute long dutch-angle montage of the group dealing with Liza’s death and Travis sobbing on the beach as we pan out to the sunset.

In the end it never really felt like a finale. The National Guard never quite developed into the antagonist they were set up as, with Lt. Moyer. The bulletproof fence and oddly terrible CGI were at times jarring. The only characters with any amount of consistency were Travis and Daniel. They kill off the character the audience has the least relation to after Griselda, and spend the entire final scene on her sudden death. And can we pause on that for a minute? Liza had one thing she talked about in this and the previous episode: reuniting with her son Nick. When she finally escapes with him she kills herself without even saying good bye.

The military never felt like more than filler. Had we cut from the group leaving at the end of “The Dog” to them leaving L.A., it would have made very little difference to the story. They served no real purpose other than continuing The Walking Dead‘s rote theme of “all authority is evil”. Fear has been a mess of inconsistencies and trying to force together puzzle pieces laid out by The Walking Dead instead of telling its own story. Maybe it’ll find its own pieces in Season 2. 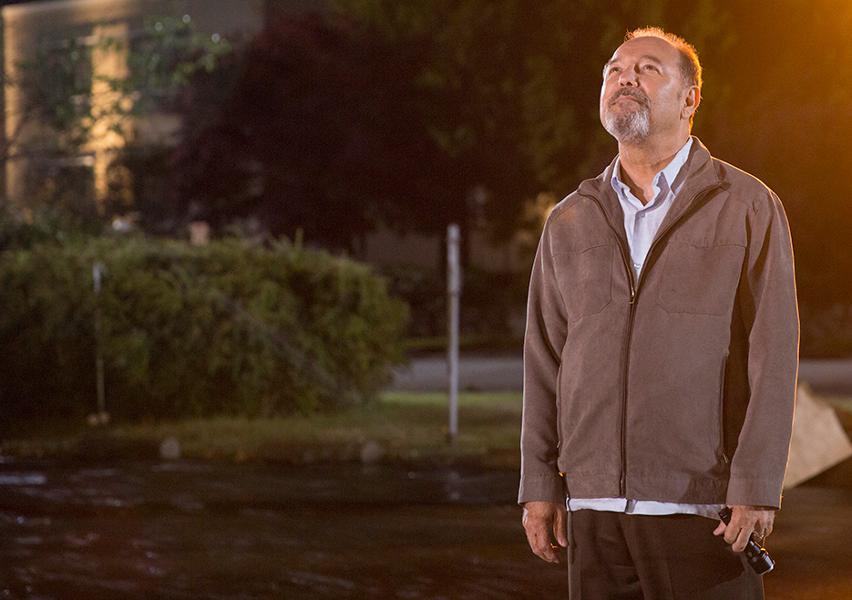