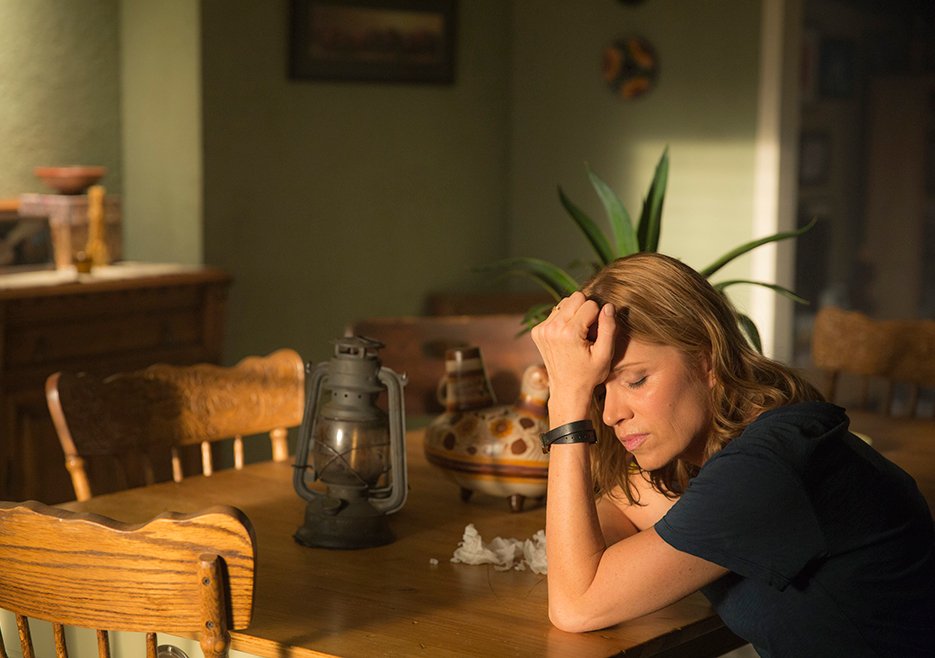 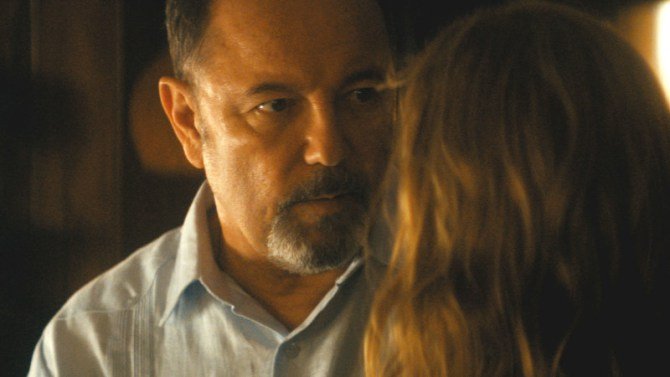 If you’re holding out hope that Fear the Walking Dead would be going anywhere this week, those hopes were quickly extinguished during the nonsensical intro sequence. We’re introduced to the mysterious Strand (played by Colman Domingo), surrounded by barbed wire fencing and a backwards American flag. He’s giving a speech about weak men to a sobbing Douglas, and — deliberately — breaks him down into a blubbering mess until American soldiers haul him off. Why? Who knows. We’re never actually shown why, other than to seemingly introduce this man as a predator of some sort.

We switch back to the safe zone, where the distraught Ofelia tries to rile up the neighbourhood against the occupying National Guard. Just as they’re about to take her down a peg, her squeeze Corporal Andrew Adams shows up to talk her down. Later, Madison wanders into dead Suzanne’s house and, after hearing some bumps and finding the unreliable flashlight from every horror movie ever, finds the Salazars about to interrogate Andrew in the basement. Which is strange, since Ofelia and Andrew clearly like each other and he’s willing to volunteer information, yet here we are, with Daniel torturing him because he thinks it’s the only way to get information… that Adams is already volunteering. Whatever point the show is trying to make about torture, something that wore thin even by the last season of 24, it comes across as forced and tiresome.

Justin, meanwhile, confronts Lt. Moyers about the snatch-and-grab raids the previous night that took Nick and Griselda. Moyers gives a speech about morale while running his soldiers ragged. He’s a psychopath, in case you missed it. They take Justin for a ride to the hospital to see Nick and Griselda and give him a shot at a freshly zombified waitress. It’s the first and only time we see one this episode. Nothing comes of Moyers trying to force Justin to shoot her, though, as he backs off like we all expect him to.

Moyers’ squad responds to a trapped squad in a library full of zombies, but Justin stays in the car, with the most action we get coming over the radio. It’s reminiscent of the book World War Z’s description of the Battle of Yonkers. This also seems to be where we part ways with Lt. Moyers, who apparently dies off screen. We never really got much of an introduction to him, so the show disposes of him off-screen with as much fanfare. The radio bits are cool, but once again, Justin is a passive do-nothing. More filler.

It turns out that Liza is really working at a hospital which the military converted a college gym into. Dr. Exner isn’t evil (not yet at least), and is the only one openly talking about how the dead rise. Liza of course still doesn’t trust her, even after she proves that Exner was telling the truth about Griselda’s amputation and recovery.

The most interesting part of this episode is when Ofelia runs screaming from Daniel’s torture room. It’s when Daniel admits to Madison that he wasn’t just a victim in El Salvador but a “knife man” who tortured for the military, something he could never admit to his daughter because he felt it was necessary to survive. Once again he stands out, if only because he isn’t a dull character like the rest of the cast and no longer a sympathetic one. Daniel is a sociopath because, this being a Walking Dead show, we’re required to have that character at some point. Madison doesn’t seem to care and just asks if he got the information.

We swing from the earlier torture to Chris and Alicia goofing around in an expensive-looking abandoned home. Nothing meaningful really comes of it, but it’s a bizarre swing in tone from seeing a guy getting his skin peeled off with a razor blade.

Justin discovers the situation, but before he can cut Adams loose he reveals that “Cobalt” is the order for the National Guard to evacuate Los Angeles and dispose of all civilians. So despite attempting to clear the city of zombies, building a safe zone for civilians, and building a field hospital to treat them, their plan all along was to wipe everyone out? To top it off, we’re supposed to believe that despite Ofelia and Cpl. Adams’ relationship, he doesn’t tell her of the plan to murder her in less than 24 hours. The writers seem intent on pushing the boring “humanity is the real monster” angle and plot be damned.

Back at the hospital/holding pens, Strand proselytizes to Nick about the “old” world, and comes dangerously close to breaking the fourth wall. The ham-fisted speech about how “the game is changed and we’ve returned to the old rules” is almost goofy if not for Strand’s soothing baritone. Much like Tobias, it feels like he exists outside the world of The Walking Dead and is here to remind us how things have changed, if you missed the last dozen mentions of it in the past four episodes.

Liza and Exner tend to the fading Griselda elsewhere in the building. Deliriously, she admits to being complicit in the horrors Daniel perpetrated. It’s then that Exner explains to Liza how all dead now rise unless the brain is destroyed.

Finally, we see Daniel come upon the arena and former safe zone filled with 2,000+ zombies that Adams spoke of during the interrogation. Somehow, he made the several-miles-long trek through the infested city from the suburb in the dark. And somehow, it and the surrounding area have power despite only have a few hours of electricity during the day. Of all the things that don’t make sense in this episode, this is probably lowest on the list.

This episode was a mixed bag of tone, plot, and characters. Previously critically-important characters like Madison are almost completely irrelevant, and we tread a lot of water with Justin to see a tiny bit of action. It’s hard to believe this is the penultimate episode of Season 1 with the finale arriving next week. Maybe we’ll see Daniel unleash a horde of 2,000 zombies onto the military so we can finally see some action. Sure it won’t make any damn sense, since that would endanger literally all of Los Angeles, but as this episode proved logic died along with the old world. 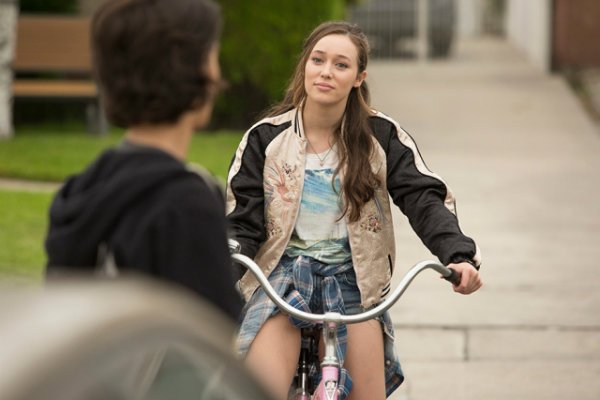