Fear the Walking Dead Review Episode 4: “Not Fade Away” 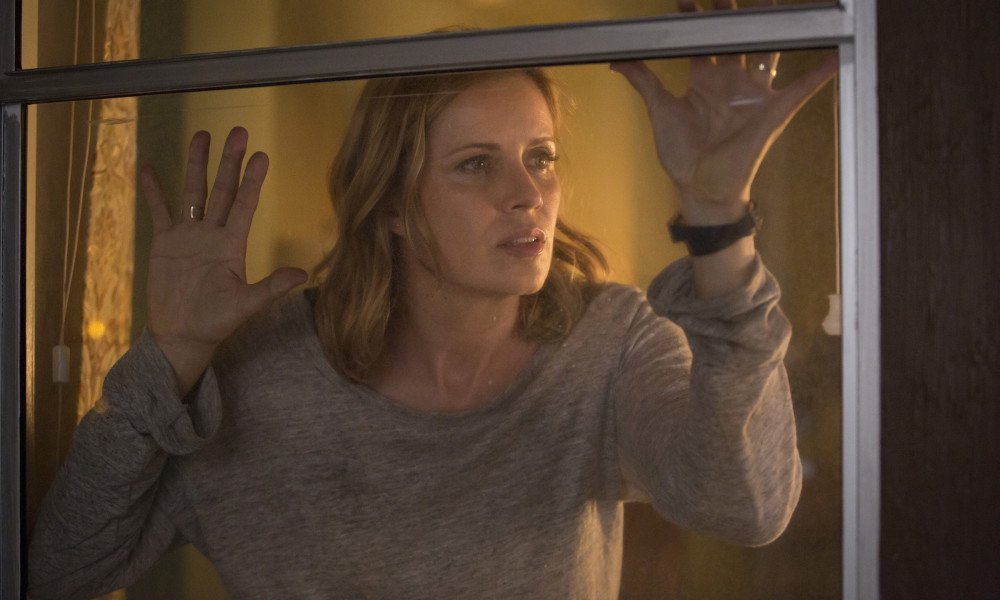 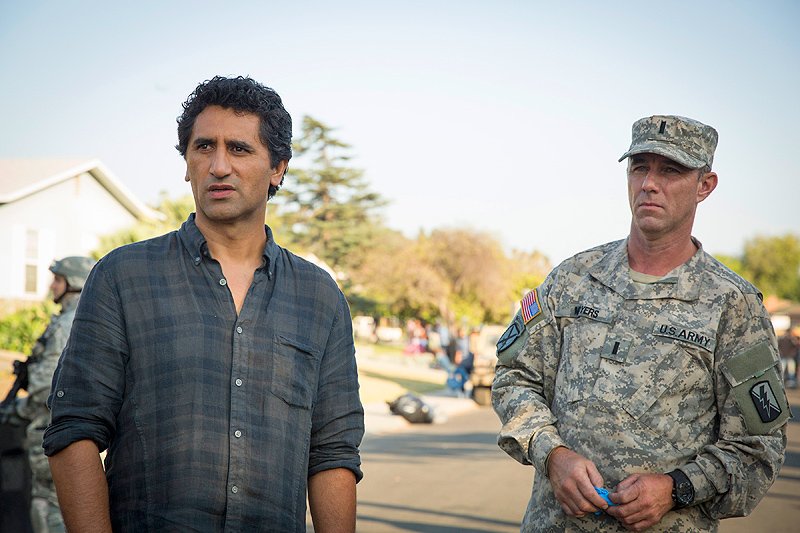 Remember how we signed up for Fear the Walking Dead so we could see the start of the zombie apocalypse and the collapse of humanity/Los Angeles? In what I can only assume is a cost-saving slap in the face, “Not Fade Away” starts up nine days after the riots to give us a picture of Madison and Travis’ now fenced off suburb under California National Guard control. No city on fire. No massacres of fleeing survivors. Not even a single zombie this episode. After the previous episode seemed to be building up to a peak of the chaos it’s hard not to call this episode a bust. I can’t even find a creepy thumbnail to tease you with this week!

We find Madison’s family playing house in the newly-secure suburb zone that the military have set up. Justin jogs about. Nick floats in the pool. Chris is hanging out on the roof observing things… until he sees a flashing light signal from a house outside the safe zone. The definitely-not-crazy commander of the National Guard, Lt. Moyers (played by Southland‘s Jamie McShane), tells everyone it’s going to be okay and they’re on the offensive in L.A. Justin and Madison even argue about everyone staying in the house, until Alicia shows up to call them on the absurdity of trying to act like things are okay. This is the facade of normalcy and denial they’re in now.

Commander Not-Crazy convinces Justin to talk to an acquaintance named Doug so that he’ll submit to one of his eerie medical exams. He’s a sobbing mess, but gives in after a short talk when he sees that Justin really has convinced himself things will get better. Nick’s over at the neighbours stealing morphine from the IV drip of the sick man that Liza was tending to. Turns out he was lying to Madison about kicking the smack, surprising nobody. Later, Ofelia is taking her father’s survival advice to heart by romancing one of the Guardsmen (fellow Southland alum Shawn Hatosy) for her mother’s medicine. The Salazars are still proving to be the realists of the group.

The situation in the safe zone turns shadier when Doug disappears in the night, after freaking out in front of his family and running out after curfew. Somehow, he not only made it out onto the street — despite the crack California Weekend Warrior patrols and search lights — but booked it out of the driveway in a classic Mustang. This leads to a scene where Justin, who finds the abandoned Mustang, confronts Lt. Very-Normal-Not-Psycho-Guy about Doug’s disappearance and the Lieutenant claiming he was found bawling and shipped off to the hospital. All the while, we’re treated to a very Bush-esque “now watch this drive” scene with Lt. Stop-Looking-At-Me-Like-That driving golf balls into a desolate L.A. suburb. It’s kind of great.

After hearing rumours, Madison takes it upon herself to investigate outside the safe zone into zombified Los Angeles. It’s quite literally dead, with no living or living dead things, just strangely vacant streets. It’s eerie, until it becomes disappointing because the scene’s brevity. We don’t see much beyond a wall of “MISSING” posters and trashed homes before Madison ducks under a car while a military patrol passes. It’s there that she realizes the corpses aren’t just zombies, but were healthy people gunned down by what we can only assume are the military. Of course she doesn’t take the gun she finds on the ground or even bring a weapon with her, so most of this brief sequence is spent under a car. Exciting.

Back at home, newly-arrived Dr. Exner takes away the elderly sick man and outs Liza as a fraudulent nurse. Despite this, she covers for Liza to help keep morale in the neighbourhood. Any feelings of altruism are dashed later when she seemingly figures out Nick is still addicted to morphine, after Liza asks for a methadone treatment.

A visibly-shaken Madison returns home to probably the best scene of the episode, where Daniel Salazar tells her of the slaughtering of his family. Rubén Blades proves he’s still the strongest actor of the bunch with a chilling story about discovering a river of bodies, including his parents, due to the El Salvadorian military. This is all supposed to build up tension to the “reveal” that the National Guard are far more sinister than we know. This doesn’t really work in practice since, if ratings are any indicator, pretty much everyone watching this knows they’re bad thanks to The Walking Dead. Later, Madison finds Nick digging through the elderly neighbour’s home for morphine after he was removed by Exner. Finally tired of his lies and at the end of her patience, she smacks her son around in frustration.

That frustration doesn’t last long — the Guard arrive to pick up the injured Griselda and Daniel, but instead knock out Nick and haul him off to the “hospital” (nobody believes that right?). Bizarrely, Madison blames the naïve Liza for the snatch-and-grab, despite everything she’s seen of the military. Why? Because this is a Walking Dead show, so nothing nice can happen and groups have to arbitrarily splinter. Maybe this will be avoided so that, in the final moments of the episode, Justin sees the military slaughter the Signal Light people from his roof. Will this and Nick’s arrest be enough to shatter his optimism?

It might seem harsh of me to criticize the show for attempting to double down on human drama instead of the horror. However, after seeing how Frank Darabont balanced both so deftly in season 1 of The Walking Dead, it’s impossible not to hold the companion show to a similar standard. We’re all here for horror and drama. Fear has largely failed to deliver on the former time and time again in favour of filler drama in place of a compelling story. Until the final minutes of this episode I didn’t see much of that either. 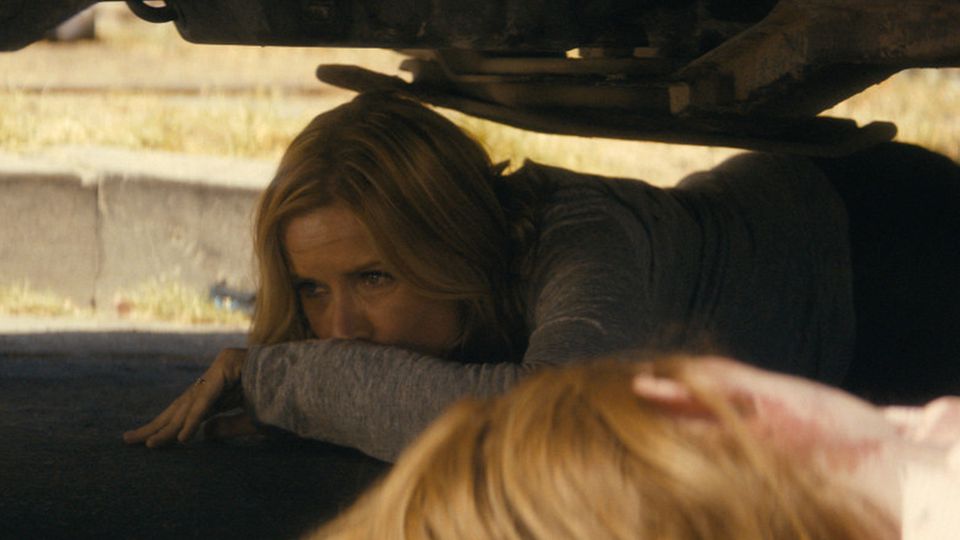