Fear the Walking Dead Episode 2 Review: So Close, Yet So Far 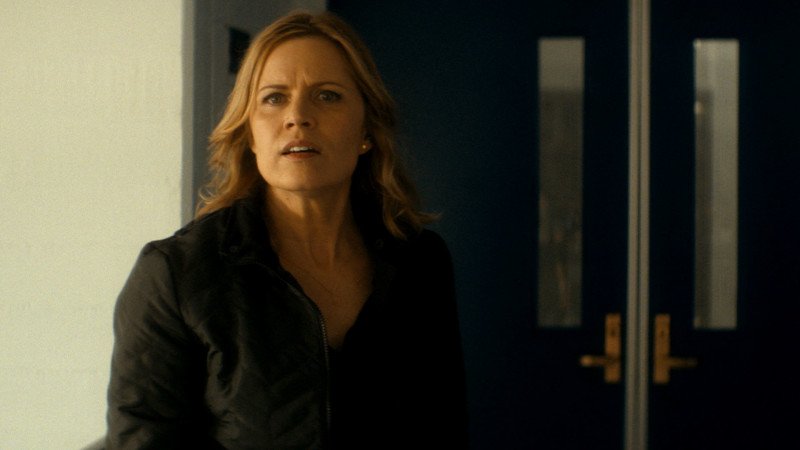 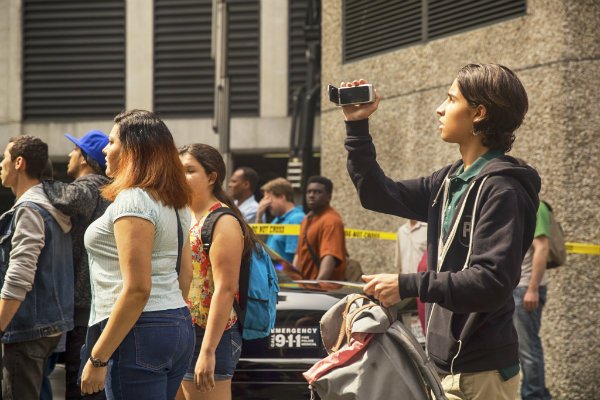 Fear The Walking Dead is an easy sell. Give the audience what they’ve always wanted to see: the beginning of the end. The original show, The Walking Dead, only showed brief glances or made allusions to it. Never giving us more than a glance and always leaving us wanting more. Fear is the answer to that craving to see America fall or at least it’s supposed to be.

This week picks up right where we left off with recovering addict Nick, his mother the teacher Madison, her boyfriend and fellow teacher Travis, escaping the Los Angeles River after running down his zombified dealer. Contrary to last week’s strangely muted reaction to the discovery of undead, the family drives away with urgency to escape the city, but not before they pick up their kids. It’s not long before we see the return of silly horror tropes when Madison and Travis call their respective kids; suddenly at a loss for words, they can’t say anything to alert anyone to an emergency, just urgently asking to pick up kids up for an unknown reason.

Meanwhile the kids are off in the city with Madison’s daughter Alicia tending to her bitten boyfriend Matt and Travis’ insufferably indignant son Chris taking the bus into downtown LA. This is where you’d expect that Travis would call his son incessantly to make sure he got home okay… except he doesn’t. One ignored call and he just gives up despite his apparent distress. He doesn’t even bother to text? Come on.

The show can’t seem to figure out if the newly clued-in parents are panicking or trying to act normal. When they arrive to pick up Alicia, they’re hesitant to even get close to her bitten (but alive) boyfriend, and demand she leave immediately. But later when Madison makes Alicia stay with her son Nick, who is in heavy heroin withdrawal, she refuses to give Alicia, her neighbour across the street, or the obviously sick neighbour next door any information and tries to play it cool when she runs off to the school to recover badly needed medicine.

It’s there that we find the oddly prophetic Tobias playing the Kooky Old Man horror role, warning Madison of the impending doom. This kid warns her about “them” after apparently seeing zombies on the internet, and about the impending collapse of society. Yep, a teenage kid actually lays out the collapse of civilization as we know it. Apparently the writers figure since we’ve probably seen The Walking Dead they’re just going to give up on foreshadowing.

All that buildup has to be going somewhere, right? The episode is once again chock-full of good moody music to keep the tension built up. When we finally see the first Walker of the episode, it’s not until Madison and Tobias try to escape the school. There’s not much to see when he does show up because after a brief struggle the zombie killing is handled off screen and topped off with a little blood splatter.

Our first zombie fight of the spinoff series (no, episode 1’s human-pretzel-under-a-truck doesn’t count) is an off-screen kill.

It’s not the only kill of the episode when, after the arrival of Travis and his ex-wife, Chris’ camera records the LAPD shooting a zombie at a crime scene downtown. The computer generated headshot triggers a riot and the smallest riot team response in Los Angeles police history. Things deteriorate from there, with protestors suddenly losing their minds and rioting. Mailboxes are trashed. Cars are tipped… okay not really. The worst it gets is some hoodies manhandle a car and slap the steel shutters on the Travis’ barber shop hideout. The civil unrest feels arbitrary, as if someone decided that we needed X amount of bad stuff happening so the episode wasn’t entirely family drama. If it wasn’t for some particularly shrill screams heard through the shutters, you couldn’t be faulted for thinking the Lakers just lost the playoffs. It’s cheap and disappointing when the show’s entire premise is showing us the collapse of LA.

We close things off with Madison at home with her two kids and the most weirdly confusing character choice yet. The startled screams of her neighbour are heard across the street when a zombie attacks her, but Madison stops her daughter from helping her. The teacher, who just a few scenes ago tried to help her now-zombified co-worker and a student, stops Alicia from helping amid the screams of her neighbour. Look, I get you’re trying to show how she’s hardening up, becoming the survivor, but it’s been less than a day in the show’s time so I’m not buying it.

There’s a reason good zombie fiction often doesn’t show us the collapse of society: it’s ridiculous. They’re asking us to believe in a unprepared world without zombie fiction which, after Romero’s Night of the Living Dead, feels absurd. Then they have to sell us on the equally ridiculous concept of society collapsing under an incredibly slow-moving pandemic. It’s also entirely dependent on really stupid people for it to all fail. But the aftermath is an amazing backdrop for human drama which is why we love it. Balancing the absurdity with drama takes a deft touch, a touch Fear is lacking while it tries to tread water until a (hopefully) big finale. Maybe it’ll get better next week? 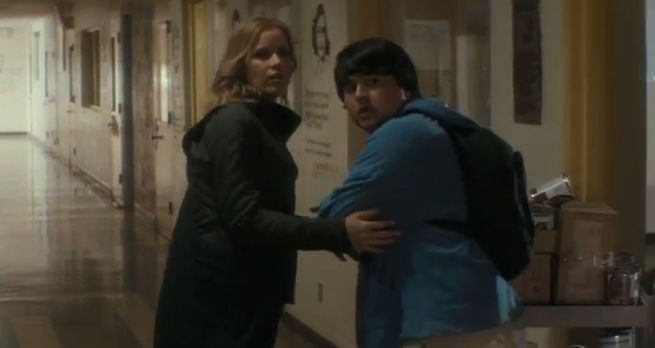