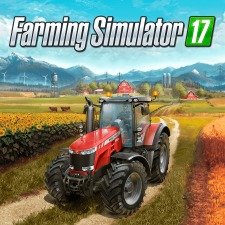 GIANTS Software’s Farming Simulator 17 is coming out on October 25th. To celebrate the upcoming game, they released a cool launch trailer. Check it out!

The Farming Simulator franchise is well known for its immersive gameplay. Fans will be able to utilize hundreds of vehicles and equipment to farm crops, manages their land, and take care of your livestock. This game features some new crops such as sunflowers and soybeans. You can also grow your farm online and team up with other players as well as download community created mods. The possibilities are essentially endless!

I have never played any of the Framing Simulator games, but I gotta say, I really liked this trailer. The music was great and visuals look fantastic. I have always been interested in how much detail and various options that Farming Simulator games allow players to have. The game will be release on PC, PS4 and Xbox One.

Nedu’s experience with farming begins and ends with Harvest Moon. He is also a content writer for AYBOnline. His views are his own.