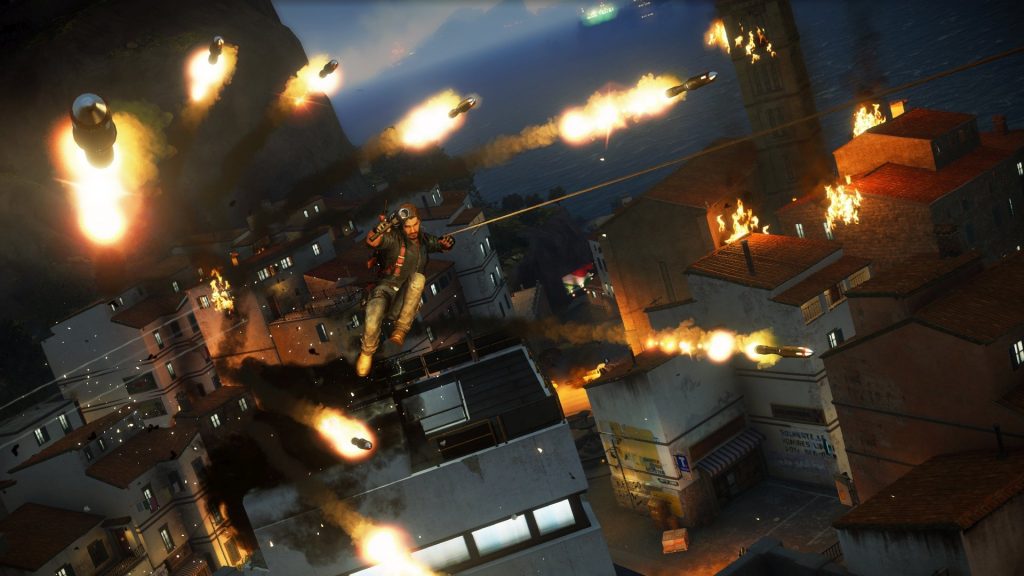 It’s hard to believe it’s been 5 full years since Just Cause 2 was first launched. The game was so addictive it sucked up my life for many many many hours. I have well over 100 hours logged in the game, and I still fire it up every so often. We even used it as a demo for 3D Surround, all the way back at Baselan 23. It’s one of the few games I refuse to uninstall.

Ever since I finished JC2, I’ve been dying to another one. Avalanche Studios had been keeping quiet about Just Cause 3, and as recently as November 2014 officially denied the game was in development. However, in February, a trailer was revealed confirming the game was coming this year. It showed a few assets, but not really anything about the game.

Finally, early in the wee hours of this morning, a true gameplay trailer has been revealed.

As can be expected from a Just Cause game, there’s TONS of action. The explosions are absolutely stupendous!

I can’t wait to blow up an oil refinery with an airliner, while soaring through the air in my parachute above it!

If you’ve never played Just Cause, you should go check it out. I would describe it as a B-Movie action flick in game form. It’s hilariously fun, and it’s routinely on sale on Steam, and can often be found for under $5 these days. It’s worth the full price if you don’t feel like waiting for the new one.

Update: Apologies! The old Firestarter trailer was originally linked. The post has been updated with the correct trailer