EVO Attendees Can Get Early Glimpse of New Platform Fighter 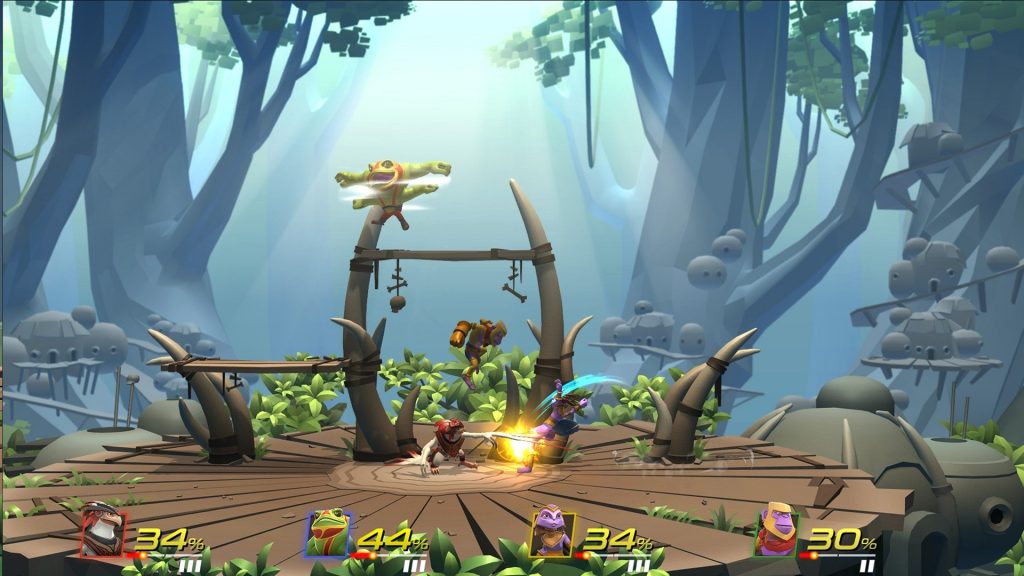 The aptly named Brawlout is set to release on PS4, XBox One, and PC in the first quarter of next year, but those attending EVO 2016 this weekend can take a sneak peek. The game publicly debuts at the Las Vegas Convention Center on Friday and Saturday in The Mix: EVO Indie Showcase.

The CEO at Angry Mob Games calls it their dream platform fighter.

“We’ve heard what players miss from classic fighters and what they love about new ones, and Brawlout is designed to give people the best of both worlds,” says Bogdan Iliesiu.

It’s a Smash-style game but the influence from old fighting titles like Mortal Kombat is clear. There’s even a grappling hook character and a freeze guy. Combos look important, and Angry Mob’s reveal trailer says the rounds are “ridiculously fast.”

Up to eight players can fight at once, apparently, though only five characters are revealed under the Brawlers section of the official website; the featured image for the trailer shows a sixth, hedgehog-like character. My girlfriend thinks it looks like a lizard. A werewolf with a mohawk?

Each fighter comes with its own distinct advantages and movesets. Special attacks can be unleashed when a player has filled the Rage Meter, and abilities can be evolved for more combo options and advanced technical moves, according to Angry Mob. If you know Smash, PlayStation All-Stars Battle Royale, and such, then the play style should be pretty familiar. 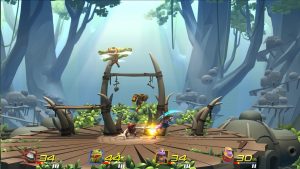 As much as I like that luchador frog, I can’t resist an adorable monkey.

When he isn’t out in the jungle brawling with animals, Mark McAvoy is a contributor for AYB. His opinions are his own.