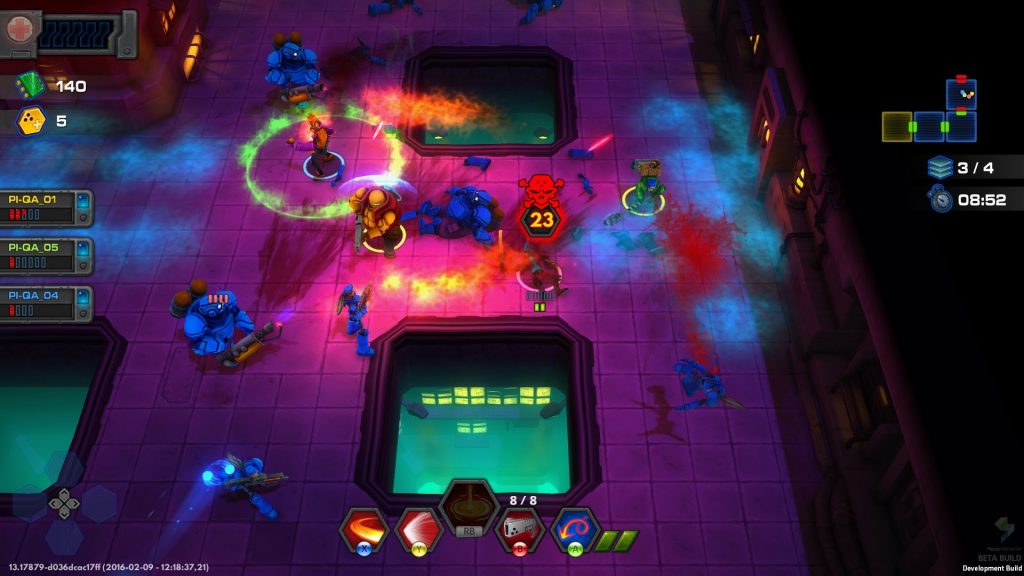 In the last city on Earth, mega-corporations rule and humanity knows only the lawless slums of Geoshelter Alpha. The only balance comes from the ruthless mercenaries known as “the hunters”; a group that will do any job for the highest bidder. Your only chance of survival is to move fast and Kill to Collect.

Pieces Interactive has brought us an ’80s-inspired cyberpunk roguelike known as Kill to Collect. Players will take on the role of one of four unique hunters that venture into the slums to collect bounties on the mega-corps’ targets. With a wide variety of weapons and abilities, there is a hunter to fit anyone’s playstyle.

Kill to Collect is a roguelike in its truest sense as players will never have the same adventure twice, thanks to procedurally-generated maps and enemies. Players can also look forward to hunting in packs with the option of both local and online co-op gameplay. Whether playing alone, or together, the hunters will have to keep their wits about them as they will outsmart their targets with quick movement and an even faster trigger finger.

So get ready to collect some bounties when Kill to Collect releases on April 6th for PC for $14.99.