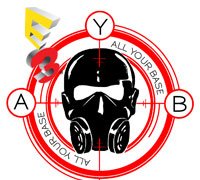 So this year’s E3 has come and gone. Before I make a list highlighting some of the upcoming games I’m excited about from E3 2015, I’d like to take a moment to reflect on the show as a whole. See, there were a few things I was initially excited about, but after giving it some thought and compiling new information, I’m not so sure about this year. So in this post I’ll go over five things (in no particular order) that sounded great at first, but on second thought, might kind of suck.

I want to begin by saying this first item is somewhat speculative (the rest of my points are more factual, I promise).

So far, there are only two official sources of information about Bethesda.net:

That’s all. We don’t know what it is entirely yet. Given the context of the reveal and the deep focus of mods in Bethesda’s conference, it seemed to me initially that Bethesda.net would be related to mods primarily. A unified, cross-game mod manager, which would be a dream come true – if it weren’t for the controversy in April over paid mods. Bethesda taking the lion’s share isn’t my concern though, and in fact I was very much in favour of the idea of paid mods. My fear is much worse.

Bethesda.net was revealed as a hub for “everything” Bethesda – that includes mods, but it also includes games, DLC, and (here comes the conspiracy) DRM. Yes, I suspect that Bethesda.net will be used, eventually, for more heinous purposes than managing mods and additonal content for Bethesda’s games. I believe this will become the next UPlay. But I have some faith, so I’ve put this low on my list of worries.

These days E3 is known for its smoke and mirrors almost as much as it’s known for its hype. Call me an optimist, but I like to err on the side of cautious excitement. When I saw the HoloLens demo on stage at Microsoft’s E3 press conference, I lost my spaghetti. It was so magical that it completely eroded my scepticism. Until, that is, I saw this:

The actual Field of View (FOV) is extremely limited based on every report I’ve read. Exact specifications haven’t been released yet, but reports are putting the FOV it at less than 90 degrees. Based on impressions from developers who tried it at E3, I feel as if the above image is an inaccurate representation. However, it does sound as if it’s significant enough to break immersion. Goodbye magic, hello pragmatism.

Speaking of constricted online storefronts, one of the big reveals we saw at the Oculus conference was Oculus Home, a central hub for all things Oculus. Am I sensing a trend here?

For the uninitiated, Oculus Home is launch platform and storefront for VR apps, and it launches directly to the Rift, replacing the Oculus runtime currently used for the DK1 and DK2.

At first I was excited about this because it unifies VR and makes the Oculus a much more approachable platform for non-technical users. The GearVR’s simple interface makes launching games a straightforward process, which is exactly what you want from any device. I’m glad they were focusing on user experience when designing the consumer version of the Rift. But then I thought about it, and I talked about it, and I realized that we don’t know yet how Oculus Home will interact with the current existing, extensive, and dedicated VR ecosystem.

We do know they will be curating the Oculus Home storefront because a recent controversy over whether or not pornographic materials would be allowed on the Rift exposed some interesting points about their terms of service (primarily that they will be curating content). CEO and founder Palmer Luckey later confirmed that, yes, Oculus is an open platform, and no, they don’t control the type of software that can run on it. But there are still unanswered questions.

Congealing VR further, even for the sake of user experience, is potentially devastating to the open source, grassroots movement on which Oculus was founded. As a VR enthusiast, these questions concern me.

I don’t mean to pick on Microsoft, I promise. You’ll see when you get to my last choice — I cherry-picked the two worst parts. Overall, they had a pretty solid conference, and I think Hololens will be great one day. That being said, one other thing about their conference irked me.

At first, I loved the idea of Xbox Preview. The Early Access program has been stirring the pot on Steam, and we didn’t put a stop to it, so the floodgates opened up for this year’s E3. Sorry, console fans. Now consoles will be getting early access. The good news is that it will allow users to preview the games before they purchase them. The bad news? There is still no guarantee those games will ever be finished or supported properly.

Early-access polluted this year’s E3; the PC gaming show was rife with it, and frankly, I think some serious changes need to be made. Perhaps this is indicative of a change, and is actually something to be excited about, but for now I’m disappointed that consoles will be getting early-access games too.

See, I told you I wasn’t picking on Microsoft! Ye of little faith. So, I’ll jump right into this one. The Sony PlayStation conference was extremely exciting, and after it finished, it was quite clear that it was the show stopper. That’s because it was unscrupulously designed to prey on nostalgia in order to shill some extremely underhanded stuff.

How great is it that they’re showing support for a classic IP, Shenmue, after 13 years in limbo? How kind of them to lend their stage space to promote a Kickstarter. No, this was a calculated PR move to gauge public interest in the IP, so that Sony can co-publish it after the crowdfunding is successful and the IP is reinvigorated. What’s worse: in an interview with Engadget, Sony’s Public Relations have confirmed that they’re building a list of games they’re planning on taking to Kickstarter. One of the top 10 largest media companies in the world will be crowdfunding their games. Disappointing. Sony was once known for taking actual risks on new or obscure IPs.

But hey, we still have that Final Fantasy VII remake to cling to, right? Well, in an interview with Engadget, Tetsuya Nomura confirmed that the FFVII battle system will see a significant overhaul. “We can’t have these upgraded, beautiful 3D models of Cloud and Barrett, still lining up in a row, jumping forward to attack an enemy, then jumping back to wait for their next turn. That would be bizarre,” says Nomura. “Of course there will likely be changes there.” Sorry to crush your dreams, everyone reading this.

Also, now this might just be a personal thing, but we saw very little of Morpheus at E3 2015! They didn’t show some of the demos that attendees are discussing the most: World War Toons, The London Heist, Kitchen, etc. weren’t shown at all. Instead, we got to see Summer Lesson (some kind of dating simulator), Rigs, Wayward Sky, and Headmasters. Rigs does look pretty slick though.

What did you think of this year’s E3? Sound off in the comments!