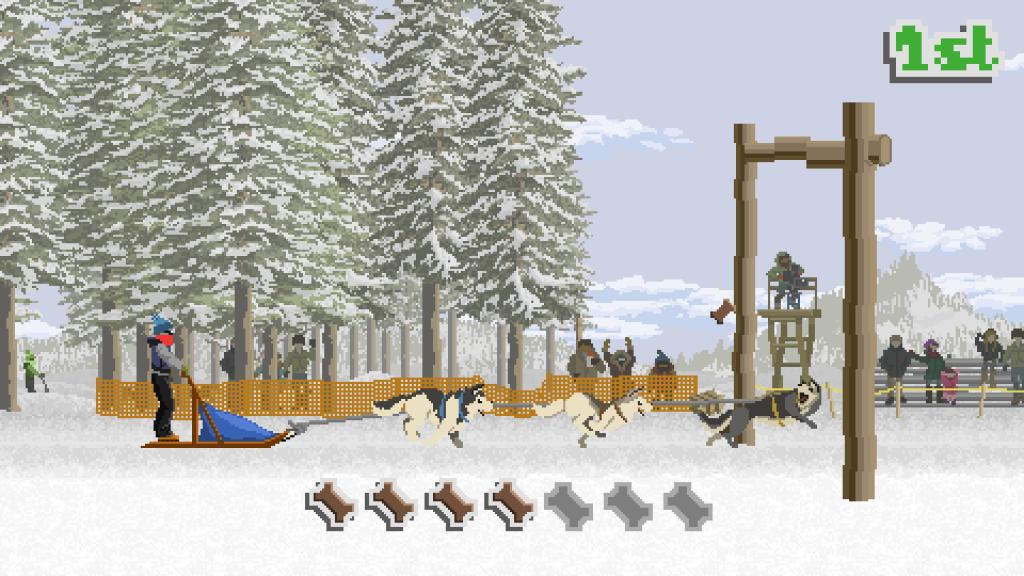 You won’t need to put on a winter parka to try out some dog sledding action at Google’s Indie Games Festival.

Google is running its first independent games festival this September, and it’s totally free. Sound awesome? Too bad! It’s already full. But you can put your name on the waiting list here.

According to the once mere search engine, more than 65 billion apps and games were downloaded from its Google Play store this past year, and the company says it’s committed to helping indie game developers thrive. Thirty games have been picked from more than 200 submissions to show off at the festival. Among them is Dog Sled Saga, a retro arcade-style racer in which you take on the role of a rookie musher who aspires to be the best there ever was at Mount St. Something. 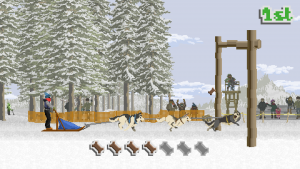 Dog Sled Saga comes from Trichotomy Games, and is a collaboration of Dan FitzGerald and Lisa Bromiel. The game first started taking shape almost four years ago. Fitzgerald knows the exact day he came up with the idea: December 8, 2012. He asked Bromiel to get involved and provide visuals on day one, and in May 2013 they ran a successful Kickstarter.  $14,317 was raised of a $6,000 goal. 1,021 backers showed their support.

The game is not just about racing. Players have to build and manage their dog teams for the best results. Some dogs are obedient, some are steady, and some are strong. These traits help determine where in the line they should be placed. Dogs can also get fatigued from racing too hard, so you’ll want to have some back up huskies. Resting increases a dogs happiness but can cause them to get rusty. The dogs have personalities and will respond positively to different things. Each dog has its own special trait as well for when you really need to dig deep.

The full release of Dog Sled Saga will be on September 22 for Steam, the Apple App Store, and Google Play. That gives it two days to warm up before the big showcase at the Indie Games Festival on September 24 in San Francisco. Actually, it’ll be on display before then as well, in the Indie MEGABOOTH at PAX West on September 4 and 5. Following the game’s release, Trichotomy says they will still be providing updates, as they have some more ideas they still want to include.