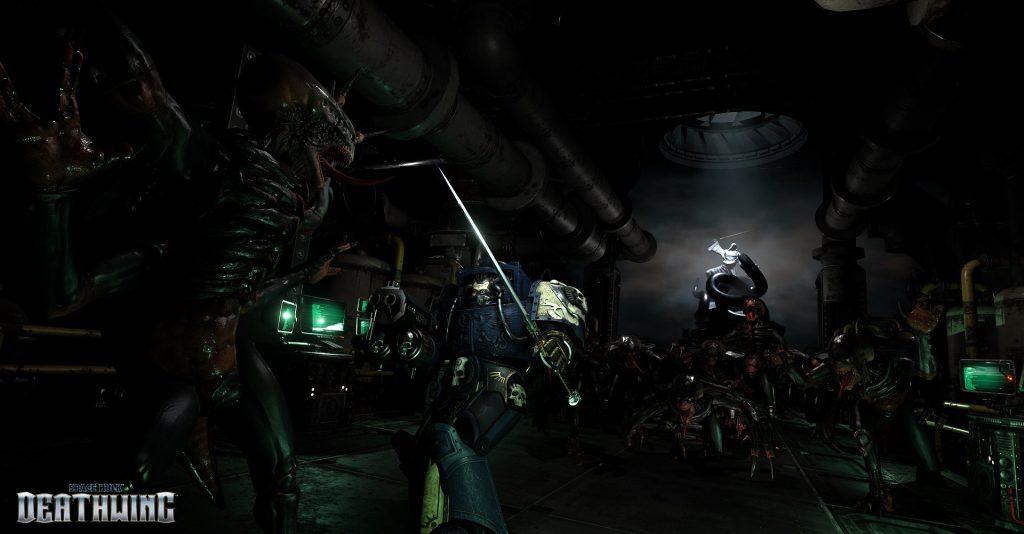 A new Space Hulk: Deathwing trailer has been released, showing off some of the weapons players will have at their disposal when fighting the Xenos scum.

The first-person shooter set in the Warhammer: 40,000 universe is set to launch on PC in November. In it, players take on the roles of Deathwing Terminators, elite space marines known to carry some of the biggest, baddest weapons in the Imperium. You’re on a mission to purge all Xenos from a giant Space Hulk, a dark, dangerous, and down-right infested spaceship in which the once-dormant Genestealers can ambush at any time.

The Genestealers are a swarm-like enemy that can attack from all angles. Players will have to watch their blind spots and look out for their teammates to be successful. As the trailer shows, your arsenal includes such killing machines as the Storm Bolter, Redemption, the Storm Shield, Thunder Hammer, and the dreaded Heavy Flamer. 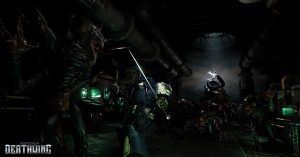 Space Hulk: Deathwing can be played both in single and multiplayer modes. In single player, you control your squad as team leader. You can command your soldiers to hold points, cover your advance, hack through doors, and the like. Squads can be customized and skills can be leveled up.

It is an adaptation of the Space Hulk board game, developed on the Unreal Engine 4 by Streum On Studio, the team behind E.Y.E: Divine Cybermancy. It’s published by Focus Home Interactive, and co-produced by Cyanide Studio.

As of writing this, those who pre-order the game on Steam are being given a 15% discount and access to a special weapon: the Lost Mace of Corswain.

Mark McAvoy is a contributor for AYBOnline. His opinions are his own, and no one can hear them in space.