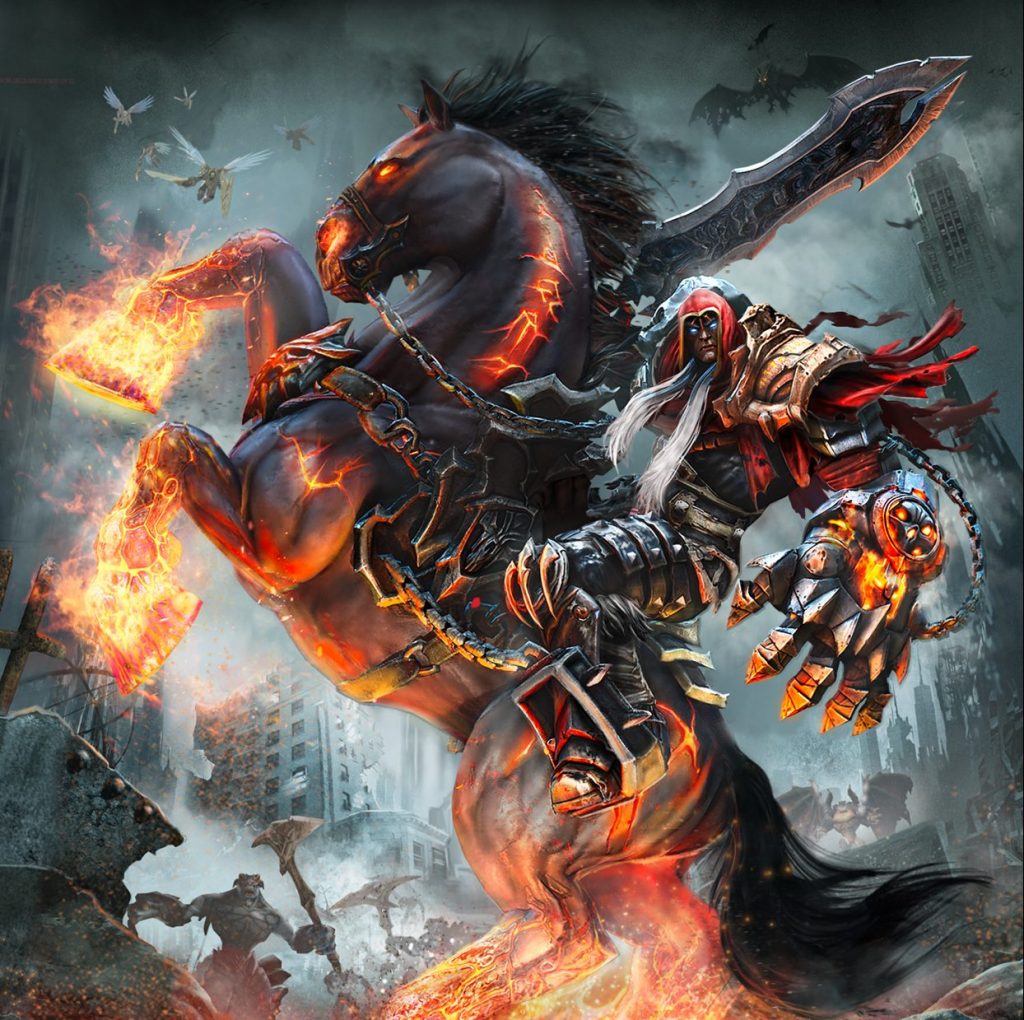 This November, return to the biblical hellscape of Darksiders Warmastered Edition, where Metroidvania meets Revelations, now in 4k on PlayStation Pro. A game that I have personally described as “Bram Stoker’s Legend of Zelda”, Darksiders can now be experienced on current gen consoles like never before.

Deceived by the forces of evil into prematurely bringing about the end of the world, War – the first Horseman of the Apocalypse – stands accused of breaking the sacred law by inciting a war between Heaven and Hell. In the slaughter that ensued, the demonic forces defeated the heavenly hosts and laid claim to the Earth. Hunted by a vengeful group of Angels, War must take on the forces of Hell, forge uneasy alliances with the very demons he hunts, and journey across the ravaged remains of the Earth on his quest for vengeance and vindication.

Unleash the wrath of War, combining brutal attacks and supernatural abilities to decimate all who stand in your way. Wield a devastating arsenal of angelic, demonic and Earthly weapons; and blaze a trail of destruction atop Ruin, War’s fiery phantom steed. Battle across the wastelands and demon-infested dungeons of the decimated Earth in your quest for vengeance and redemption. Uncover powerful ancient relics, upgrade your weapons, unlock new abilities, and customize your gameplay style. Battle against all who stand in your way – from war-weary angelic forces to Hell’s hideous demon hordes.

Jack McBastard is a contributor for AYBOnline. His opinions are his own. He is also somewhat of a loose cannon and was asked to turn in his badge and gun, but will still pursue the case while he’s on suspension no matter what the chief says.