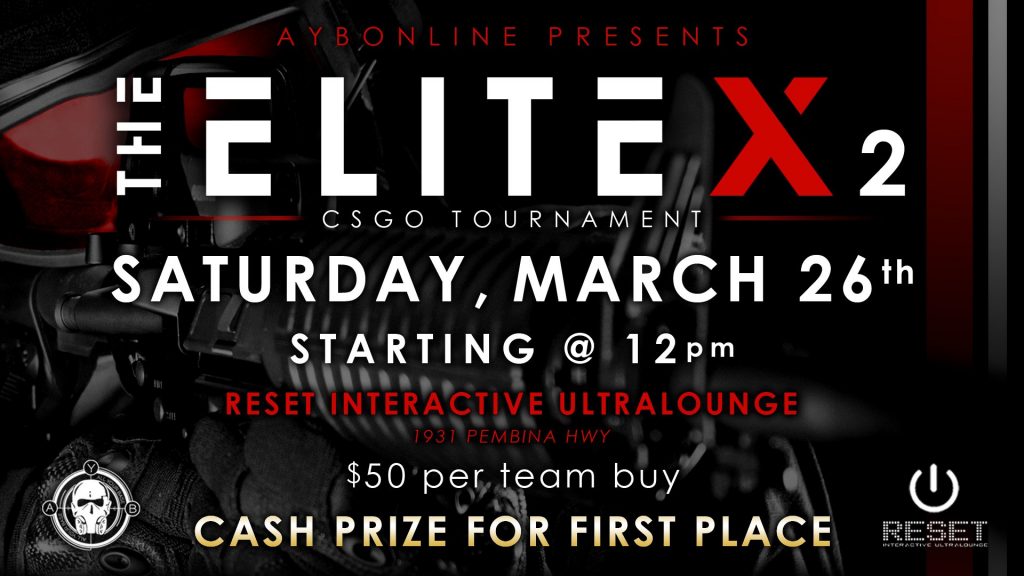 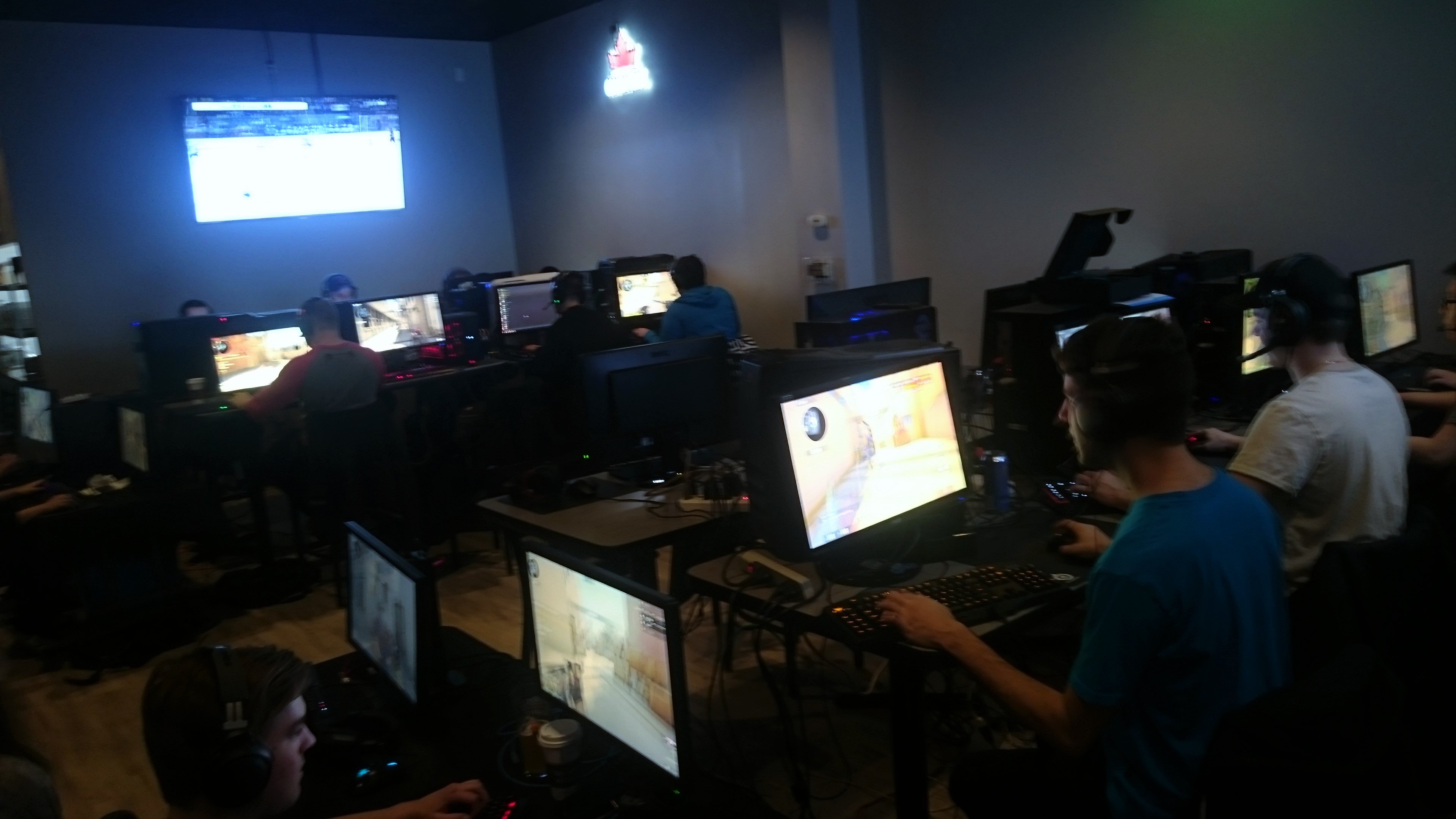 We’ve got the results from a very telling first round of matches.

The first round, featuring Memory Express versus True North, was pretty evenly matched early on. MemEx quickly asserted themselves with some beautiful displays of teamwork and coordination, which helped them pull ahead aggressively in the mid- and late rounds.

MemEx went on to win 16 to 6 against True North — a definite slaughtering.

Meanwhile, Eclips and Glockwork battled toe-to-toe, with Eclips emerging as champion with a 16 to 11 win, while Cyber Revolution took a no-contest victory against Lineage at 16 to 1… ouch.

We are still waiting on the results from the showdown between Complex Anomaly and Essence. We’ll update you guys once we get the word on that.

For now, let the second round begin!

Tune in at www.twitch.tv/aybtv right now to catch the matches LIVE! And if you aren’t here at Reset Interactive Ultralounge and you live in Winnipeg, get down here and check out the event! Spectating is absolutely free, they’ve got a great selection of arcade games, and the food is pretty great to boot.

Kate Rhiannon is a Contributing Editor-at-Large and Graphics Artist for AYBOnline.com.