Cosplay No-Nos: The Difference Between a Bad Cosplay and a BAD Cosplay 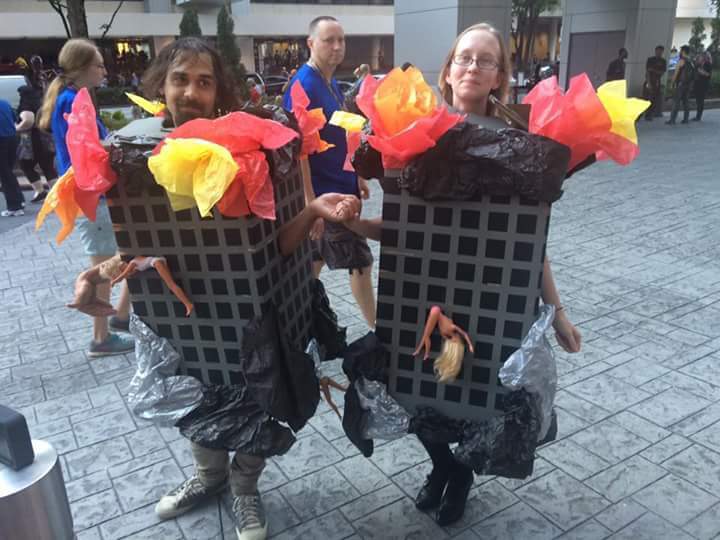 This past weekend, a plethora of massive events took hold of North America, including PAX Prime (AKA PAX West), Fan Expo, and Dragon Con.

But one particular group cosplay at one particular event is going viral online, catching the attention of various media outlets who don’t normally cover nerd, cosplay, or convention culture, and not in a good way.

A pair of individuals attended Dragon Con in cosplay dressed as what any reasonable person would assume was a depiction of the 9/11 attack on the World Trade Center. I can only assume they dressed this way to get attention and now they’ve got it in droves. Whether they were trying to make some kind of political statement or thought it would be an original idea to throw on some cardboard boxes, tissue paper, and dolls, the point is there’s a huge difference between a “bad cosplay” and a “BAD” cosplay. 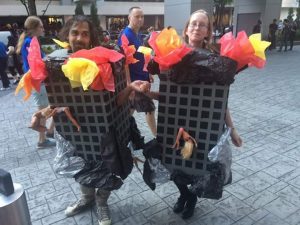 You might be asking yourself “Why are you telling me this? I know I have the common sense to know what is an acceptable cosplay and what isn’t?” Well, being that cosplay is an artistic interpretation, it may not always be so black and white. What might be completely acceptable to you may offend others. And no, I’m not referring to the “Tumblr-Triggered-SJW” kind of offended. I mean legitimately offended or uncomfortable with how you are representing yourself and the community. Whether you like it or not, if you feel that you belong within a community or a fan base, you become a representative of that community and should conduct yourself as such in a public setting.

So let’s just take a moment and go over some very simple basics of what the difference is between a “Bad Cosplay” and a “BAD” cosplay.

I think, based on these general guidelines, you can discern for yourselves based on common sense what kind of cosplay is acceptable at your next con. I give major kudos to the staff and organizers of Dragon Con for addressing this situation in an efficient and effective manner.

Let me know in the comments if you have any other tips to share on what the difference is between these two types of cosplay.