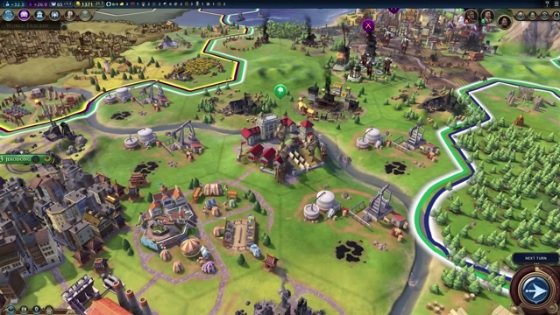 I’m not sure what to lead with here: a new video showing off the coolness that is Civilization VI, or the fact that Sean Bean plays a role in which he doesn’t die…

2K and Firaxis held a closed-door theatre presentation of Civ 6 at this past E3, which they’ve now made available online. It’s a great introduction to the game for both Sid Meier aficionados, and newcomers to the franchise. And oh my gosh, it’s narrated by Sean Bean!

Civ 6 looks familiar, and improved. Aside from the amped up graphics, there are two big changes from Civ 5 I see in the video: Districts, and what I’ll call Knowledge Boosts. The structures you build within a city now fall within districts, taking up physical space on the map. That means you’ll have to choose between constructing a farm, or creating a district. Districts take up one hexagon, and can contain more than one building. Still, that makes land considerably more precious. As well, certain structures must be built in their corresponding districts; for example, a shrine is built in the religious district, while a barracks goes in an encampment.

Knowledge Boosts appear to help your civilization progress to new technologies. Create a quarry and your people will learn more about masonry; by building a city on a coast, you’ll get a bump to Sailing– and speaking of coasts, you no longer need to build directly adjacent to water to access it. Building a harbour district on a coastal tile within the city allows you to create ships.

This game is going to be marvelous. It looks way more Civ 5 than Beyond Earth, which is definitely a good thing. And compared to its numerical predecessor, the UI looks cleaner, the terrain has more pop, and the map is gorgeous. The parchment-style map they’ve put in place of fog of war is especially cool.

The next age of Civilization drops October 21. Just…four…more…months.

In the meantime, if Civ‘s really your jam, you can watch an analysis of this video from two of the game’s designers here. It’s pretty funny hearing them disagree with the example-player’s moves. They also explain quite a bit more about how the game works. 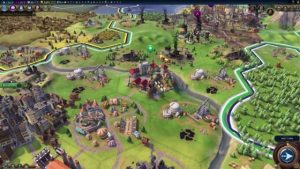 Mark McAvoy is a contributor for AYBOline. His opinions are fleeting. And his own.