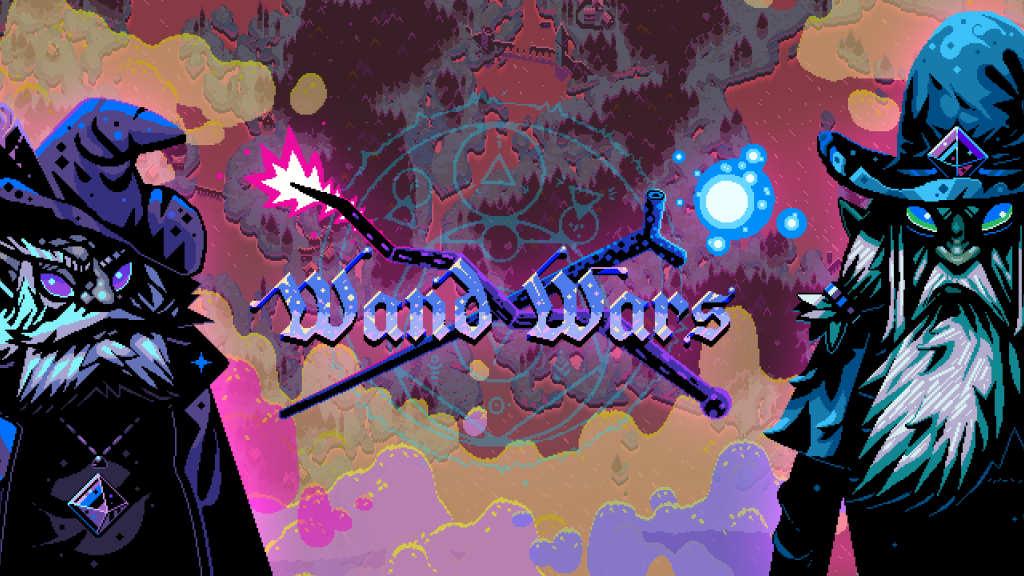 “There is a sport played by Wizards, and Vampires, and Chickens… um… there aren’t any chickens in this game. This is not a farm…”

Local game developers Megan Alcock, Igor Puzhevich, and Bogdan Rybak recently revealed their game Wand Wars on Steam Greenlight. Compete with up to 3 of your friends in a local multiplayer magical sports game developed here in our home town of Winnipeg!

Ride your brooms, outmaneuver your opponents and bounce rapidly growing spheres of pure magic. As the match progresses the magic intensifies, and the spheres grow in speed and size. Collect powerups, hone your sense of timing, and unleash ultimate arcane spells to defeat your opponents.

Before they launched their Greenlight page, we had the honour of demoing their game live in the Central Canada Comic Con Wonderland gaming room, alongside local developer Toasty Games’ recently released First Person Puzzle Platformer, Parallax. Let me tell you, both of these games are tons of fun!

Click the following link to check out Wand Wars on Steam Greenlight for more info!

And while you’re at it, check out Parallax, available now on Steam now!