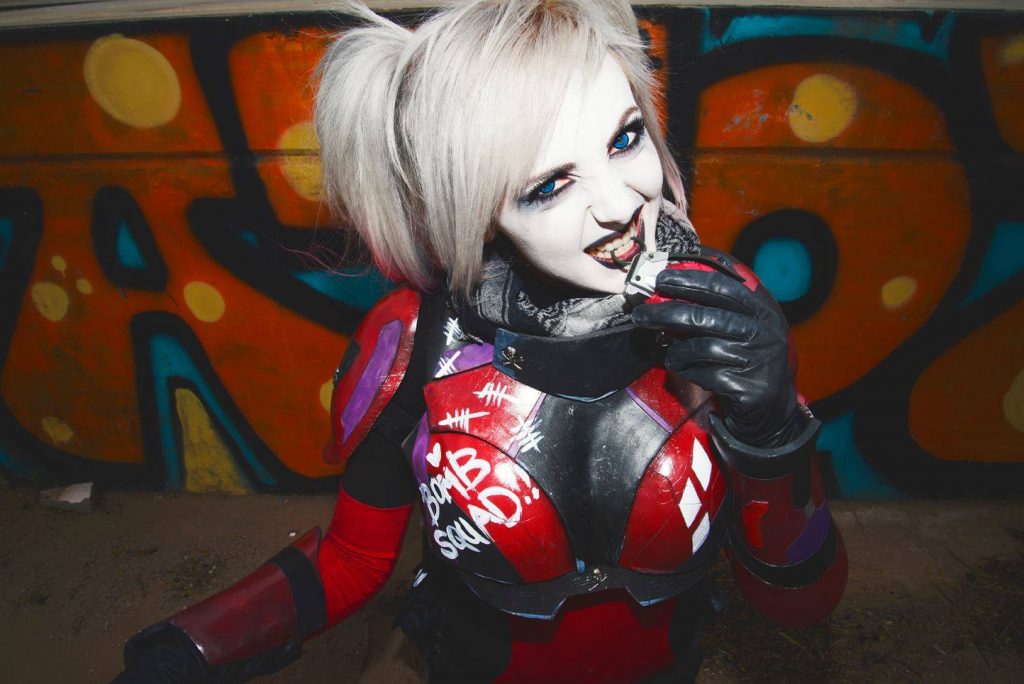 Before we dive into this journey together and get into this piece, I felt necessary to address some things. Recently it seems a series of click bait  websites have been running the same slam article against Jessica Nigri. Personally, I say don’t waste your time — but your time is your time, do with it what you will. I mean, you are here reading my opinion on the whole matter, but be warned, it’s littered with slander from attacking her via body shaming because she looks a certain way; more so pointing out her, and I do quote, “Athletic build“, to straight up calling her (again and I quote), “Furry Fetish”.

It’s very apparent that the writer doesn’t understand the art forms that are Cosplay and Crossplay, or what costuming is for that matter. The art of Cosplay and the whole joy of it is it’s open to the artist being the cosplayer to portray the character they artistically feel. To ouright attack any Cosplayer, Jessica or anyone else on these grounds because you don’t like their body type, athletic or otherwise. This not only makes you look like a douche, but it really shows that there’s only one thing you pay attention to when it comes to cosplay, and that makes you look like a goof.

Allow me to present you with a wild concept. So if Jessica feels Ash Ketchum, if he were in fact a she, and the female would expose her stomach and wear a skirt; if the writer would have taken time to do some research before going on the attack and being triggered by an exposed stomach, the writer would have taken note that Jessie from Team Rocket has a similar wardrobe… every episode. But hey, I’m just pointing out the facts here. It writes itself.

So before we go too off-course into uncharted waters, I’d like to present to you, characters that Jessica Nigri absolutely rocked, and, if anything, brought her talents as a cosplayer and artist full force. Some cosplays she’s made, some were made for her, and some she modeled that you’ll be familiar with, and some you might be seeing again for the first time, so here we go!

Let’s talk about Marvel Heroes. Jessica’s Deadpool cosplay was from a few years ago during her rise to popularity. I’m glad to share this one, as one in which she captures the character perfectly. I mean Deadpool would have dynamite in his mouth as he’s up to some killing, or he would sit around and give looks to the camera. As we all know, Deadpool is arguably Marvel’s most beloved characters as of recent years, partly for his shenanigans, love for chimichangas, and antics to breaking the fourth wall. I feel Jessica captures his spirit with her cosplay. It’s a dead-on costume: a balance of goofiness and bringing this cosplay to the circuit full force.

We’re up to number two, and yes, I’ll probably be continuing with lame and horribly-timed one-liners from characters and games.   I’m presenting to you, Jessica’s genderbend on  Legendary Princess ZeldaLink, one of Nintendo’s iconic heroes! Link has been done several times by many male cosplayers. However, Jessica boldly went into the cosplay battle dome and rocked Link. With this cosplay, Jessica once again delivers another take on a genderbent character dead-on. From the Green Tunic to the armour, she encompasses the character perfectly, and that sword is massive. 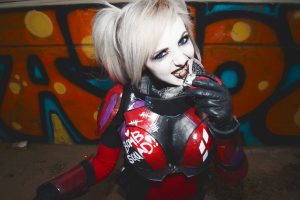 We have Armoured Harley Quinn. Now, this isn’t your traditional take on Harley Quinn, which is why I felt it necessary to throw it in here. I think we can all agree how cool this cosplay was. It’s a unique twist on a beloved DC character that has been heavily sexualized over the past few years, but here we have a unique twist on Harley that brought something new to her character. There was, as well, a Joker cosplayer included in this armoured shoot, which you can enjoy below. Warning: volume is super loud, but as you’ll experience below, the capturing of the character is, again, dead-on. With Harley’s serious to goofy nature, Jessica does yet again a fantastic job.

done: Princess Mononoke! This is my favorite Miyazaki anime, and this was like seeing the real thing.  TRIGGER WARNING she shows some leg! OMG! Anyway, now that we’re beyond that, let’s dissect and be critical on this cosplay for all intents and purposes. For one, the tunic and facepaint are dead-on. The photographer clearly has some knowledge of Princess Mononoke, as he captures these shots like stills from the movie. For those of you looking for something to get your jimmies ruffled about, you can stop looking. Would you look at this … another cosplay where she absolutely nails the character to a T, and does an amazing job. From props, make up, and over all costume, this was an unreal job, and captures Princess Mononoke perfectly.

Almost like a copy from the story board and into real life, we have another great cosplay lined up. Keeping within the theme of Miyazaki, I’d love to follow up with Jessica’s take on Nausicaä from Nausicaä of the Valley of the Wind. Clearly, whomever made this for Jessica, being herself or another artist, there was hard work put in to ensure the character was captured perfectly. The photographer again captures this character dead-on with near-perfect costume, props and setting. This was another piece of work well done.

Jumping back into the armoured series, I educated myself a little about Jessica’s work. Before getting triggered by someone slamming her, I didn’t know she did Sailor Mars. To me, this was something fresh and she did an unreal job with it. For those who don’t know, Sailor Mars is from the classic anime Sailor Moon. Sailor Mars is kind of a badass who can throw fire with that paper charm in her hand. Anyway, back on track: Jessica rocks yet another cosplay, and this was well done. What gets me the most is the detail of the armour. It’s sick!

Jumping into the world of Blizzard, I’m just going to hit two out of the park with this one. Jessica has done numerous cosplays from the Blizzard Universe, from Night Elves and Demon Hunters to the Destroyer of Worlds. I’m going to showcase what I feel is arguably some of Jessica’s best work, and best showcases her talent not only as a cosplayer or an artist, but a true-to-her-word genuine fan. The attention to detail, character actions, even down to the very paint is perfect.

Let’s first talk shop about Jessica’s Death Knight: bottom line, it’s just dope. This was another partner project with Ryan Brandt AKA FakeNerdBoy, where they both just blow their Death Knight characters out of the water. Down to the armour detailing, cloaks, and lighting effects, these were pieces of art.

Now breaking down Deathwing, this is my absolute favorite piece with its sheer detail and uniqueness. It was a concept piece drawn by Zach Fischer and put together by Jessica. She not only pulled this masterpiece off in under two weeks for BlizzCon, but absolutely murdered the details on this project given her time line. I don’t want to speak too much of this project, but let you experience it yourself. Jessica released a detailed video on how she made the armour. I felt this video not only showcased her talent, but really shows how much work, passion and heart goes into making great cosplay.

Steve Noel is the Deputy Editor for AYBOnline; his onions are his own