As Canadians, we celebrate Thanksgiving a lot earlier than out neighbours south of the border. Even so, one of their most infamous customs has been adopted here. The custom I speak of the terror/euphoria that is Black Friday! PNP Games is celebrating Black Friday with a sale going from November 25th to the 27th! Take a look at some of these deals and say goodbye to your hard earned cash! 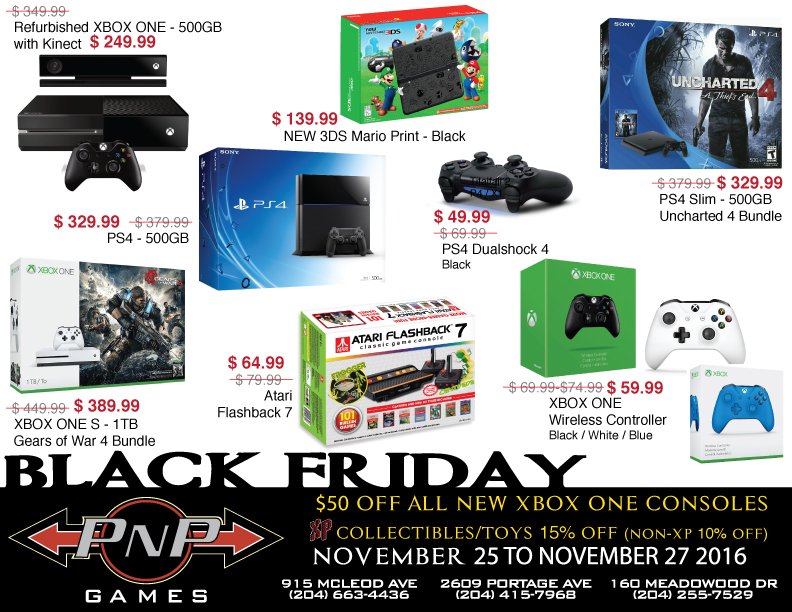 These are just a small example of the sales that will be at PNP Games this weekend. There are several new releases such as Shin Megami Tensei IV: Apocalypse and Battlefield 1 that are seeing significant mark-downs, just in time for the oncoming Christmas season! If you are interested in some games or hardware, this list is definitely worth a look. You can check out the details of the sale on their website here.

Nedu is an embodiment of the meme “Shut up and take my money!” He is also a content writer for AYBOnline. His views are his own.