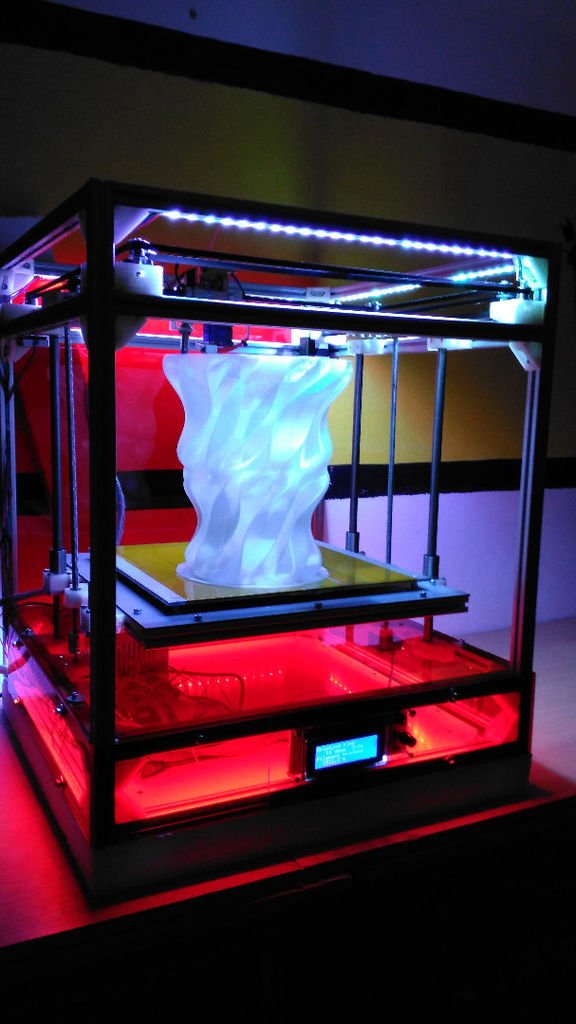 Well it’s been a long couple of weeks and C4 is over, which means I can start working on the printer again. Unfortunately my phone lost quite a few of the pictures I took while assembling the outer frame.

What I have completed is the entire outer frame. I had to print a couple more parts before I could keep assembling. I printed out the 40 brackets but more than a few of them broke due to over tightening. Not only that but I completely forgot to print the second part, and if I put the second stage up in the printer before the sections in the middle, there would be a lot of hell to pay.