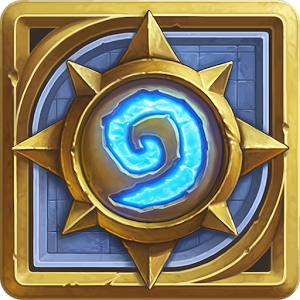 Earlier this week, Blizzard announced some huge changes to the way it’s extremely popular card game, Hearthstone, will be played. Let’s take a look at what’s changed, and how it will affect everyone from casual to try-hard.

The change is headlined by the creation of a new format, titled Standard. If you’re familiar with other CCGs, you will be familiar with the name, and it’s concept will fall right in line. Starting with the release of the new set this spring, the new format will include all cards released within the current and previous year, and any base class cards or cards contained in the classic set. Anything older than that will rotate out and not be playable. This change is crucial and well-needed.

As more and more cards get released, decks will slowly get stronger and stronger. The inevitability of power creep will eventually turn a format into a true slug fest. When the game reaches a state like this, creating cards that are still viable becomes difficult without making them increasingly strong, which will in turn make old cards obsolete. By creating this new rule set they gracefully dodge this entire scenario while still allowing players who prefer old cards and degenerate decks the ability to play those. The current “eternal” format has been dubbed Wild, and will remain an option for play.

The rotation of so many cards means a huge shake-up in the current meta, as so many staples rotate out.

It’s hard to speculate about what will be good once the change hits without seeing what the new set will contain. Now that the designers have a little more practice under their belts, consider that they have stated they may be tweaking some of the base and class cards. With previews certainly coming soon, though, theorycrafting season will begin soon. Get your brainstorm hats on, eSports fans, a new age for Hearthstone is coming.