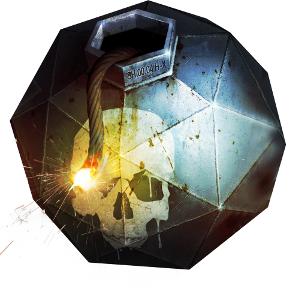 I have some good news, and some bad news. I’ll start with the bad news.

Bombshell has been delayed. Originally slated for Q4 2015, according to their official Facebook, Intercepter Entertainment has pushed back the release date by a couple of months to January 29th, 2016. Regarding the delay, Interceptor Entertainment had the following to say:

Over the last several weeks, we’ve been exhaustively testing Bombshell to get it ready for ship. Unfortunately, and honestly, the game isn’t entirely bug free at this point. Our first instinct was to just get this puppy out-the-door, and that we could fix the remaining issues with a quick patch after launch. But within ten seconds we realized that’s no way to treat paying fans of our games.

It’s a rarity in this day and age to see a developer so dedicated to releasing a quality product. Given what I played of Bombshell at PAX Prime 2015, I have no doubt in my mind that it will be absolutely awesome.

Now for the good news: details of the game’s release have been revealed. It will be released on Steam and GOG.com, with two packages offered: the standard edition for $34.99 USD, and the Digital Deluxe Edition, which comes with the game’s soundtrack, a digital art book, digital renderings of all of the game’s maps, and a retro-style first person shooter called The Washington Project, designed and developed as a prequel to Bombshell using the freakin’ Build Engine (the original engine which powered FPS classics such as Blood, Shadow Warrior, and of course, Duke Nukem 3D). The Digital Deluxe Edition will retail for $39.99 USD.