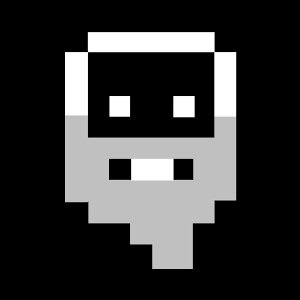 Bay 12 Games has launched a Patreon for Dwarf Fortress, the legendary 4X kingdom simulator with ASCII graphics and a reputation for detailed, emergent gameplay.
Now, normally I would just start filling you in on what Dwarf Fortress and Patreon are, but first, to those for whom this info is new: Congratulations! You are probably well-rounded people with happy, positive lives. I would like to apologize in advance for the gateway to hilarious masochism I am about to open.
Anyway. Onward!
Dwarf Fortress launched in 2006 as a labour of love from two brothers, Zach and Tarn Adams. ‎It gained a cult following later that year when members of the Something Awful forums passed a save file around and — in one of the most historically important Let’s Plays we’ve ever seen — began telling the story of their fortress, Boatmurdered.‎ The cult following continues today, with developer Tarn Adams calling the game his life’s work.
Dwarf Fortress is infamous for… You know what? You don’t need me to tell you what’s possible in ‎Dwarf Fortress. I’m just going to leave that link there, and maybe this one here, and if you choose to fall down the rabbit hole, my conscience will be free.
As of this writing, the Dwarf Fortress Patreon is pulling in over $1,500 per month from 400+ donors. Unlike other Patreons, there is no complex scheme of reward levels and early-access permissions — donors get their name on the website, the possibility of a story reward or crayon drawing from Adams, and that’s it.
Note that Bay 12 and Dwarf Fortress have been accepting community donations for some time — the Patreon is the first method that allows donors to give money without using PayPal as an intermediary.
So? What say you, Urist Allyourbaseonlinereader? ‎Ready to delve into the deeps and perhaps, finally, make yourself a home?
Jesse Mackenzie is the Managing Editor for aybonline.com. He often writes while listening to the gentle hum of engine cores from Star Trek. His opinions are his own.
Dwarf Fortress Patreon