Blocky Soccer is Now Available on iOS and Android 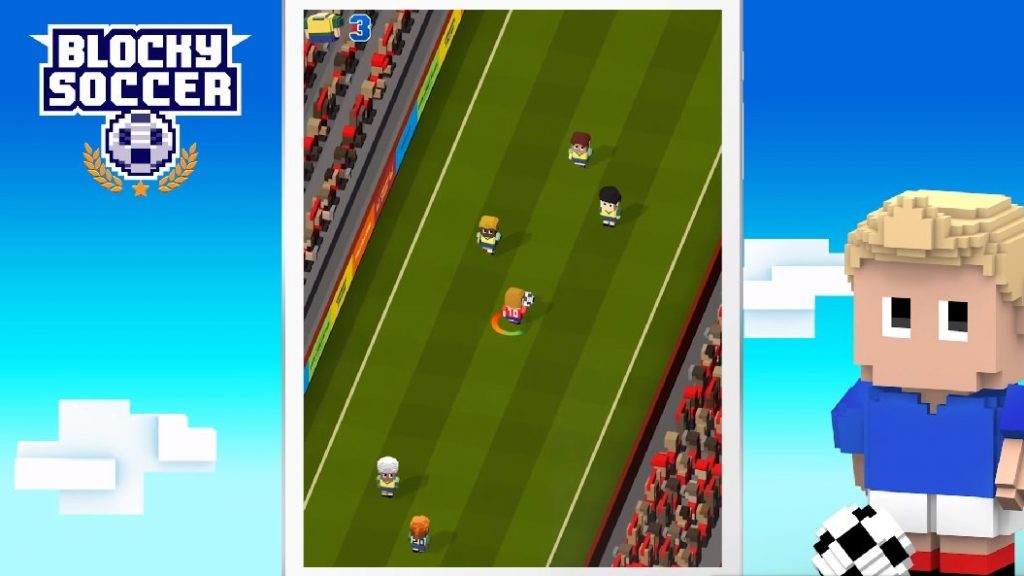 The beautiful game has been blockified in a recently released iOS and Android title that’s more endless runner than a sports game.

UK-based developer Full Fat has released Blocky Soccer v1.1, their latest in a growing list of Blocky Sports games. In it, controlling only one player, you deke through defenders by swiping left and right and tapping the screen to sprint. If you successfully make it through, you’re awarded a place kick in which you tap to aim and determine the power of your shot.

It’s tough to categorize it an endless runner outright because, well, there’s an end. Once you’ve made it past enough defenders, the running stops, you shoot, and soon you do it again. As for the other end of the pitch, opponents’ goals are pretty entirely random. The game decides when the opponent will get a chance on net, and you “spin the wheel” to see if it goes in. If the game ends in a tie, you go to penalties, in which you both shoot and play as the goalie, tapping the direction you wish to cover.

“It was a lot of fun to make, prototyping dribbling and jockeying and distilling the fun into a bite-sized accessible formula.” says Tomlin.

Blocky Soccer is free if you don’t mind ads that pop up fairly frequently, or you can pay to play ad-free. You can find it on the App Store and Google Play Store.

Mark McAvoy is a contributor for AYBOnline. His opinons are fleeting. And his own.