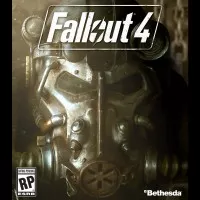 Another day, another E3 Keynote. Since the Oculus Keynote was not officially part of E3, I think we can solemnly say, with certainty, E3 has begun – or at least the big press events have begun. With their first ever E3 keynote, Bethesda brought down the house with some absolutely killer announcements. Maybe the heavy drama of the Nintendo World Championship got me emotional, but I am legitimately impressed by Bethesda’s showing, and I am not normally a huge fan of most of their games. For those of you who missed the keynote, I’ll be summarizing it below.

While there weren’t a huge number of titles shown off, the titles that were shown were given the respect, and time on stage that they deserved. Pete Hines and Todd Howard did an excellent job pacing the show, and they did not muddy the waters with sales figures or fluff. It was a respectable, concise, exciting show.

Before the show, we were treated to a bit of an X-Play nostalgia trip; Adam Sessler and Morgan Webb hosted interviews with Bethesda fans, and discussed their speculations on the show. This, combined with Attack of the Show’s Kevin Pereira Nintendo’s World Championship, today was like a doorway to the mid 2000s, just missing Olivia Munn, Victor Lucas, and Tommy Tallarico.

To summarize the Bethesda show, it opened with a heartwarming montage of passionate developers of varying seniority, who were genuinely excited to be working at Bethesda. This was a great move for Bethesda, who in recent years had caught some flack from confessions and tweets coming from employees at Human Head studios, and Arkane studios, who stated they were difficult, or even strangling to work with. It is clear from this video, and from their presence on stage, that Bethesda is genuinely trying to undo some of the damage.

After this video, Pete Hines, Vice President and head of Public Relations, introduced a legendary classic.

“I assume that some of you in the audience have heard of DOOM?” says Pete. Why yes Pete, we have, and we are very excited to see more! With that note, Mr. Hines introduced Marty Stratton, executive producer at iD, who previously worked on Rage and Quake Live

DOOM was showcased in detail with an in-game demo. This demo was clearly constructed just for E3, as it showed off many of the game’s weapons and enemies, and featured many scripted events. However, if it lives up to this level of detail, interactivity, and excitement, it will be a game to remember. Some of the new features include detailed (and gory) melee finishers, double jumping and ledge grabbing, medpacks (no recharging health), and a Metroid Prime-like HUD.

Despite the new focus on arcade gameplay, the demo featured almost no music, and seemed to combine the fast paced action of DOOM 1 and 2, with the atmosphere and horror elements of DOOM 3, with the gore and violence of the DOOM comics, and more recently, brutal DOOM. The demo concluded with a kill screen reminiscent of Dead Space’s death animations, with a Revenant literally tearing the DOOM Guy limb from limb, then beating his head in with his own arms (all in first person, of course).

But they didn’t just talk about the single player – they also showed off the multiplayer quite extensively. It looks as if this will be a classic arena shooter with some key twists; in some game modes, it appears as if you’ll be able to play as the enemies, with one player assuming the role of a Revenant with a jetpack.

In addition to an extensive arena-style classic multiplayer, DOOM features what iD is callign “DOOM Snapmap” – a built-in simple map maker that allows you to quickly invent scenario sand maps, even manipulating the game’s logic to create new game modes. This map editor appears to be a hybrid between Halo’s Forge, and TimeSplitters’ custom map maker.\

Before moving on to the next game they showed off some more gameplay – this time in Hell. “Welcome to Hell” says Marty Stratton – shortly after, the DOOM Guy Goomba stomps an Imp, crushing him into a fine paste. Yes, this definitely resembles Brutal DOOM. I half expected someone to give the middle finger and yell “get f***ed.” This sequence also featured a Spectre, so that was cool! Looks like the whole classic DOOM gang is here, including the BFG and Cyber Demon, which they teased at the end of the trailer of course. DOOM will be released in Spring of 2016.

After speaking about DOOM, Pete Hines took the stage again to discuss BethesdaNet, which they noted would be a portal for “all things Bethesda.” It remains to be seen how extensive Bethesdanet will be, but from the sounds of it, it will be a platform for launching and managing mods, and other digital content. Hopefully this won’t end up like Ubisoft’s U-Play or EA’s Origin, but I think they would have spoken about it more extensively if that’s what it was. When more information is known, we’ll write an article about this specifically.

After briefly introducing BethesdaNet, Mr. Hines introduced Battlecry, with a trailer showcasing a new faction, the Han Republic. After the trailer, the developers announced that they would be opening Battlecry up for a worldwide Beta starting soon.

Next, two developers from Arkane hit the stage, and discussed how touched they were by the fans’ reception to Dishonored, which they described as their dream game. After an emotional introduction, they showcased a pre-rendered trailer for Dishonored 2, revealing a female protagonist (Emily Kaldwin from the first game), new setting (at the southern edge of the world), with new powers (which look similar to the powers from The Darkness), and new enemies (including weird insects, and cool looking robot guards).

A brief trailer for Tamriel Unlimited was shown and then Pete Hines introduced a strategy card game based on the Elder Scrolls universe, called Elder Scrolls Legends. This game will be released on iOS and android devices, and will be free to play.

To finish off the show, Pete Hines introduced Todd Howard, and the rest of the show was dedicated to Fallout 4. Well, not entirely Fallout 4, they did announce two smaller, but still significant mobile apps, the first being a companion app for Fallout 4 which turns your iOS or Android mobile device into a pipboy which can be used with the game. The second, more substantial announcement, was a mobile game known as Fallout Shelters, which looks to play a bit like TinyTower, and was inspired by the likes of Sim City, FTL, XCOM, and other simulator games. In Fallout Shelters, you play as the overseer of a Vault, and you micromanage all aspects of the vault, from the new expansions, right down to the names of the newborns. Fallout Shelters will be free to play, but will feature no paywall, and require no internet connection, and is currently available for iOS devices (yes, really – you can download it now).

An extensive list of new features and information was revealed for Fallout 4, including the following:

The Fallout collectors edition will feature a physical Pipboy prop that houses a smartphone device, which runs the companion app allowing you to use your smartphone to manage your in-game inventory. Todd Howard himself described this as “A stupid gimmick… but as far as stupid gimmicks are concerned, this is the best f***ing one I’ve ever seen!” Fallout 4 will be released on November 10th, 2015.

So, that about sums up the Bethesda keynote. Make sure to check out all of our E3 posts, including my post about the AYBOnline Content Team’s E3 predictions (I’m about 75% accurate so far), and Tyler Morse’s piece about some of the reasons why you shouldn’t let the hype get the best of you. Also, if you missed the Oculus keynote, check out my summary here. Make sure to keep tuning in for all of our E3 coverage, and tune in after E3 for our post-show opinions! As always, thanks for reading.