Beat up Your Friends in Last Fight

Piranaking, a Paris-based indie developer, has released their 3D two vs. Two fighting game entitled LASTFIGHT on PlayStation 4 and Xbox One!

The game allows players to battle three other friends in local combat or to go it alone in the story mode. Players can choose between ten unique fighters, eight diverse stages, and five varying game modes. 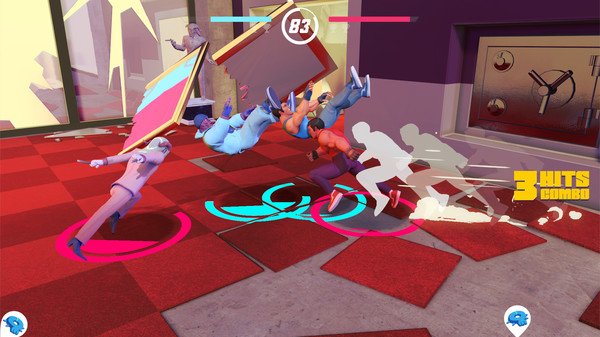 LASTFIGHT’s different game modes aim to mix up the objectives and play styles of the main game. There is a Free-for-All mode that pits one versus all in a fight to the finish. Ranked (offline) allows players to fight combatants offline and move their way up a ladder. Endless sounds like a classic survival mode where players will fight and defeat as many opponents as possible with one life bar. Pinball mode forces players to launch pinballs at each other to do damage as normal attacks will have no effect.

LASTFIGHT was released on Steam on May 19th, 2016. This stylish fighter is actually based on a French comic book series called LASTMAN, which will also be getting a cartoon series. Just looking at the trailer reminds me of player Power Stone 2 on the Dreamcast! This game definitely looks like it is worth a look. The game can be purchased for $14.99 USD with a 10% discount for one week starting September 20th.

When Nedu is not losing at fighting games, he is writing content for AYBOnline. His views are his own.