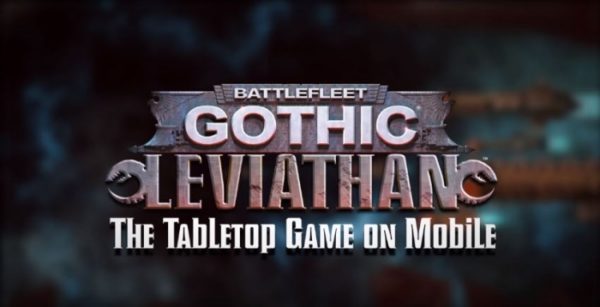 Battlefleet Gothic: Leviathan, a turn-based tabletop game for mobile devices, is getting a new campaign on September 15th.

This free update, entitled Black Rage, will allow players to control the Space Marines Flesh Tearers fleet to engage with new challenges. The new ships will also be playable in skirmish and multiplayer mode.

Battlefleet Gothic: Leviathan takes place in the Warhammer 40K universe. Fans of the franchise will recognize the iconic designs of the Space Marines and the Imperial Navy. In the campaign, players will protect the Cryptus system from the incredibly creepy Tyranids. I mean… Google Tyranids. It is like the Xenomorph from Alien and the Zerg from Starcraft had babies and gave them guns.

The coolest thing for fans of tabletop gaming is that this game appears to be a fairly faithful recreation of the strategy game in digital form. This means that it would be easy to pick up and play for those who are familiar with the physical version made by Games Workshop. Adding a free update will definitely give players a reason to come back. Battlefleet Gothic: Leviathan is available on Android and iOS for $5.99 USD.

Nedu needs at least three people to strap him into his oversized Space Marine armour. He is also a content writer on AYBOnline. His views are his own.