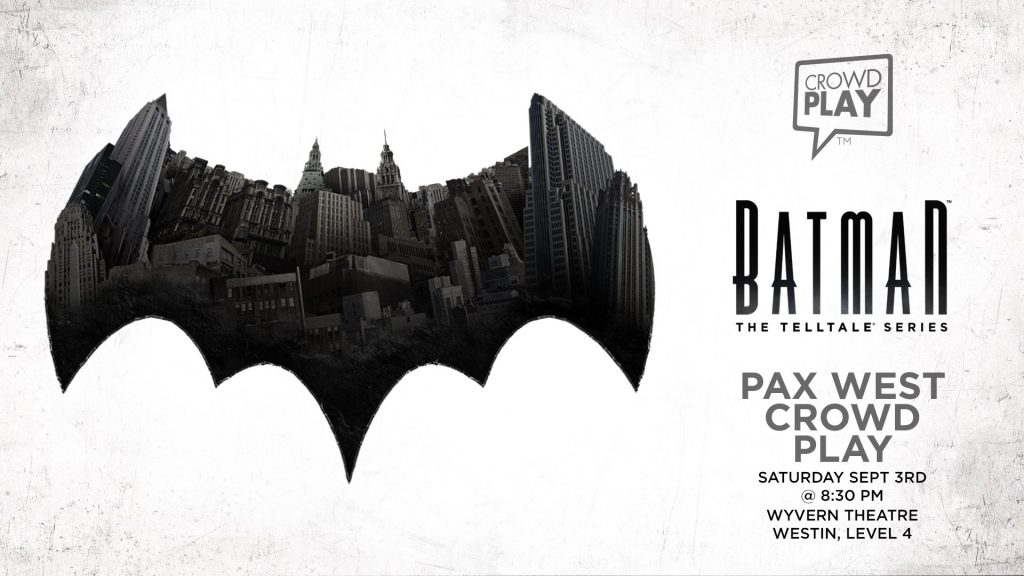 The release date for the second episode of Batman: The Telltale Series has finally been announced. 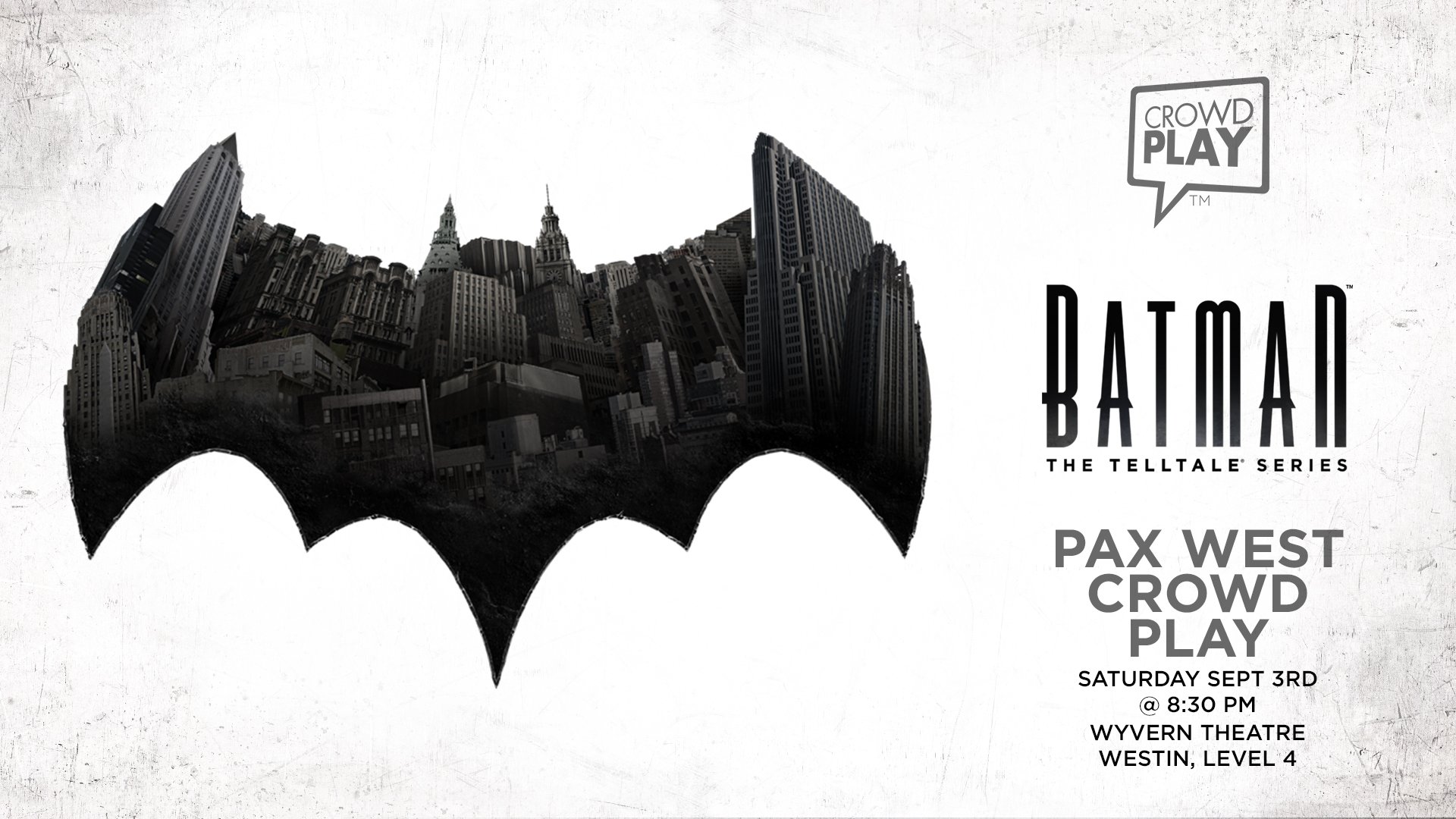 Starting September 20th you too can play the second episode of this batman game, though if you’re anything like me you’re probably going to wait until all five have been released.
Episode 2: Children of Arkham is going to make it’s official debut ahead of the public launch at a special Crowd Play event during PAX West.

This event will take place on September 3rd at 8:30 PM in the Wyvern Theatre at the Westin.  This will be the very first event that uses the new Crowd Play feature, where the audience will help play the game using their smartphones. There will be giveaways for everyone in the audience, and the event will be hosted by Dan Casey from Nerdist.com.

Yves Hacault is a content writer for AYB by day, but probably not the Dark Knight once the sun sets. His opinions are his own.