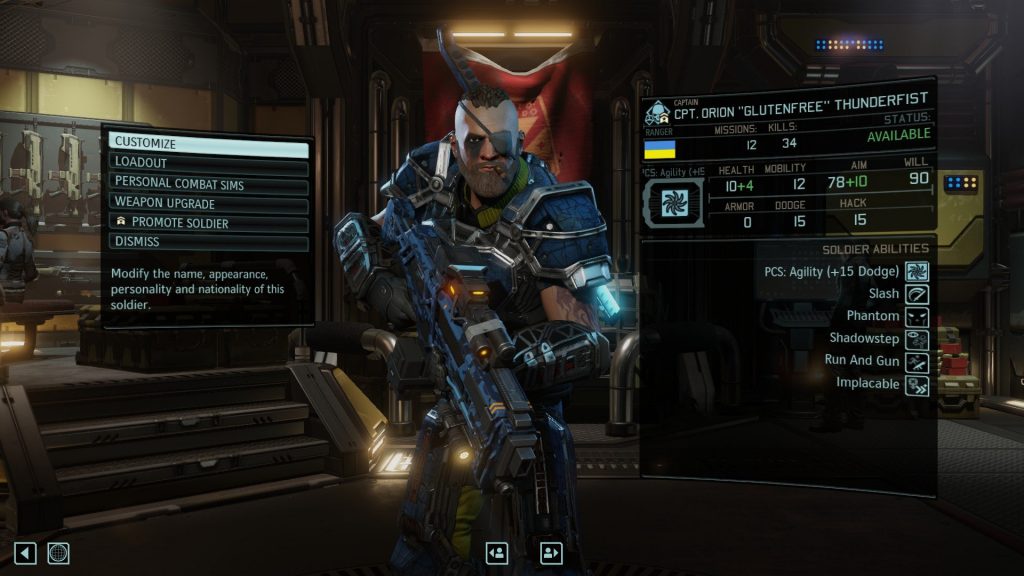 XCOM 2 is one hell of a gaming experience. Without a doubt, an early contender for Game of the Year. It’s a cruel, unforgiving lover that wants nothing more for you to keep fighting, and come back for more.

… then allow me to introduce you to the world of hardship, or as we fans know it, XCOM. It is a challenge for the brave, the daring, and those seeking a fufilling gaming experience. I mean, come on — who doesn’t want to be the hero of Earth?

XCOM has always needed a certain type of gamer. Someone who laughs in the face of overwhelming odds, someone who can act under extreme pressure, someone who names squaddies after their friends in order to watch them get obliterated by lasers, just because it was fun.

XCOM 2 is ludicrous. The gameplay is mentally straining, testing your wit, gut and soul. It will push you to the point of questioning everything you do, and the new style of play in this latest title is utterly unforgiving. In other words, I absolutely loved it.

I’ve spent 45 hours in the game so far this week, and I’ve found this to be the most challenging and rewarding XCOM title to come from the Firaxis team to date. It only made me love the franchise more. Never have I suffered such losses (of both squaddies and my mind) and heartaches over a game. Firaxis stepped it up a whole lot more this time ’round — XCOM 2 is not the same game as others in the series.

In previous XCOM titles, you were a well-equipped military force, trained specifically to fend off an alien invasion of Earth. You had a loaded-to-the-nines science team, engineers to make you dope equipment — and did I mention you were funded by the world’s goverments?

There’s not a fat chance in hell XCOM 2 will hold your hand like that. You are on your own — a group of unsanctioned guerrilla soldiers, mercenaries, and freedom fighters attempting to take back Earth from these alien overlords, with a ragtag science and engineering team. You don’t have those training wheels from goverment funding. You have to rely on yourself.

The combat has changed as well. It is aggressive, quick, and unforgiving. In XCOM: Enemy Unknown and XCOM: Enemy Within, we knew what we were jumping into; we were always the first to attack, or to know when we should defend. Again, when we compare that to XCOM 2, it feels like our hands were being held.

You are facing off against a better-equipped military force who is always on the defence. You have to make strides on the battlefield to disrupt operations, get information, or take out a target. It’s much different from the kill-everything-with-your-big-guns gameplay loop from Enemy Unknown and its expansion — this one you have to play smart, and think about your moves. Not that you didn’t before, but this time, they could mean life or death a whole lot quicker.

For kicks, I put some fellow staff members into my squad, but after several wipes, I simply stopped giving them updates. Nothing was more depressing than having to tell Dmans his guy literally got hammered into the ground like a stake, or telling dandr0id he literally had to sacrifice himself to save the squad, or — the worst — losing CommanderSanta to a Viper in a drop zone.

This game is ruthless.

If that’s not enough to get you geared up and ready to have your alien alloys pushed in, there are whole new sets of aliens for you to kill. I won’t name them all, as I don’t believe in spoiling the majesty of this game, but you’ll definitely encounter iconic enemies such as the Sectoid — which in this game has clearly been going to the gym — alongside a new threat named Advent which, I must say, are a bunch of —

I cannot recommend this game enough. For a fan of the series, anyone that has loved what Firaxis has done with the series, or someone who loves to get severely punished and watch helplessly as a Berserker is slamming the dead corpses of their squaddies into the ground never stopping… ever… XCOM 2 is so far proving to be an excellent choice.

You’ll be seeing some more great content from fellow creators here, such as newcomer Gavin Bouchard and AYB veteran Matthew Kondracki, as there is a ton of game to cover here. One objective review won’t suffice to cover our experiences, so we’ll be spreading pieces through the next couple of weeks that focus on game play, strategy, how to cope with a squad wipe, and official mods by Long War Studios.