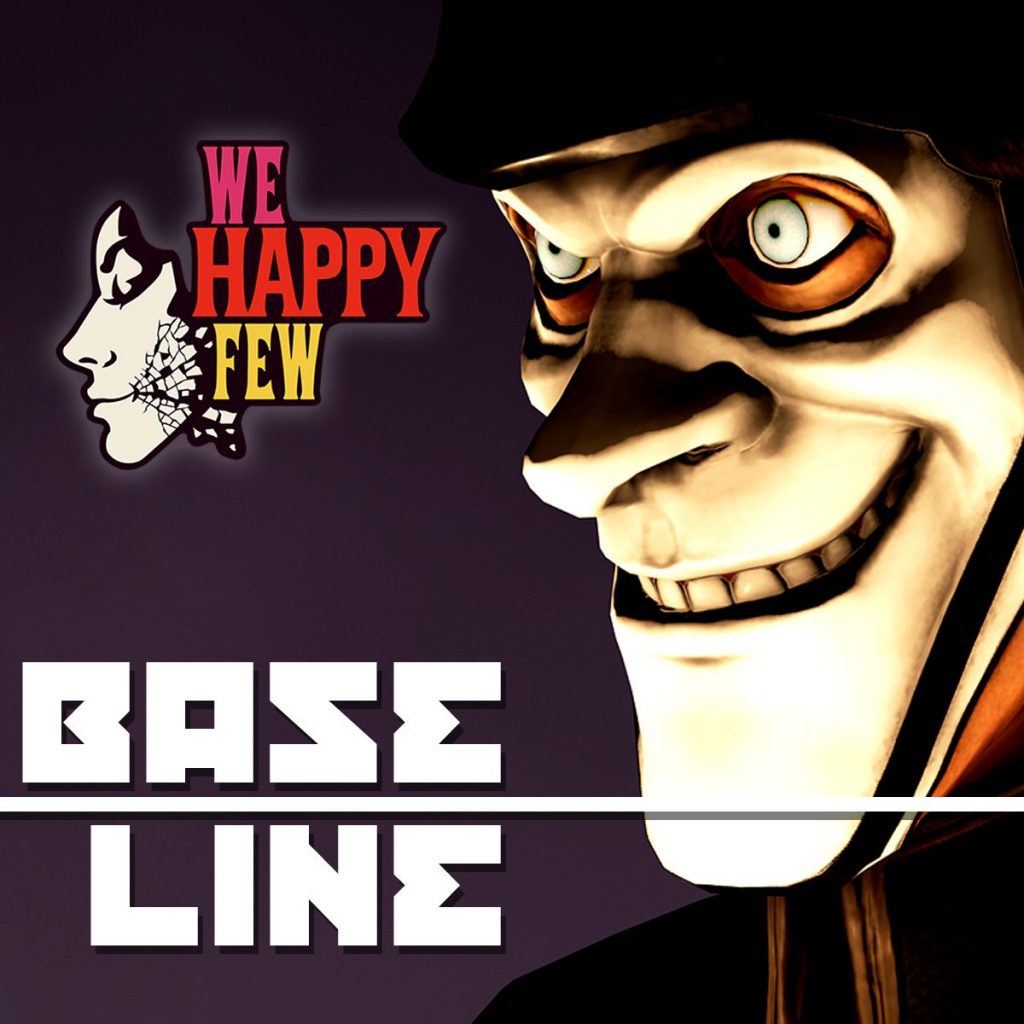 I remember seeing the original trailer for this game over a year ago. I remember it because it didn’t look like any other game I had seen before. It stuck with me until the very moment I got to play the alpha build a couple days ago and I am so happy that this did not end up slipping through the cracks.

If it’s one thing that truly makes We Happy Few different from all of the other dystopian games, is that it’s a fresh take on what a dystopian future can be. Most games will play on the fall of mankind, rise of the robots, or nuclear war, and usually ends up with us living in the desert hunting for water or gasoline.

Instead, We Happy Few chooses to dive into an alternate reality 1960’s style London where people escape their daily lives through government prescribed drug use. There may not be any robots or nuclear war, but the future still seems bleak, unless of course, you take your Joy.

The citizens of Wellington Wells are hooked on the stuff and if you’re not taking them, you’re a Downer, and that’s a big problem. The issue with the Joy pills becomes very apparent in the opening minutes of the game. I don’t want to spoil anything for you, but there’s a pretty spectacular scene that involves a piñata that really sets the tone for the whole game.

Fast forward to waking up in a world outside of that little pink pill. It was not only interesting to see the game world for the first time, but to see how different the game actually is from what I expected it to be. Most of the trailer and gameplay makes it look almost like a corridor based murder mystery, sneaking around strange London scenery similar to Dishonored.

But once you arrive on the first island, the game feels more like Fallout than a murder mystery. Now I do love it when a game makes you feel what the character is feeling, in this case a sense of confusion, but I feel like they could have helped you to hit the ground running a little better than dumping you in a hole and saying good luck. Normally finding your way around a strange new place wouldn’t be so bad, but the issue is that the character has ailments such as the need to sleep, eat and drink.

So you wake up in a strange land, almost every bit of food you find is rotten and usually makes you sick, and the day/night cycle fly’s by entirely too fast. Now, confusion aside, it took me a couple days to get the hang of things. My checklist consisted of waking up ridiculously early, roam the streets searching every rubbish bin and mailbox for anything useful, get yelled at by strangers for simply walking past, and venture into every empty field you can to look for objectives and points of interest.

Honestly, you will get lost unless you use your map because the streets and scenery are pretty bland, but that’s to be expected with an alpha build. 90% of the scenery is recycled and as you run down the streets and buildings go by, you feel like you’re trapped in a Scooby-Doo running sequence. The crazy rambling civilians, twisted broken buildings and eerie overtone, the game definitely has its own unique immersive feel and I believe it will only get better towards the final release.

As far as FPS games go, We Happy Few sticks to the basics. You have the usual full range of motion with walking, running, jumping (with some basic parkour animations), and melee fighting. Movement can feel a little clunky at times when trying to move around pedestrians or over terrain but again, I’m sure this will be dealt with in the final build.

One of the things that totally caught me off guard was the crafting system. You actually do have to craft a lot of items in this game. Right from the start, you have the ability to craft things like health kits, basic weapons, and even a fancy suit. Of course the issue is that supplies tend to be hard to come by until you really start digging in the derelict houses found around the island. Even though you do eventually start getting a nice collection of supplies, food always seems to be an issue. Luckily there is a water pump right outside your door so you’ll rarely die of thirst, but food is scarce and you’ll usually end up eating everything that’s labeled as rotten or spoiled.

One big issue I found while playing was that the objectives seem a little convoluted. For example, one of the first objectives you find is a man who’s been hurt. You can tend to his wounds by using a med-kit on him which you have at the start. You then help him more by bandaging his wounds with a bandage which you also start with. Finally he needs antiseptic to cure his infection. I was confused at first cause I figured it would have been an item you find shortly after your interaction, but no, it’s not that simple. Not only do you have to find the supplies to craft the antiseptic, but you also need to find a chemical crafting table which you can’t access until you get to the second island.

So through other trials and tribulations I eventually make my way all the way over to the second island to create the antiseptic. I take it all the way back to the hurt gentleman who thanks me, points to a small chest of goods he says I can take, and then he leaves. I spent half my in game time trying to help this guy who wasn’t even important to the plot what so ever. Rant over. I’m sure that this was just put in place to give the alpha build some objectives, but I seriously hope that the devs don’t employ this type of storytelling with the finished product.

Overall, We Happy Few, as an alpha build is very promising. With expansive city-blocks to roam, an in-depth crafting system, and an eerie dystopian London backdrop, We Happy Few spins a tale of mystery and drug induced corruption and I just want another taste. Unfortunately we will have to wait until early next year for the real deal, but until then, I’m going to get another hit.