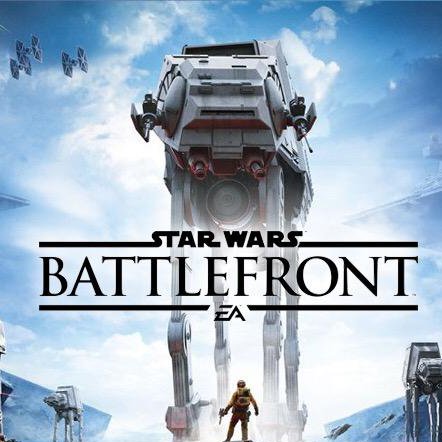 Unless you’ve been living under a gaming-news-blocking rock for the last few weeks, you’ll know that this weekend marks the open beta for the brand new Star Wars Battlefront. And I’m assuming, from your position under said rock, that you haven’t yet hopped in an AT-ST and strolled over to Origin to try it out. Well, if you’re reading this before Tuesday, October 13th, you’re in luck. EA has extended the beta for another day, so try to remember your Origin login and get downloading! If you’re reading this after Tuesday, let me just say that I’m impressed by the quality of your block-rock and it looks like we’re stuck together.


“Get to the point,” I’m sure you’re complaining, “Stop making rock based jokes and tell us about the beta”.

Well, fine then, let’s start with the good stuff.


Battlefront looks and sounds pretty awesome. On PC there’s an extensive graphics menu (even including options for three different varieties of colour blindness!), and it ran smooth as silk for me, excluding a bit of stuttering when the maps first load. I’ve heard of problems happening for other players, including random crashing and weird crossfire issues, but for me personally it ran great. The three available maps weren’t particularly colourful (the orange sand of Tatooine, the whiteness of Hoth, and the black rock of… another planet), but the environments look crisp and the models/animations feel very true to the franchise. The ship battles in the skies above you are particularly stunning.
The sound design is right on point as well, which I guess isn’t that surprising given the well-established Star Wars sound library. Blasters, TIE fighters, lightsabers, even that awesome bassy explosion sound all make their appearances amidst typical Star Wars brass. The sound settings also feature four dynamic range options, something that I wish more games had.

But if sound and visuals are the wrapping paper, it’s time to take a look at the gift hiding underneath (please not socks, please not socks). And unfortunately, Battlefront is a bit like getting an automatic pancake flipper: sure it’s kinda cool, but you certainly don’t need it, you never would have asked for it, and you’ll forget all about it in a week.


Now I’m coming into this review with a pretty middle-of-the-road perspective. I played a lot of the first two Battlefronts, I enjoyed them a ton, but I don’t have the nostalgic love for the games that many seem to. And I gotta say, I just don’t think the new game nails it, tonally speaking. It’s clearly a Star Wars game, and a lot of the game aspects are similar (objectives, heroes, etc.), but it just doesn’t feel right. Maybe it’s the lack of NPC troops, or classes, or other small but important changes, but it feels more akin to Battlefield than Battlefront (unsurprising, considering it’s being developed by DICE, the devs responsible for Battlefield). The actual shooting mechanics feel almost exactly like a slower Battlefield minus some of that series’s nuances (like drop distance and spotting), and it certainly feels odd to be able to casually shoot someone with your blaster rifle from 5 football fields away.

The beta features three different game modes: Survival Mission (a single-player or co-op style horde mode), Drop Zone (a control point 8v8), and Walker Assault (the battle of Hoth, complete with AT-ATs and Snowspeeders). Survival Mission was fun, though with only half the waves and one difficulty level available it was easily beaten and easily forgotten. Pretty standard as far as wave-based game modes go; I had seen all there was to see in around 10 minutes. Drop Zone was equally unremarkable, though still fun. You and your opponents rush to the control point and try to defend it for a minute or so until the next one pops up. The map (taking place on new planet Sullust) was pretty samey though, all black rocks and cliffs, which didn’t add much in the way of gameplay variation.

But it’s Walker Assault that’s gotten the most attention, and is also the most frustrating. It’s an asymmetrical game mode, with the Imperials trying to get their AT-AT walkers to the goal while the Rebels attempt to destroy them. Much has been made online about the imbalance of the mode, and it seemed pretty clear from my (10 or so) rounds playing that these concerns are valid ones. I only saw the Rebels drop the AT-ATs’ health by more than 25% in one of the rounds I played. There are also severe spawn camping issues, allowing the Imperials to roll right up to the Rebel base and pin them in with ease. EA has acknowledged the balance issues, so we’ll see how the mode gets adjusted by release.


The ship flight is adequate, and it has a nifty “lock on” mode that allows you to track other pilots more smoothly, but the ships feel clunky and slow, and can’t maneuver like you’d think they would. Being unable to turn sharply in a TIE fighter or A-Wing seems like such an odd design choice that I’m again forced to assume that DICE used the blueprints from the somewhat more realistic Battlefield planes. There are “tricks” that allow pilots to perform U-turns and other moves, but these are on cooldowns and add little to the dogfight.

“What’s in a name?” some dead guy asked at least 50 years ago (Churchill, maybe? Mozart?), and the answer is clear – a lot. Battlefront isn’t much more than a re-skinned Battlefield with less to do, being sold on the fond memories of its predecessors. At least that’s the way it seems by the beta. Imbalance, odd design choices, and dull level design all play a part in making this long-anticipated sequel come out with less of a bang, and more of a flaccid “meh”.


You would think that the point of any open beta this late in development would be to put their best foot forward, to generate more hype (which isn’t possible, if the front page of Reddit is any indication), and maybe iron out some bugs along the way. If this is Battlefront’s best stuff, I’m even less enthused for the full game than I was before. It’s not bad, and it looks and sounds great, but Star Wars Battlefront as it appears in this beta is a game destined to be played and forgotten, which is probably just what EA is expecting. It’s a solid 6/10, but for a big deal IP like Star Wars, that’s just not good enough.