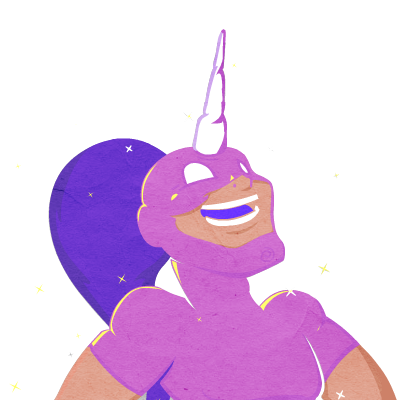 Okay. So here’s the thing about SpeedRunners: it’s not a race.

Not in the traditional sense of the word, anyway. It doesn’t matter how fast you get to the finish line. Instead, what really matters is your mastery of the level — the exact same way it does for actual speedrunners. And that’s what’s hooked me in.

SpeedRunners is a 2D platformer where you double-jump, grappling-hook, and powerslide your way through a variety of levels. You’re competing against three other Runners, and you do laps of the level, dropping power-ups on your opponents and trying to stay as far ahead as you can. If you fall too far behind, you get eliminated, and the screen begins shrinking around the three other Runners. Repeat the process until there’s only one Runner standing. That Runner gets a blue medal. Three blue medals wins you the game.

TinyBuild has done something pretty genius here. Like other racing games, knowledge of the level is required to do well. But by making it an endurance challenge, instead of something with laps or times, the game pushes you to tune your execution in a way no other racing game I’ve played has done.

The art is a fun, playful mix of Art Deco influences with comic-book sensibilities. The music does a nice job of underscoring the pressure inherent in the gameplay; electric guitars and pulsing piano chords change as soon as a Runner is eliminated, giving way to strings full of cinematic tension. Overall, the game shows a lot of polish for an Early Access title.

But the most important part, as with any platformer (or racer, for that matter), is how it handles. And SpeedRunners has knocked it out of the park so far.

It’s elegant and graceful, more like N+ than Super Meat Boy. A wise decision on TinyBuild’s part, I think. The extreme precision of Super Meat Boy is fine for solo play, but would be distracting with SpeedRunners’ no-split-screen gameplay and multiplayer shenanigans. It’s very easy to predict where a given jump, double-jump, double-jump-into-slide, or change of direction with the grappling hook is going to take you, and that lets you focus on tuning your execution and staying ahead of your competitors.

Frankly, the game is a joy so far, and I look forward to its full release.

SpeedRunners is available on Steam for $9.99, and also has a free Party Mode demo available. The game is currently in Early Access.

Jesse has logged 10 hours of play in SpeedRunners prior to writing. The game was purchased normally on Steam.