BASELine: Rise of the Tomb Raider 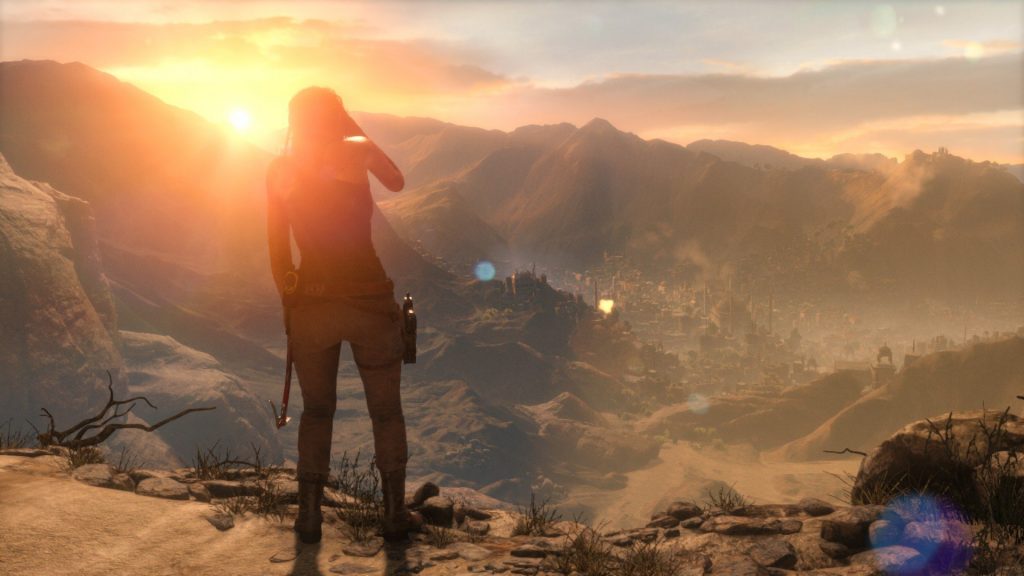 Confession time: *deep breath* I have a huge girl crush on Lara Croft.

Smart, crafty, adventurous; she’s always been a refreshing character to play. And when AYB received a copy of Rise of the Tomb Raider for review, I threw myself out there like Katniss at The Reaping in the first Hunger Games.

The relaunch of the series’ first installment was awesome, and from the Xbox One demo I played at PAX, I had high hopes for this one.

I have another confession here as well: I am not a huge PC gamer. I usually stick to console, having grown up in a PlayStation household. I’ve played maybe one or two games on PC in my life. So initially, I wanted to hook up a controller for my sad, clawed hands and call it a day. But I sucked up my console pride and played it as it was meant to be played.

After a few warm up attempts (a.k.a., dying the horrible and graphic deaths that Tomb Raider is very much known for), I picked it up easily, much to my surprise. And that’s pretty much what you want, especially for those who are new to PC gaming and jumping into a great title.

So here’s what I think so far, in the first almost two hours of playing,

As I mentioned, this game plays beautifully and easily. You start off in the snowy landscapes of Siberia, scaling over mountain cliffs and climbing ice walls to reach their tops. Lara’s trusty axe from the first game returns, serving as an essential tool for pretty much everything, whether you are crafting, demolishing normal walls, zip-lining, or, yes, even climbing the previously-mentioned ice walls.

Puzzles and exploration are a staple in the Tomb Raider games, and Rise of the Tomb Raider keeps true to that tradition. In Rise, they’re not too hard, but not so easy that you can breeze through them. I’m finding that some of the puzzles so far favour reaction times, having you shoot down or grab ledges within a limited timespan.

Timing and reaction is also important when it comes to traps, with some even requiring you to shoot a contraption or else die a cruel, graphic death. If there’s one thing I appreciate about PC, it is definitely a little easier to aim a gun and shoot at moving objects.

I also need to rave a little, here — and this might seem like a really silly thing, but keep in mind, I have very little experience playing PC games! — I really appreciate that when you press a button to walk/run backwards, that you actually turn around and walk/run in that direction! In the past, I’ve played PC games that make you do a side step, a jump back, or a slow back step first, AND I HATE IT. Rise makes navigating a million times easier, especially for my sad, clawed controller mitts.

Can we talk about how beautiful this game looks? Can we? Like daaaaaaayum. 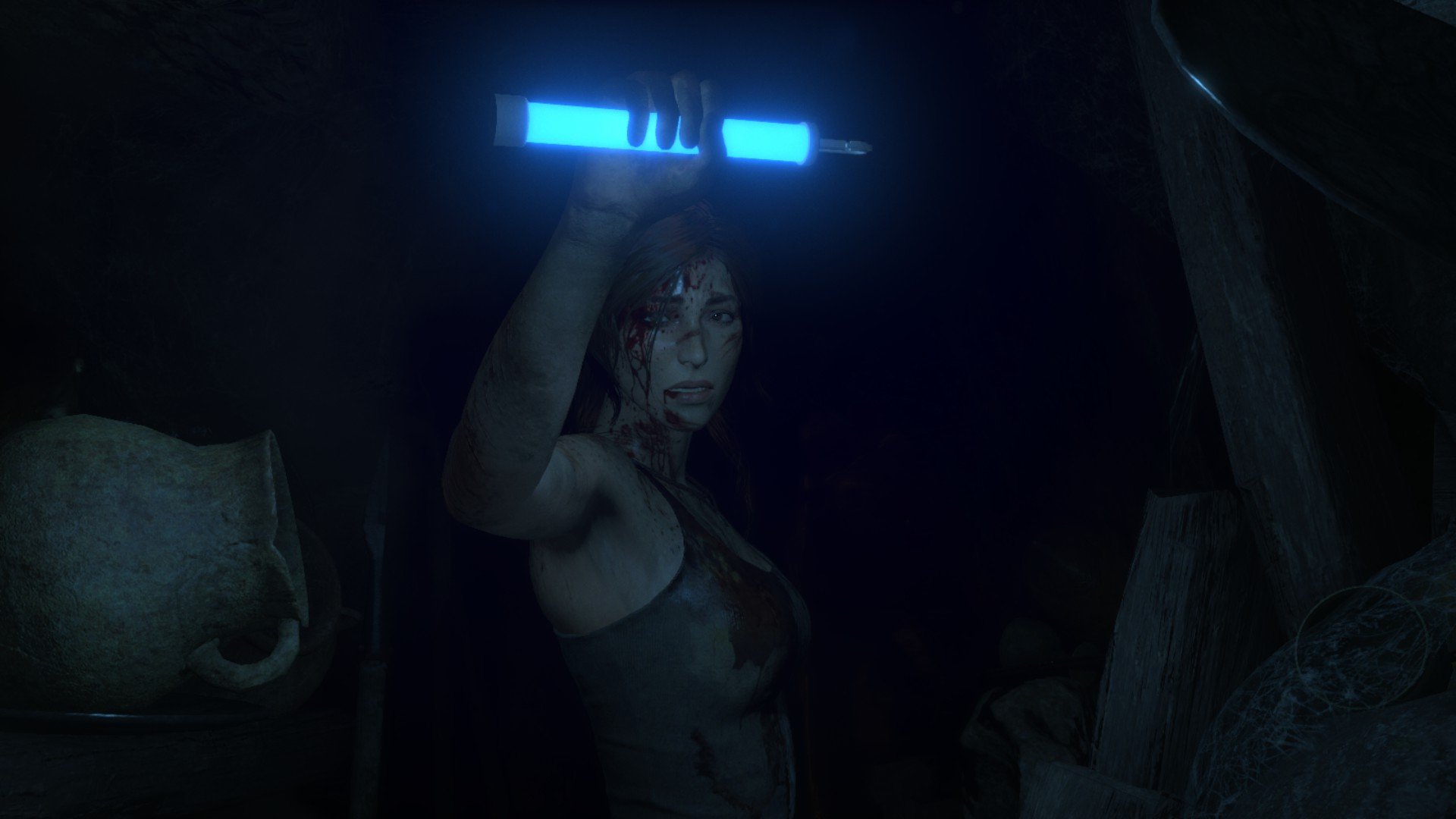 There was no expense spared in the development of this game, especially with the in-game graphics and cinematics. I didn’t take screenshots, unfortunately, but one of the critical early cut scenes between Lara and her stepmom boasts some amazing renders, down to the details of the leather on Lara’s jacket and the pores on each character’s skin. I think I even recall saying, “Holy crap, that looks like real leather on that jacket!”

I have yet to find any hilarious graphics bugs — which means that this game is off to a great start, in terms of impressing me.

Taking place one year after the events of 2013’s Tomb Raider, Lara finds herself struggling to describe her experiences at Yamatai. Her late father’s findings lead her to the lost city of Kitezh, in search of the secret for immortality and the conclusion to his research. The trouble is, a mysterious Illuminati-like order called Trinity is hunting for the same thing…

In the first hour alone, Lara scrambles up icy mountains amidst falling ice and deathly precipices, encounters the dangerous leader of Trinity for the first time, and races out of the Tomb of the Prophet as it crumbles around her, with a wave of water threatening to catapult her out of the mountainside entrance.

If that isn’t exciting, I don’t know what is.

So far, I am impressed with Rise of the Tomb Raider, and I’m excited to sink my hawk-like controller-talons into this title more. Stay tuned for the full review, where I will journal my adventures as I live vicariously through our intrepid heroine and give you my the final verdict.

Kate is a contributor and a Graphic Designer for AYBOnline, and producer on the Level 1 Scrubs podcast. She is working with a physical therapist to repair her hands, so that she can raid tombs IRL. Feel free to follow her on Twitter and Facebook, where she posts updates about her creative projects!