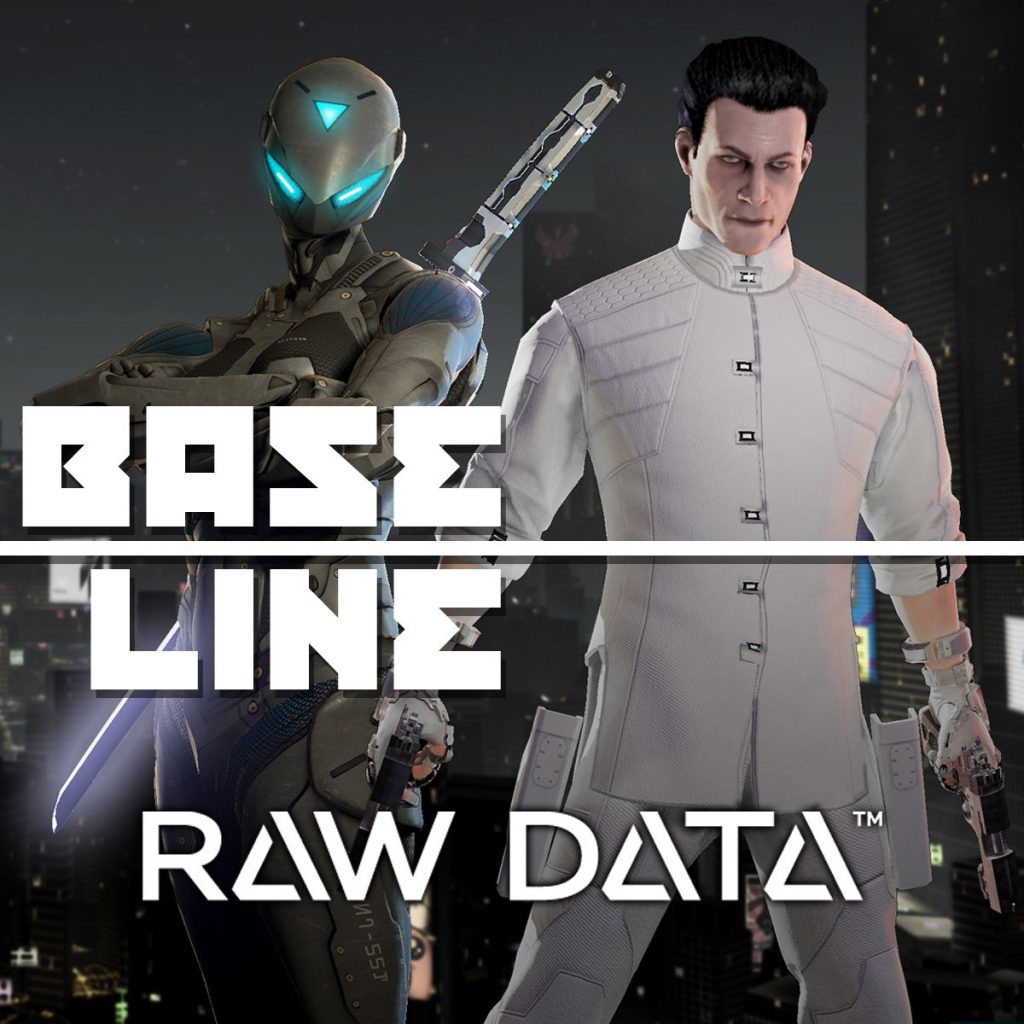 If I’ve learned anything from the first couple of months with my HTC Vive it’s that gunfire and VR go together like a peanut butter and jelly sandwich. But what if you threw in some killer robots, a sassy AI, laser swords, and a whole lot of high tension action? You’d have one of the tastiest sandwiches ever! Only that sandwich is known as Raw Data.

Raw Data by developer Survios has already made its mark by topping the Steam charts for July sales and it’s only just getting started. Even though the game is only in early access, it already looks and feels better than a lot of complete games that have been available on the market for months, so let’s start there.

Upon starting the game, you will notice the polish that has already gone into the game. There are no generic floating fonts or cookie cutter graphics here. Raw Data has a fully modeled environment housing Interactive menus so you can get a feel for movement and controls without diving head first into the missions.Granted, their menus could use a little retooling to improve navigation and clarify what exactly you are trying to do. I spent a good five minutes trying to activate a training mission and I accidentally started the first mission instead. I then realized after I completed the first mission that the training areas were

Granted, their menus could use a little retooling to improve navigation and clarify what exactly you are trying to do. I spent a good five minutes trying to activate a training mission and I accidentally started the first mission instead. I then realized after I completed the first mission that the training areas were actually to the left and right of the starting area. As with many VR games, physical navigation uses blink movement which helps to alleviate motion sickness by teleporting point to point through the environment. They have put in a very quick blur movement to make it feel like you’re dashing from point to point but I hope they allow users to turn this off as it could still lead to motion sickness if played for extended periods of time, especially for the amount that you need to move in this game.

Movement aside, one of the best feeling actions in the game is shooting and reloading. The character you start the game with has a single handgun and it is reloaded by grabbing a clip off of your belt and moving it towards the gun which triggers a reloading animation. Also, while firing, you can stabilize your firing hand by holding your other hand under it like firing a real gun, but I have yet to figure out if this actually improves accuracy or just physically feels more stable.

Now, unfortunately, the gun play is not all sunshine and puppy dogs because the game doesn’t scale nicely with the fact that you’re using a tiny pistol with a 15 shot clip and manual reloads. If you want an accurate feeling of what it would be like to be in the middle of the final scene of “I Robot” holding a pistol, this would be it. When you are standing in the middle of the stage and the normal robots are coming towards you in pairs it’s not too bad, you pop some head shots and smirk because you feel like a bad ass.

The problem is even in the first level; things get so hectic that you will constantly be scrambling for a clip to reload that won’t appear, you’ll accidentally keep swapping which hand your gun is in and sometimes you even accidentally holster your gun while you’re frantically trying to shoot at an ever increasing number of robots. The issue is that they have mapped the pinch buttons on the Vive control to grip everything so holding the gun near you other hand and pressing those buttons will switch hands. And when you’re moving and crouching while trying to grab at something on your virtual belt, half the time the game doesn’t know you’re going for a clip which leaves you completely vulnerable especially with your gun only carrying 15 shots at a time.

Fortunately later in the game they do unlock the ability to bump your gun on your hip to auto reload it because they also unlock the ability to carry a second pistol. With the difficulty and chaos of the first couple levels, I feel like these should be unlocked from the start and maybe have an upgrade system in place to increase their firing rate and damage output instead of just artificially making the game harder by locking away the abilities and equipment that the character should have from the start of the game.

Now, with all that being said, the game is still in early access and I’m certain that they will attempt to balance out the controls and gameplay so it won’t be so ridiculously hard. But even with those issues, the game is still an absolute blast to play. The shooting feels solid and is oh so satisfying to ring a few headshots in a row. The environment and robot design is on point, and the immersion is second to none of all the Vive games I’ve played.

Raw Data is currently on 20% discount on steam until August 2nd and you can pick it up for $35.19 and it is absolutely worth it and I cannot wait to see where the game goes from here.