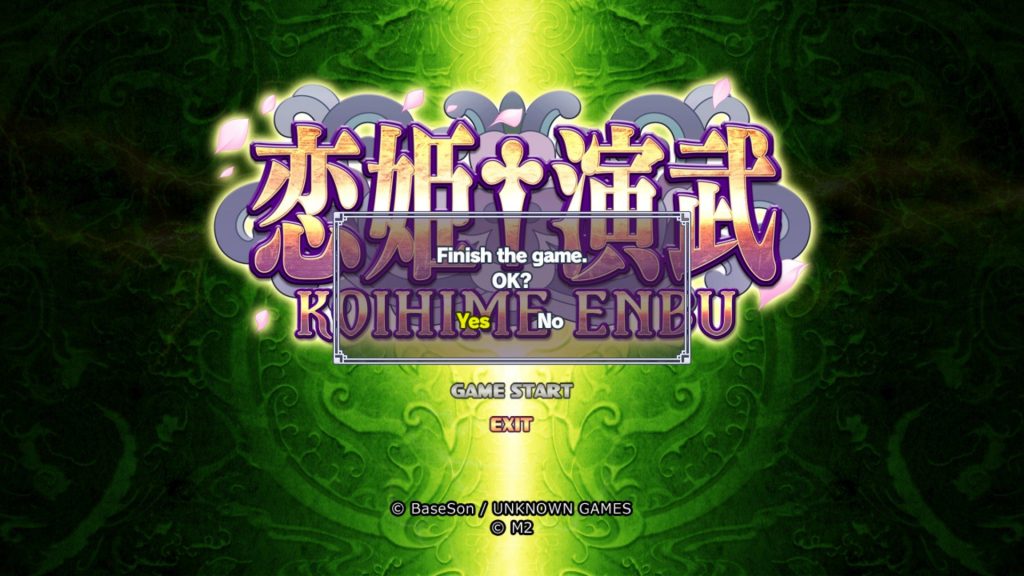 Fair and Square! declares the splash screens at the start of the fight, adorably. But the scythe my character Soso is holding bespeaks of a less adorable 90 seconds on the way. 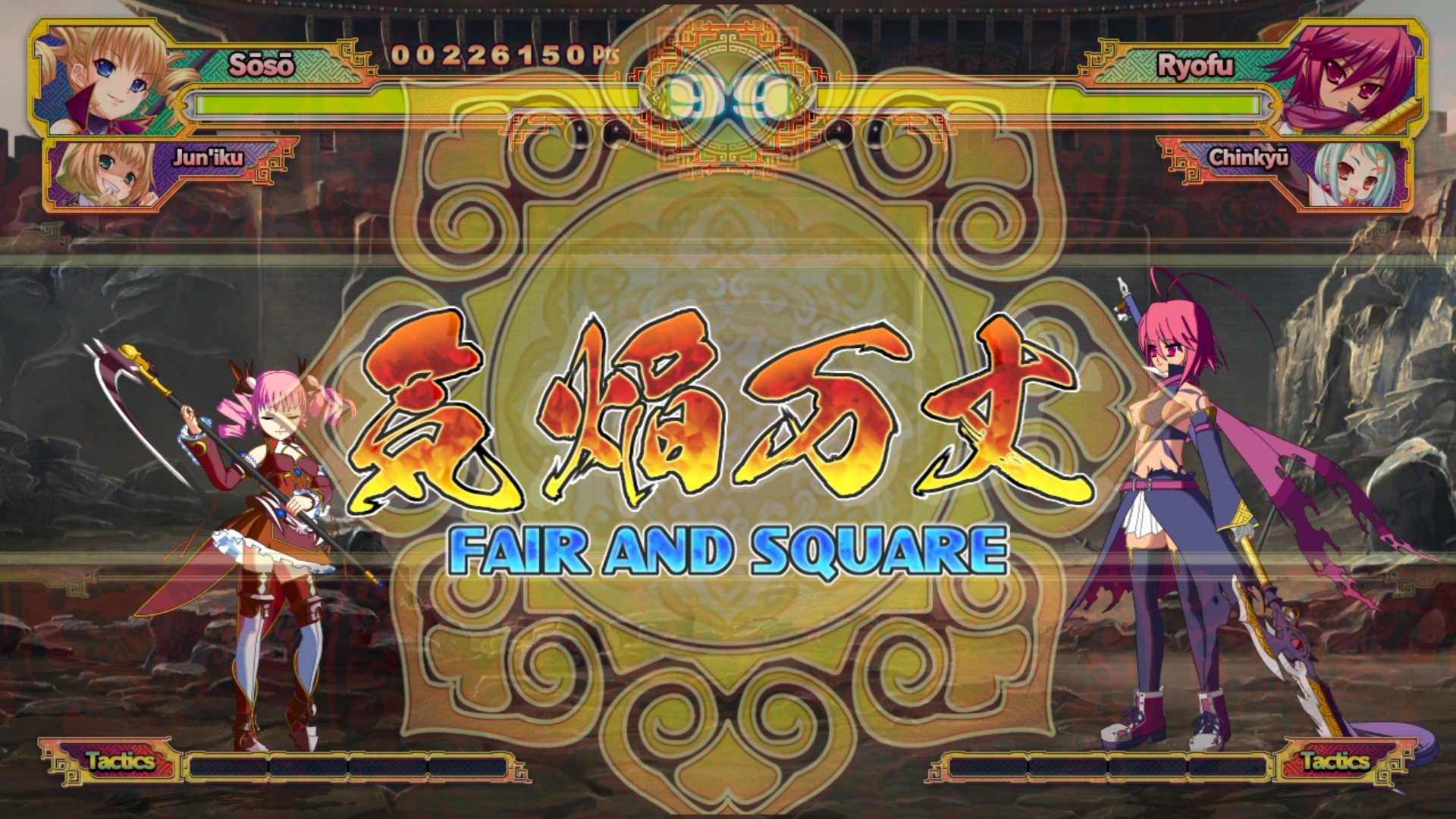 We’re going to get one thing out of the way real quick: this game gives me fanservice vibes. I won’t go into the details, and it’s all pretty PG-13, give or take. The short version is, if you like media featuring animé women, Koihime Enbu is right up your alley, with thirteen playable characters and a world derived from Luo Guanzhong’s Romance of the Three Kingdoms novels. The art and trailers do a more than adequate job of communicating the world and its aesthetics, and if those aren’t enough, the numerous unlocks in the Gallery section are sure to scratch that itch for you. 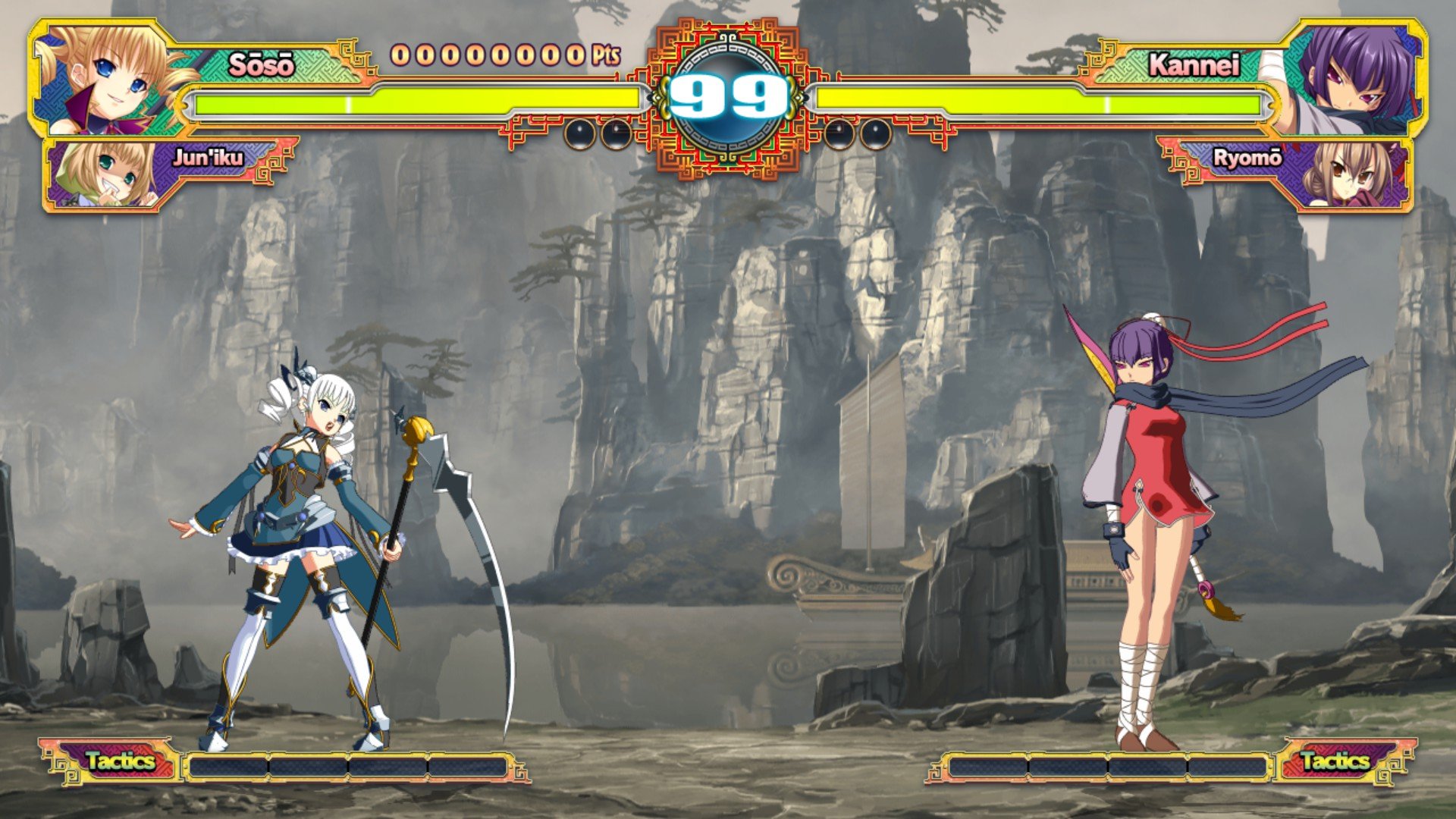 Me, I’m more of a fighting-game guy, so that is what I will focus on.

In Koihime Enbu, developers M2 Games attempt to create a place where Soul Calibur mechanics meet Street Fighter precision. The characters are tall, move with more grace than speed, and generally wield weapons of some type (aside from Gakushin, one of my favourites, who just beats people down with gauntleted fists and no chill whatsoever), much like in the Caliburs of yore. But the 2D graphics, precise zoning, and move animations that freeze for just the right length of time when you hit somebody all belie the Street Fighter influence that M2 is very clearly going for. 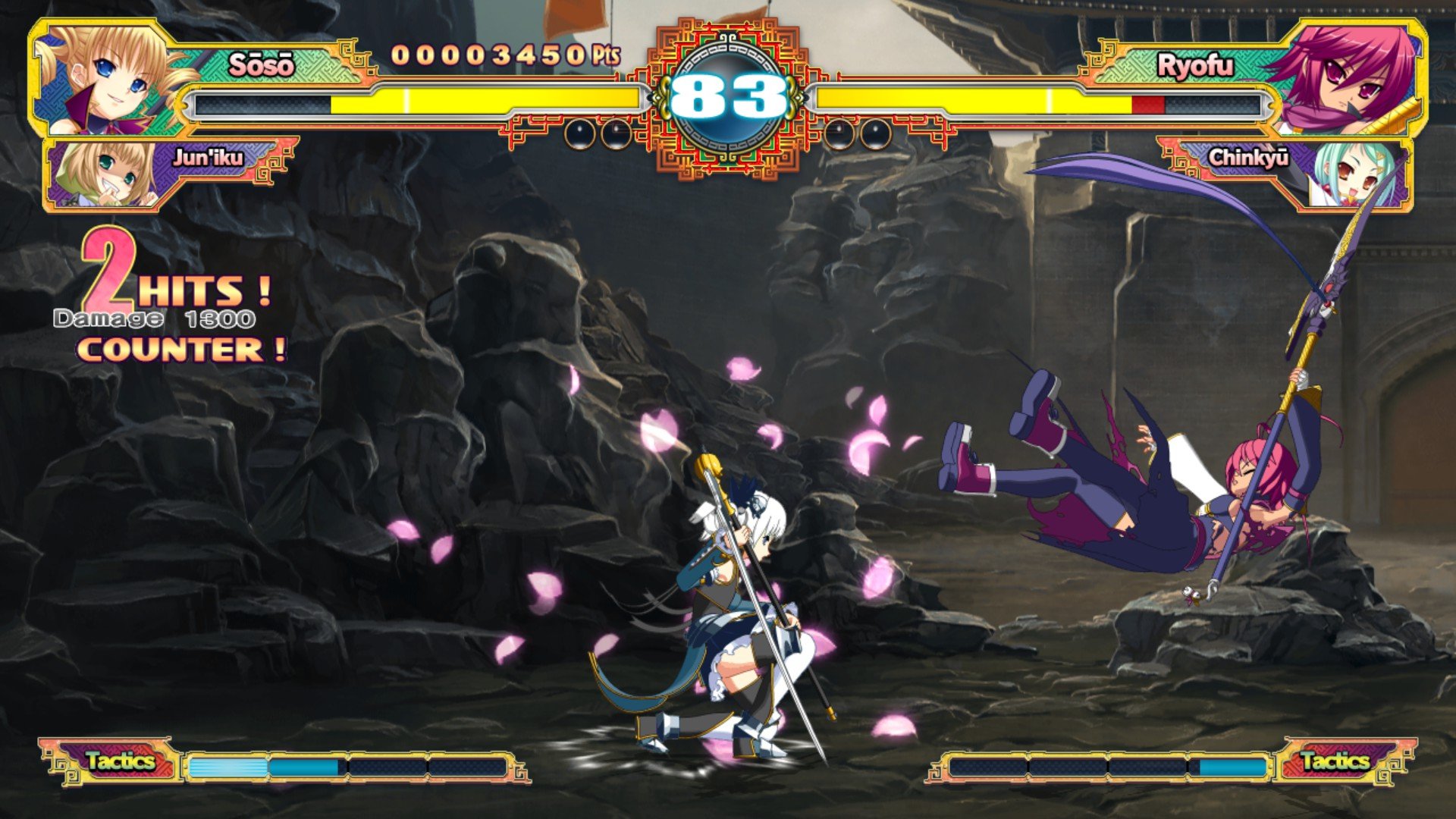 Further in that vein, the Fatal Counter system and the SF-esque simplicity of the special moves add to the crunchiness, as does the “Tactician” sidekick character you can select, who will leap in for a strike that allows you to either poke through the opponent’s guard or extend a combo. The juggling — fighting-game juggling, eyes up here, people — is real, folks.

And it works… pretty well. If you factor in the fact that this is M2’s first entry into fighting games, it actually works very well. If your name’s not Capcom, you generally have to make a Masters of Teras Kasi or a Rise of the Robots before you get into Tekken and Skullgirls territory, but M2 is already knocking on the door.

The game’s issues are limited to the (adorable) lack of localization, the less-than-comprehensive training mode, and a general floatiness in the characters’ movesets. Most of these are pretty get-over-able — the training mode is fine, the floatiness is pretty standard for weapon-based fighting games. But when a menu asks me to “Initialize” a choice, or when I’m attempting to exit the game and the dialog box asks if I want to “Finish the game”, it causes a bit of a head-scratch, though not a deal-breaker. 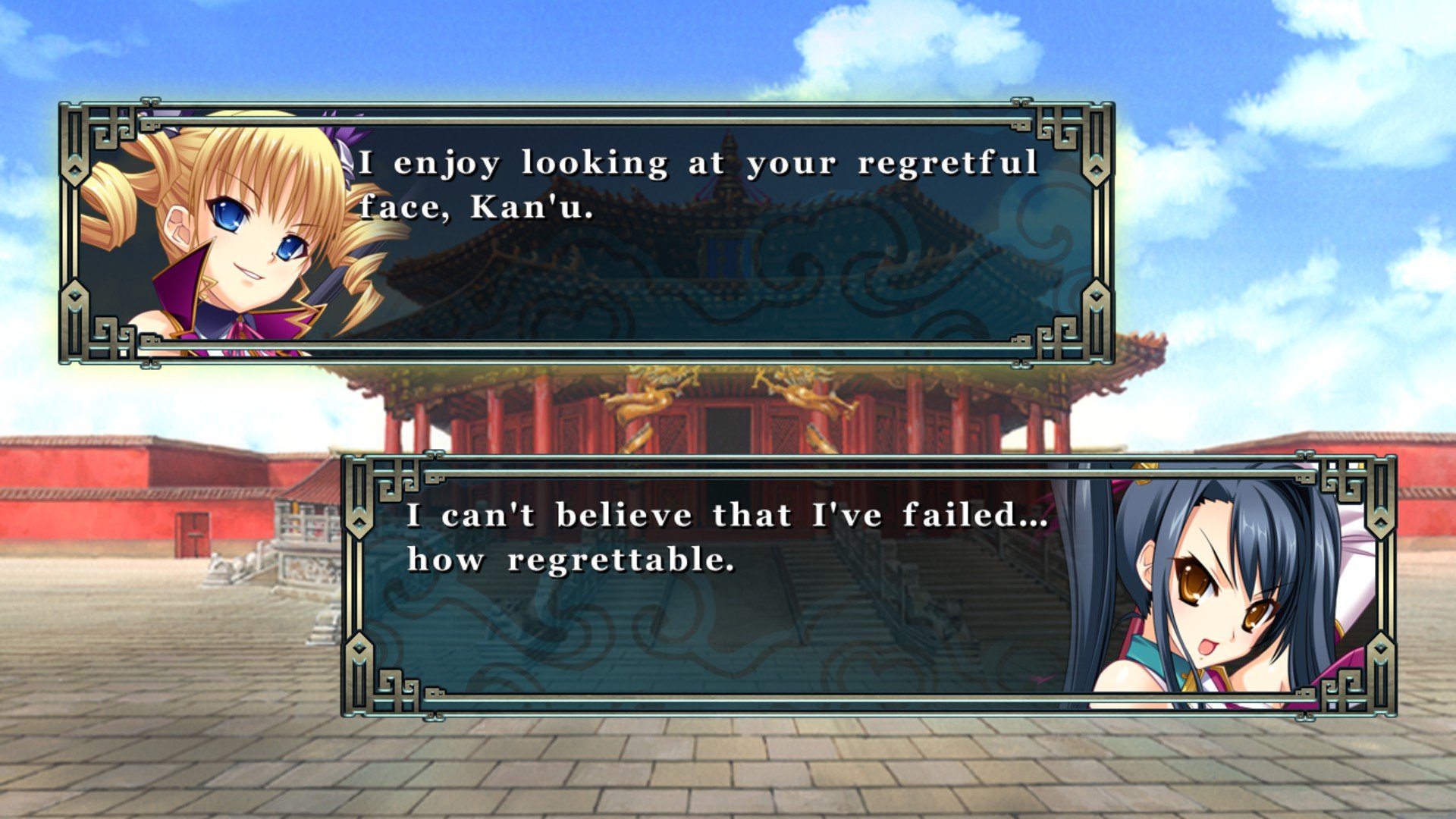 All in all, Koihime Enbu is a very solid entry into fighting games for M2 and Degica. If you’re looking for a solid fighter that rewards technical knowledge and Street Fighter V burned you earlier this year — and you’re okay with playing the animé-est of games — I definitely recommend Koihime Enbu.